Yesterday afternoon, I gave into temptation and spent some time at Chicago's annual Printer's Row Literary Fest. When I attended last year, I bought about five or six books, which isn't that many compared to other book lovers, but still more than I usually gather in one setting. This year, given my current unemployment, I didn't want to go and end up spending money that I should be saving, so for roughly a day, I had it in my mind that I'd be staying away. Of course, as the afternoon rolled around, I found myself getting awfully twitchy, so I thought "to hell with temptation," and hopped on the train to do some walking around. The sunshine was utterly glorious, especially since I was heavily rained on last year. However, no matter what the meteorological state, dozens upon dozens of tents, filled with books, is always exciting.

This year, the atmosphere was special. As I've documented before, I was laid off from a career with a large chain bookstore (Borders), and even while I was employed, I found myself feeling guilty whenever I browsed one of Chicago's many independent bookstores, since my company was criticized for aiding the decline of smaller booksellers nationwide. Perhaps the special atmosphere was merely internal; however, and I'm going to go ahead and state the obvious. It's reassuring to see that physical books are still popular enough to draw thousands of people to a small area only a few city blocks in diameter. Granted, one has to wade through piles of used James Patterson and Nicholas Sparks paperbacks, but even on the second day, there was more than enough of a great selection. I also do what a lot of people do in that situation, namely browse and hope that a rare or out-of-print title has gone unnoticed and untouched, just waiting to be purchased for less than ten dollars. This isn't the case. However, there's usually a much better chance of finding cool British paperback versions of American novels, and those tend to have much more vibrant cover illustrations.

A few things that were on my mind during and after Printer's Row Lit Fest 2011:

1.) Just like last year, I was delightfully taken aback by the number of books available by Jonathan Lethem and Paul Auster, two of my favorite writers. However, I didn't buy any of them, since logic annoyingly took over. I have more than a handful of books at home by these two that I still haven't read, and buying them would have been a clear impulse decision. Granted, I fully plan on eventually reading their entire bibliographies, but every time I took one of their works off of a shelf or out of a box, I browsed and scanned for a second, bit my lip, and put it back. I'm sure that I'll eventually acquire You Don't Love Me Yet and Levithian, but being in a financial situation that doesn't allow every impulse I want is, for lack of a better word, sobering.

2.) Speaking of browsing: Book lovers, I'm one of you. We're brothers and sisters, and there are few things as soothing and mentally stimulating as getting lost among endless rows of great books. However, given the Lit Fest set-up, this leads to a lot of "traffic jams." Everyone was incredibly nice and polite, but I wish that more people had done what I did, namely browse faster, move along, and allow the lines to flow smoothly. It's hard to look at titles between people's shoulder blades.

3.) In addition to the bookseller tents, various publishers, newspapers, and literary magazines had tables set up along the sides. My girlfriend, ever mindful of my search for a new career (or, at this point, a job of any kind), politely asked if I had taken any copies of my resume with me or picked up any publisher's business cards. I answered a sheepish "no" on both counts, since I'm generally unprepared for random networking (a trait I need to improve upon), and since I also went to the fest on a whim. However, she was right. E-mailing resume queries to Chicago-based literary companies is one thing; actually talking with them is something much better. It goes to show that, while I'm capable of expressing myself with words, deft at handling copy-editing, and generally knowledgeable about most things literary, I tend to lack common sense. That trait is carefully absent from my current resume.

4.) Speaking of networking: I'm always sympathetic to struggling, newly-published writers. In the near future, I hope to be in a position to have material (fiction and non-fiction) ready for potential publication, so currently, I'm a few rungs below people who have actually been published by some of Chicago's small presses. During my time at Borders, there were a handful of small signings, and it was both saddening and encouraging to see authors doing their best to enlighten and publicize their works with an audience of four, with two of the audience members being random homeless people. With this in mind, I struggle with being sympathetic to pushy writers hawking their works at festivals. Of course, word-of-mouth has helped many a title gain proper recognition. However, having a book thrust into my hands and engaging in unwanted smalltalk with an overly-earnest writer is occasionally awkward. I do my best to be polite, and I want to offer them a pat on the back when other festival-goers blatantly ignore them. I just hope that, when I see my works in print, that I go about promoting it in the right way. It's not my nature, but even if it was, I simply can't see myself pushing a book like a used-car salesman. I'm withholding the author's name and book, since I found him to be funny, but the way he went about it felt odd. I wish him the best, I hope he sold some of his works, but that kind of networking isn't for everyone.

I didn't scope out any of the event tents, but my good friend Rachel did some live-tweeting of her own in conjunction with the website Booksellers Without Borders. She jotted down some excellent notes and quotations, and had the foresight to compile them in their own post. Again, had I actually thought ahead, I might have done something similar. Luckily, somebody else was using common sense. Kudos, Rachel.

I should do this without reference to the Lit Fest, but I want to salute and support a few of the booksellers who always do a dynamite job, both in-store and in book festivals. If you're a Chicago reader or book lover, you probably know about and patronize these places, but even so, I want to tip my cap and promote a handful of these fine establishments. If you're not a Chicago resident and find yourself visiting, please take the time to enjoy the offerings and the amazing staffs of the following places. This is just a sample, but they are among my favorites:

And finally, I did end up making one purchase. I went into the festival hoping to find a copy of Sag Harbor by Colson Whitehead or Number 9 Dream by David Mitchell. I didn't find a copy of either, but, as is usually the case in a good bookstore (inside or outside), I managed to stumble upon something. Yes, this may have been an impulse purchase, but I'm not complaining. 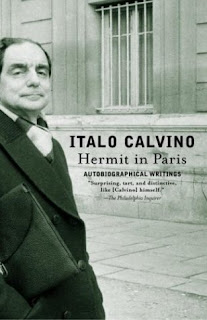 Email ThisBlogThis!Share to TwitterShare to FacebookShare to Pinterest
Labels: Booksellers Without Borders, literature

I sighed out loud when I read your description of the earnest author over-selling his new book. It takes me back to the those terrible "local author" events at Borders, which always made my heart hurt. It's odd, isn't it, the way just-published authors tend to forget what it was like to be a reader? How awkward and shy most of us are, and how terrible we are at face-to-face confrontations (even friendly ones)? I have no doubt you'll remember to be gentle with us (readers) when you have a book to promote. And I'm sure the salesman appreciated your attention.

Jenny--my feelings exactly. How does a newly published author, associated with a publishing company that likely has little to no resources for advertising, make a mark? The internet is terrific, but I looked at it from my own point of view: there are very few people who are born salespeople, and the notion of doing that would make me personally uncomfortable. I had to tip my cap to his attitude and sense of humor, but in reality, no matter how good the book, there's simply too much of a chance to alienate potential readers that way.