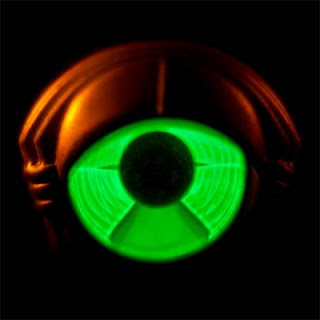 I normally hesitate to use the word "evolution" in regard to music, especially regarding My Morning Jacket; it's an easy stand-by term that tries to say a lot, without saying much of anything. However, their discography has shown signs of (slight) changes, or, more accurately, signs of a desire to branch out without completely distancing themselves from their origins. Their first two albums (The Tennessee Fire and At Dawn) were stunning, soulful records from the Louisville group, not exactly rock, but not exactly alt-country. The culmination was 2005's Z, one of the best records in one of the brightest music years. Their sound, combined with lead singer/songwriter Jim James' echoed vocals, seemed to have everything without being distracting: soul, electronica, and arena rock bombast. While topping that album is next to impossible, 2008's Evil Urges was a step back. There wasn't necessarily a need for them to live up to the previous work, but it was ultimately forgettable.

Recently, My Morning Jacket released Circuital, an album that plays like a scaled-down version of Z, but it takes a few listens to get that effect. The first track, "Victory Dance" is a good mix of hushed ruminations with increasing intensity, going back and forth between sketches of pastoral yearnings and frustrations. Lyrically, it leaves a lot open to interpretation, and I found it satisfying to read it as a sort of examination of the band's growth, especially with the rest of the album's sound as a context:

Should I lift the dirt and plant the seed
even though I've never grown
Should I wet the ground with the sweat from my brow
and believe in my good work?

"Victory Dance" segues into the title track, which begins with a wonderfully funky beat and James' voice used in his classic echoed reverberation. Using the above lyrics with my interpretation, the two opening tracks can represent My Morning Jacket's dichotomy/sound combination in a compelling fashion. The songs aren't separated by any break, yet manage to blend well, even with their differences. At their best, the band can be equally at home with songs that are both soft and more intense. While the opening lyrics hint at a division, it's not a problem that the band alternates the musical styles. Rather, it's a testament to their skills that their early works can be evocative in such a different format.

The middle tracks are strong, highlighted by "Outta My System," a song with an almost classic rock sound that elevates its serious musings on youthful mistakes and adult responsibilities. It's one of the shortest songs on the album, expressing its message quickly before moving on. "Holdin' On To Black Metal" is thematically similar, utilizing a strong chorus of voices, and possibility hinting to James' origins as a punk band singer before the formation of My Morning Jacket. However, towards the end, the song "Slow Slow Tune" goes into a completely different direction, a (yes) slow, beautiful song that is intentionally self-aware. It's almost a grown-up lullaby, and its distinction from the rest of the album works very well; it has the potential to be an unnerving break, but winds its way down to Circuital's end. 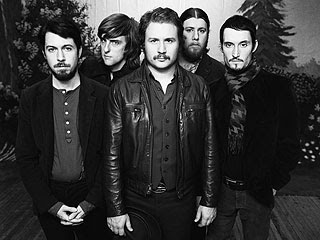 Circuital was produced by Tucker Martine, best known for his production work with The Decemberists. I'm not as versed in the behind-the-scenes work that goes into album production, so I cannot assuredly say how Martine's help went into the the final product. However, it's safe to say that he didn't seem to intervene too much. Despite the coincidental thematic similarities between the opening tracks of Circuital and The Decemberists' The King Is Dead, it's interesting to note the differences in styles between his production on the two vastly different albums (from two thematically different musical outfits). In the same general time span, Martine oversaw The Decemberists working a folk album as well as My Morning Jacket creating a new album that blends their usual sounds. Overall, it seems like a good case of My Morning Jacket going with what works.

Even though Evil Urges was a bland follow-up to Z, there was never a sense that the band had lost anything, nor does it feel like Circuital is a way to prove that they're still an extremely talented outfit. It's not their best album, but at the same time, it does highlight their strengths as it moves among the varying styles. I can't imagine them branching out farther into other styles, but perhaps I'm wrong; maybe in the future, they will show even more innovation. For now, Circuital would have been the worthy follow-up to Z, and if they stay in their usual styles, it still leaves a lot of room open for growth. Jim James is too talented of a songwriter and guitarist to have a serious lapse, and this album is a sign of the band's staying power.
at June 14, 2011

You have a fabulous blog! I want to award you the Brilliant Writer Blog Award for all the hard work you do!

I invite you to follow me, if you haven’t already done so, since we have a lot in common, but no pressure. I’m not giving you the award just so you will follow me. You really do deserve it!
Take care:-)

Go to http://astorybookworld.blogspot.com/p/awards.html and pick up your award.
~Deirdra

Let me know if you or someone you know is interested in being interviewed and I will send over the questions you can fill out at your leisure. My email address is Guidedhope (at)gmail(dot)com.