The Troubling Patterns of James Patterson 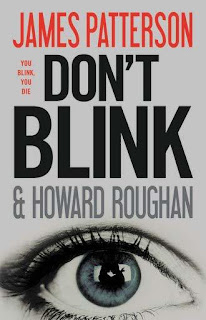 This last Tuesday, September 27th, James Patterson's novel Don't Blink was published. For several years now, even with the help of co-authors, I've grown more and more shocked at the sheer number of books that he's published. To me, it was perversely fitting that this latest work was titled as it was, because it lends itself to an easy joke: "Don't blink, or you'll miss yet another James Patterson book." Before I continue, it's important to note that, by writing this post, I'm engaging in a habit that I never do, that being critiquing an author whose works I've never read. If I had to guess, I would say that I've read ten pages of fiction written by Mr. Patterson, and even if he only published works every few years or so, I would not consider myself a fan. However, the numbers keep piling up, with one or two more titles slated to be released in 2010, and it makes me uneasy. I'm defending myself and offering these understandings because I try to keep this blog above the fray. It's much too easy for someone to hide behind some paragraphs and say "so-and-so stinks" or "so-and-so is a bad writer." I've always been a firm believer in constructive criticism; however, it pains me that some people may view Patterson as an artist, rather than a brand.

I found a wonderful, detailed profile of Patterson's empire and style, written by Jonathan Mahler in the January 24th issue of the New York Times magazine. The title, "James Patterson Inc.," is a tip-off, but Mahler's essay does highlight some of Mr. Patterson's good qualities, namely his appreciation of his fans, and his commitment to children reading. It's not a stretch to assume that anybody who critiques Patterson is leaving him/herself open to charge of elitism or snobbery. However, the mass-market scene has always been booming, and with so much serious literature that has the ability to appeal to a mass audience, it's disheartening that Patterson has such a lion's share of the attention. Mahler must have known that excess criticism or excess deference would have drawn ire on either side, but his profile hints at problems with Patterson's using literature as a business model. It's cold, and while any struggling author dreams of publication and a modicum of success, Patterson has taken it to an entirely demanding level.

"Unsatisfied with publishing's informal approach to marketing meetings, Patterson had expected corporate-style presentations, complete with comprehensive market-share data and sales trends. 'A lot of authors are just grateful to be published,' Holly Parmelee, Patterson's publicist from 1992 to 2002, told me several weeks earlier. 'Not Jim. His attitude was that we were in business together, and he wanted us both to succeed, but it was not going to be fun and games (Mahler).'" 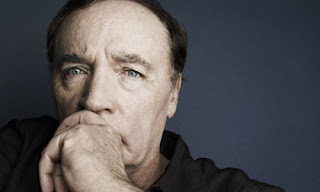 Patterson doesn't claim to be an an artist; on the contrary, he's upfront about his style."Patterson considers himself as an entertainer, not a man of letters (Mahler)." However, he's engaging in exactly the kind of hypocrisy that widens the gap between "elitism" and "everyday readers." While I've already written extensively about Jonathan Franzen as of late, I can't help but be reminded of one of his older statements. I don't have the exact quote, but he made the excellent point that writing a novel that you wouldn't want to read is the ultimate break of the contract between the writer and the reader. Patterson likes his style, but Mahler's profile paints two pictures, both of which are contradictory, and the last of which in one of the ultimate insults to writers and readers everywhere.

"Patterson's bookshelves are evenly divided between thrillers--books by Michael Connelly and Jeffrey Deaver--and more highbrow, literary fare like Philip Roth, John Cheever, and Denis Johnson. When I asked him what he was reading now, Patterson mentioned Wolf Hall by Hilary Mantel, the winner of the 2009 Man Booker Prize, and The Power Broker, Robert Caro's doorstop biography of Robert Moses. 'My favorite books are very dense ones,' Patterson told me. 'I love One Hundred Years Of Solitude and I'm a big James Joyce fan (Mahler).'"

The below citation is, to me, the aforementioned ultimate insult:

"'Jim was sensitive to the fact that books carry a kind of elitist persona, and he wanted his books to be enticing to people who might not have done so well in school and were inclined to look at books as a headache,' [former C.E.O. of Time Warner Book Group Larry] Kirbaum says. 'He wanted his jackets to say, 'Buy me, read me, have fun--this isn't Moby Dick (Mahler).'"

Again, there are scores of great books that has mass appeal--the works of J.D. Salinger, David Sedaris, and Margaret Atwood are just a few examples. But the fact that Patterson is such a supporter of important works, and such a prolific producer of, let's just say it, literary junk food, is hard to forgive. Just as literature is having a difficult time mixing with the digital age, it's also a unique art form in the sense that Patterson's empire would be hard to imagine in any other creative context. It would be akin to the Jonas Brothers extolling the brilliance of Radiohead, or Thomas Kinkade writing a critical analysis of the works of Jackson Pollock. Again, to quote Mr. Franzen: "I call it art, you call it entertainment, we both turn the pages."

Someone may read this post and think "Well, this is just your opinion." And yes, that's absolutely true. But James Patterson is not an artist, and I do not mean that in the stereotypical "starving and lambasting people who do not understand him" sense. He's a corporation all to himself, even in conjunction with his publishers. He's going to keep churning out his works (most of which, as explained by Mahler, he only writes the outlines for; the co-authors do most of the work). People are going to keep buying them. But at the same time, actual writers are going to be doing the same thing. There's plenty of space on the best-seller lists for Patterson and the likes of actual contemporary writers. The other writers will never match his sales numbers, but the fact that their focus is primarily on creativity says it all. If Patterson would just come out and say that he's in it for the money, these critiques would die down considerably. I'm going to put him out of my mind for now, at least for the next month or two, until I go into a bookstore and see yet another of his mass-produced works occupying the shelf. If that makes me a literary snob, then I'll gladly accept that label.

So...I've read a number of Patterson's books. Here's what I notice about his co-written ones: they are very different depending on the person with whom he's collaborating. Noticeably different. Which leads me to believe that the co-writer (not Patterson) has done most of the writing. Seems to me they are using Patterson's name to sell their books. Looks to me like Patterson serves, in those cases, to be more of an editor than an author. And, of course, Patterson is making some good dough from them as well. I'll still read, but I'm not sure he's all he's crackled up to be.