The Immensity Of Spaces: "Antwerp"

"When I consider the brief span of my life absorbed into the eternity which comes before and after--memoria hospitis unius diei praetereunitus--the small space I occupy and which I see swallowed up in the infinite immensity of spaces of which I know nothing and which know nothing of me. I take fright and am amazed to see myself here rather than there: there is no reason for me to be here rather than there, now rather than then. Who put me here? By whose command and act were this place and time allotted to me?"--Pascal (opening quote of Antwerp) 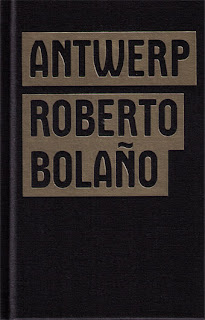 My readings and essays have been unusually current in the past month, and the review I'm posting to open September is no different. After my readings of David Mitchell and Gary Shteyngart, and before I began reading Jonathan Franzen's Freedom, which was published last week, I decided to bridge the gap with a look at Roberto Bolaño's Antwerp, a very slim early novel, one of several published this year by New Directions. Reviews and fanfare of this work are very minimal; casual Google searches have yielded few discussions or analysis, but I happily stumbled upon another book blog called The Mookse and the Gripes. In addition to being an excellent contemporary resource, the author of the site's Antwerp review made a simple statement, but one that highlights some of the critiques of Bolaño: "I always have doubts when I approach Bolaño, like I’ll realize what many suspect: that there’s nothing there." In past reviews, I hinted at the overwhelming speed at which the late author's works have been published. While I've long been a furious supporter of Bolaño's works, I can see the argument. He considered himself a poet more than a novelist, and many of his novels, even his greatest ones--The Savage Detectives and 2666--are long on beautiful stretches of narrative that may or may not advance the plots of the given works. As I found in Antwerp, even his sketches can be read as poetry in novel's clothing.

The novel (or, more appropriately, novella...or, even more appropriately, poetic novella) was published in English this year, and represents one of the earliest pieces by Bolaño. As he writes in the introduction: "I wrote this book for myself, and even that I can't be sure of. For a long time these were just loose pages that I reread and maybe tinkered with, convinced I had no time. But time for what?" It's composed of fifty-six chapters, none of which exceed two pages in length, and revolves around distinct yet intentionally blurry characters. Bolaño himself appears as the narrator, alongside a hunchback, an Englishman, a young woman in a possibly dangerous sexual relationship with a police officer, and unsolved murders at a campground. The natural inclination is that Antwerp is a mystery novella, but the reader isn't meant to solve anything. The characters come and go, and the initial confusion is filled in with incredibly detailed descriptions.

"The Englishman spotted him through the bushes. He walked away, treading on pine needles. It was probably eight o'clock and the sun was setting in the hills. The Englishman turned and said something to him but he couldn't hear a thing. It occurred to him that it had been days since he'd heard the crickets chirping. The Englishman moves his lips but all that reached him was the silence of the branches moving in the wind. He got up, his leg hurt, he felt for cigarettes in the pocket of his jacket (Bolaño 40)."

There are also semi-philosophical musings that, depending on one's appreciation of Bolaño, can be viewed as insightful or nonsensical:

"To name is to praise, said the girl (eighteen, a poet, long hair). The hour of the ambulance parked in the alley. The medic stubbed out his cigarette on his shoe, then lumbered forward like a bear. I wish those miserable people in the windows would turn out the lights and go to sleep. Who was the first human being to look out a window? (Applause.) People are tired, it wouldn't surprise me if one of these days they greeted us with a hail of bullets. I guess a monkey. I can't string two words together. I can't express myself coherently or write what I want. I should probably give up everything and go away, isn't that was Teresa of Avila did (Bolaño 12)?" 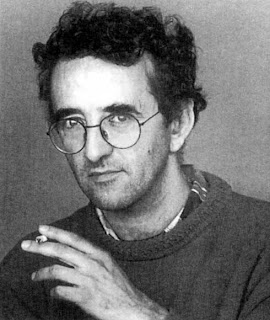 The quote on the back of the English publication of Antwerp is one that has been quoted numerous times. Bolaño stated that Antwerp was "the only novel that doesn't embarrass me." While this may be an unabashed defense of the writer, I feel that two different hypotheses could be used to counteract any criticism levied on this title. One, he never intended to have it published. As he said in the quote I cited above, it began as a scattered collection. Perhaps (and this is obviously just my own opinion) he viewed Antwerp as less embarrassing is precisely the same reason it might be viewed as one of his lesser works. It's definitely his least "novel-like" story, and while it may be the trials and errors of someone discovering his literary voice, there's a definite atmosphere of someone more inclined to poetry attempting to fashion a novel. Two, it reads like a personal notebook draft. Yes, it could have been edited and shaped into a more coherent, "tidy" work, but it holds up well on its own, and virtually demands re-readings (I'm currently up to two, not including multiple looks at the varying chapters). Will this only appeal to Bolaño completists? Perhaps. But even in his younger years, his intelligence, gift for descriptions, and confidence are very evident. One of the best examples is Chapter 20, entitled "Synopsis. The Wind." In the chapter, which I'll cite in its entirety, Bolaño sums up the plot of Antwerp, adds a few poetic flourishes at the end, and seems to present it as a tongue-in-cheek look at the book as a whole. I do recommend Antwerp, because in all of its confusion and possible meanings, it requires a lot of thought, and at the very least, provides wonderful poetic inclinations and healthy surrealism, depending on a reader's state of mind.

"Synopsis. The hunchback in the woods near the campground and the tennis courts and the riding school. In Barcelona a South American is dying in a foul-smelling room. Police dragnets. Cops who fuck nameless girls. The English writer talks to the hunchback in the woods. Death throes and an asshole from South America, on the road. Five or six waiters return to the hotel along a deserted beach. Stirrings of fall. The wind whips up sand and buries them (Bolaño 29)."