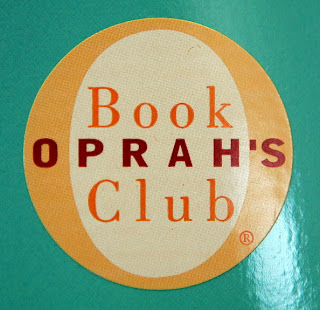 Just over a week ago, following many speculations and whisperings, Oprah Winfrey selected Jonathan Franzen's Freedom as her latest Book Club pick. This didn't come as as shock to me when it was announced; as a bookseller, I had seen copies of the book affixed with the Oprah sticker (as a side note, it's a relief that the sticker actually matches the color scheme of the novel's cover, so it's not such an aesthetic eyesore). Before the announcement, some anonymous booksellers had leaked photos of Freedom as the Oprah Book Club title, thereby rendering any speculation as fact. The literary world normally doesn't lend itself to gossip, and this is fairly tame.

Whenever Oprah announces a Book Club title, said work becomes an instant best-seller, not that Franzen's latest needed any help. However, the selection would not have been such a major event had it not been for the tension between the two people back in 2001. Franzen's previous novel, The Corrections, had been selected by Oprah, and afterward, Franzen gave an interview to Powells.com, and his comments on Oprah, in addition to being both critical and praising at the same time, were very easy to take out of context. The interview can be read here in its entirety, and this part of the conversation was the center of the ensuing uproar, which led to Winfrey disinviting Franzen from her show, since he was "seemingly uncomfortable" with the invitation.

Dave [Weich]: I had recommended The Corrections to a friend. A few days later, Oprah announced that it would be her new Book Club pick. My friend soon emailed me to ask if I really thought he should read it.

Franzen: Now I've signed a big label deal and I'm playing stadiums, how good can I be?

Dave: Exactly. But this is someone I very much respect, and I don't think his asking that question can be considered at all unusual. I'm sure thousands of people won't read this book for no other reason than the fact that Oprah recommended it. If you're that popular, the thinking goes, if you speak to the masses, you can't possibly be saying anything too intelligent.

Whereas from where I sit the authors that matter are the ones that can say something intelligent and thought provoking that a reasonably smart person can digest and enjoy. If you need a scholarly background to decode it, it might be great art but to what end? You might as well be writing in Latin.

Franzen: That's one of the perverse, not to say fetishistic responses to the obliteratively ubiquitous presence of buying in our lives: to say, "I don't buy the popular stuff, I buy the small label stuff," as if that makes you any less of a consumer. But I'm somewhat guilty of it myself, and it follows a pattern. Certainly in music, suddenly the band you like because it was not produced goes to a major label and becomes heavily produced. It's hard to think of a major label Mekons recording, for example. It's impossible because they would never do it.

But I'm with you, I don't think the same applies to fiction. The problem in this case is some of Oprah's picks. She's picked some good books, but she's picked enough schmaltzy, one dimensional ones that I cringe, myself, even though I think she's really smart and she's really fighting the good fight. And she's an easy target.

There were other quotes that added fuel to this fire, namely Franzen's wondering about his place in "the high-end literary tradition" and his concern about reaching a male audience. Strangely, in all of the discussions over Franzen's comments, nobody made any mention of Weich's words, some of which seem, in context, more scathing than Franzen's comments. This led to a lot of backlash, and despite Franzen's honest apologies, he was derided as (in his words): "a pompous snob, a real asshole." Naturally, nine years was enough time for this to die down, but with Oprah's Book Club focusing on Freedom, the old "feud" has been receiving some perverse nostalgia. When I heard about the selection, my gut instinct was that it was nothing more than a publicity stunt. These initial reactions also gave way to some positives, and the praises and critiques were equally given to both Winfrey and Franzen.

Winfrey (praise): She genuinely loved Freedom, and didn't let an old, unnecessary quibble get in the way of highlighting one of the best books of the year.

Winfrey (critique): It's a publicity stunt. It's the last season her talk show, and what better way to drum up some attention than by inviting an author with whom she's had issues with in the past?

Franzen (praise): He sent Winfrey a galley copy of his novel, along with a note, and was gracious enough to accept her Book Club selection, since genuinely considers himself an artist who wants to reach most people, not a select few.

Franzen (critique): Well, pretty much the same as Oprah's. 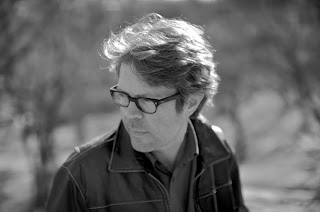 So when the Book Club pick was made, I was fully expecting a lot more buzz than has been given this event. Sure, quite a few writers and bloggers have made note of it, just like how I'm doing now. However, it has not been the overblown "stunt" that I thought it was going to be. Freedom is still
on top of the best-seller lists, as it was before Oprah's selection. Perhaps more will be made of this once Franzen appears on her show. However, there's much beauty in the relative silence over the issue: it proves that there is none. One can be a literary artist and mesh well with a mainstream forum. It worked for Toni Morrison, it worked for Cormac McCarthy, and it will undoubtedly work for Franzen.

To close, I'd like to return to an earlier statement regarding Franzen's concern about reaching a male audience. While it definitely appears sexist at first, with a little more understanding, it's not that way at all. My essay on Freedom discussed the very important topic that female writers do not get the attention of their male counterparts. However, on the opposite end, it's very telling that men are generally less inclined to read novels than women. Last week, I had the very good fortune to attend a discussion held in Chicago with writer Gary Shteyngart. During his talk, he made explicit mention of the fact that male readers make up a dwindling percentage of readers in general. Yes, there are the insufferable categories of "chick lit" and "dick lit." But, as literature moves further into the twenty-first century, female writers need more respect, and something needs to be done to avert the trend of non-reading men. A novel like Freedom, at least in my selling of it, has been scooped up by equal numbers of men and women. An intangible subject like literature really shouldn't have to be broken down by gender, but there are still many strides that need to be made. I personally don't have any answers, but the subject is alive and being discussed, and that's a great start, especially in literary websites and blogs. What better way to tackle the problems of reading and writing than reading and write about them?
at September 26, 2010