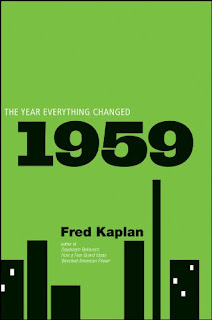 I was anything but a precocious or intelligent elementary school student, but even so, I'm sure my eight or nine year-old self would have been envious at the wealth of history books that have been published in my adult lifetime, works that would served as either replacements or healthy compliments to the bland textbooks. 2004's America: The Book worked as a wonderful spoof not only of American history, but of the layouts and banalities of standard elementary school textbooks. Historians such as Doris Kearns Goodwin and David McCullough have the ability to create works that are both intellectually stimulating and vastly entertaining. These are just two examples of good writing, but on the flip side, the market is saturated with history books that have blatant political agendas (hello, William J. Bennett) or attempt to capture niche markets (the American Civil War was undoubtedly multifaceted, and every battle and character seems to have at least two books devoted to the subject). I recently read Fred Kaplan's 2009 book 1959: The Year Everything Changed on the basis of its focus on a seemingly innocuous era, especially given the events before and after. I had a feeling that, for such a slim volume, it would lean towards the "niche" side of history publications. However, Kaplan's writings do reveal some pleasant surprises, or, for a better phrase, lesser known happenings in that year.

Fidel Castro's visit to the United States never seems to garner much attention, both historically or in contemporary analysis of his power. In other more partisan hands, the account of this visit could have been skewed negatively, but Kaplan does an excellent job of proper "historical journalism." In reality, The United States didn't know what to make of the young rebel, and the visit was viewed as a hopeful avenue to steer his fledgling government away from Communism. A visit like that (and, by extension, any event in world history) lends itself to the idea of the opposite direction. In simple terms, readers are either introduced to, or forced to think about, the idea of "what would have happened otherwise?"

Kaplan does hint at the "what ifs?" even if he doesn't devote much analysis to the potential outcomes. This is a history work, and what actually happened in 1959 is worth more than the potentials. However, the occasional sentence does lead to the occasional pause as to how history could have played out. In the chapter on jazz musician Ornette Coleman, Kaplan's account of a meeting between Coleman and record label owner Lester Koenig almost reads like a cinematic climax, bridging the gap between Coleman's creative breakthroughs and the possibility that it never would have happened.

"The timing was fortuitous. Coleman had given up on a life in music; he'd planned to go back to Forth Worth and get a normal job. The day he first met with Koenig, his mother sent him money for a bus ticket home. Now he decided to give jazz another chance (Kaplan 202)." 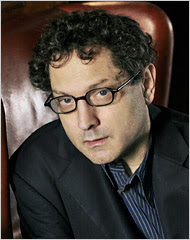 Analyzing every 1959 event that Kaplan includes would turn this into a tedious summary. The happenings include the emergence (and backlash against) Lenny Bruce; the crusaders and doctors who came together to create the birth-control pill; and another U.S. visit by a foreign leader, one that is better known than Castro's--the tense visit by Soviet premiere Nikita Khruschev, described in all of its emotions and potentials, for better or for worse. At times, 1959 runs the gamut from mere recaps of the events to more insightful narrative. Kaplan should be commended for highlighting such a whirlwind year, but, whether through his own time constraints or editing, the book does suffer from some faults. Depending on the subject, some of the chapters seem to go through the motions, especially "Civilizations In the Stars," a look at (then) modern science's search for extraterrestrial communications. From beginning to end, the research is impressive, but Kaplan is much more knowledgeable and enthusiastic about the art scenes in 1959. Kaplan's music writings are stunning, and highlight an obvious deep passion for the music of the era, combining both historical happenings with accessible analysis of complex musical theories. His looks at Coleman, Miles Davis, Jack Kerouac, and Allen Ginsberg are the most striking.

"A year before he wrote Howl, Ginsberg wrote to a friend, 'I have been looking at early blues forms and think will apply this form of elliptical semisurrealist imagery to rhymed blues type lyrics....internal variants and changes of form in midstream like conversational thought.' He later told a critic that Howl's cadences were inspired in part by a recording of Dizzy Gillespie's trumpet solo on 'I Can't Get Started (Kaplan 33).'"

While 1959 is a wonderful look at cultural developments, it does, as I mentioned before, feel constrained. For such vastly different stories, it's a relief that Kaplan didn't attempt to make hasty connections between such dynamic people, but the occasionally "encyclopedic" feel does put a sort of hold on an obviously talent writer. It's my hope that Kaplan will publish more detailed books on singular people and developments. For example, his knowledge of jazz could be applied to biographies of some of the lesser known artists and experimenters of that time. However, 1959 doesn't always go for the obvious stories and opinions, and what it does illuminate is done professionally, without any unneeded nostalgia or poetic waxing.

Shirley Clarke's Ornette: Made in America