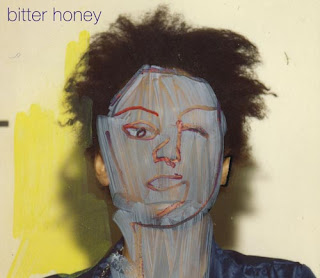 With a voice as distinct as Eef Barzelay's is (imagine Colin Meloy a pitch higher and a tad smoother), and given the instability of his band Clem Snide, it seems strange that he hasn't had a more prodigious solo output (the soundtrack to the independent film Rocket Science is worth its own write-up for this blog-a-thon). His 2006 album Bitter Honey never generated much buzz, except for some appreciative raised eyebrows for the provocative track "The Ballad of Bitter Honey." In addition to being a sorely underrated album, it also marked a small milestone for me as a music fan.

"The Ballad of Bitter Honey" is a slow ballad, telling a story not usually heard in modern rock/folk: Barzelay sings from the point of view of a rap video dancer, one who gets a lot of attention off camera, but not so much in the actual video ("That was my ass you saw bouncing/Next to Ludacris/It was only on screen for a second/But it was kind hard to miss"). She is confident, knows the power of her sex appeal, but has a story that's heartbreaking. Her mother died a poor housekeeper, which is only a hint at more sadness that undoubtedly lies beneath the surface. The dancer has an assertive message that comes at the end of the song: "Don't hate me 'cuz I know what this world is all about." Again, when Bitter Honey was released, the song received some attention, probably because Barzelay's voice and style was such an opposite from the lyrics. When I first heard it, I smiled at the opening, but the message became thoughtful and sobering immediately. He sets the listener up for an unexpected change in emotion.

The rest of the album falls (this is not a negative assertion) into fare which could be pegged as singer-songwriter material, but Barzelay wrote songs on this album that went against any preconceived notions I may have had. The notions might have come from Clem Snide's landmark album End of Love, which was full of lyrics that felt like a twenty-first century take on Bob Dylan's 1960s poetic music. As a soloist, Barzelay tones down his usually vast lyrics and opts for more concrete emotions. My favorite track off of Bitter Honey is also the saddest one. "I Wasn't Really Drunk" offers support and compliments to a woman who is an alcoholic, and it can be difficult to tell at times if the narrator's tone is genuine (albeit misguided) affection ("You look so pretty when you've been drinking") or bordering on predatory. However, as the song progresses, the listener is able to gauge the loneliness of both characters, and the unrequited love of the narrator. It also contains a line that could be cheesy, but Barzelay's voice (and the surrounding lyrics) pulls it off authentically: "I would gladly sip my champagne from your shoe."

So how was this a milestone for me? At the time, as my musical tastes were maturing, I was the kind of listener who, after moving from listening to basic Top 40 hits, could be subconsciously swayed by album reviews instead of going with my gut instincts. Bitter Honey wasn't panned, but the general consensus at the time was that it was decent at best. It remains one of my favorite albums, and I was able to appreciate it for what it was, regardless of the fact that it will likely never appear on any "best of" lists in the future. Despite my appreciation, I still wouldn't call it a classic; rather, it's one of many, many albums which could be called aesthetic gems. In my mind, it's the definition of underrated.

NOTE: Tomorrow will be the conclusion of "The Underrated Blog-a-Thon." Feel free to send me an e-mail (jyates3@hotmail.com) to let me know if you've updated your blog, or if you have any last-minute questions.
at March 26, 2009