Hunger and Desire: Ramona Ausubel's "A Guide To Being Born" 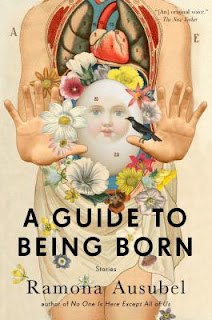 "Ramona Ausubel's 'Atria' is like too many New Yorker stories: 'daring,' metaphor-heavy, and ultimately bland (3 Apr 11)."

After a lot of searching, I found this Tweet disparaging one of Ramona Ausubel's story publications. The writer of this misguided assessment was both right and wrong. "Atria," like the rest of the pieces presented in the recently published story collection A Guide To Being Born, is indeed daring at times, and not worthy of sarcastic quotes. There are many metaphors carefully placed within the plot, but ones that progress the main character's feelings and developments (she's in the midst of a teen pregnancy, there's evidence of two potential fathers, and she astutely imagines her looming child as a series of animals). And finally, the story is anything but bland. It ends on a completely unexpected note, an act that is both vile and somehow oddly tender, and leaves the reader wondering just what is going through a new mother's head at the moment. If I ever have the fortune to meet Ramona, I owe her an apology, and I hope this serves as one: I myself wrote that Tweet back in 2011, and frankly, I don't know what the hell I was thinking at the time. While I still feel The New Yorker tends to publish fiction that falls into obvious weekly categories, I don't know why I singled out Ausubel's terrific fiction. I'm not making any excuses, but I in the midst of being laid off during that time period, and I wasn't as well-read as I'd like to hope I am now. I made myself scroll through nearly 2,000 of my own Tweets to find this one (from my early days of Twitter), and instead of deleting it, I'm saving it as a kind of penance. Ausubel's stories are amazing, and this is the least I can do.

Her fiction has been gaining a lot of steam lately, fueled by this debut collection (her first novel, No One Is Here Except All Of Us, was published in 2012). The stories are presented under subcategories, in backward fashion of expected progression: "Birth," "Gestation," "Conception," and "Love." While the reader is aware of these headings when reading the individual stories, the pieces are fiercely unique and singular. The subcategories are not set in stone, but rather serve as polite guidance. Right away, I was amazed at how Ausubel manages to blend entertaining fiction with doses of grim reality and original takes on magical realism. "Poppyseed," the second story in the collection, is told from the points of view of a mother and father. They are raising a retarded daughter who is entering advanced puberty. The father works as a guide in a ghost tour, and the mother writes letters to the daughter, exploring their day-to-day activities and actions. These letters are intensely honest, refusing to sugarcoat any emotions or realities.

"We went to the grocery store in the afternoon. I decided that I wanted to make a nice supper for us all. I chose a cart over a basket and made my way around the store with two sets of wheels, yours and the food's. I chose lamb chops and the makings for a salad. I put four red potatoes into a bag. I still think it's weird to cook for only two. You do not ever, not ever, eat what I make. I think you are ungrateful sometimes. I think you do not even see what I do. You laugh and smile while I measure your medicines and attach a new bag of food for you. You laugh and smile while I clean you.

An old lady in the cereal aisle stared up at me with my two vehicles. She looked into your bed and waited for me to pull you over so that she could pass.

Alongside these amazing looks at honesty, Ausubel can immediately take the reader on sometimes grotesque journeys. "A Chest of Drawers" is the literal title of one piece, as a young man's body forms his chest into a series of drawers. In that world, he and his pregnant wife take this development in stride: they're shocked, but quickly adapt to the changes. It's a great meditation on feelings of inequality and masculinity, as the husband and father-to-be tries and sometimes fails to be a supportive partner. Ausubel is extremely detail-oriented, and in this case, it made me squirm and feel physically uncomfortable, since the "body drawers" are rendered so carefully.

"Over the next three days, the one drawer was joined by five more. They were small, about two inches square, and pulled out halfway, seeming to have mechanisms that stopped them there. They were stiff and did not slip open when Ben bent over to pick up a fallen napkin or clean the shower drain, but were not watertight, so it was important that he dry each cavity out to keep it from getting dank and moldy inside. He used a washcloth followed by a Q-tip for this job, and the process extended his morning routine by six minutes (Ausubel 81)."

Ausubel consistently creates some of the strongest female characters I've encountered in a story collection. Both men and women are flawed, mistake and accident prone within these pages, but Ausubel's female protagonists are gritty, tough, and honest. Over the years, I've read various essays about the lack of strong female characters in contemporary literature. A Guide To Being Born is a perfect response to this argument. One of my favorite stories is "Catch and Release," in which a young woman with dreams of being a big league baseball player encounters the ghost of a confederate soldier. The two talk about life and baseball, and while the ghost agrees that she's a skilled for the big leagues, he says "except you're a girl." She doesn't take this as an insult, but rather keeps showing off her acumen. The story ends on an evocative image, with the girl throwing chicken heads into the woods and being cheered on by her mother and grandmother.

"The women went outside, where Mother Mom and Grandma Pete cheered for Buck, who threw the beaked heads, pitch by pitch by pitchy, into the usual place.

'That must have been ninety miles an hour, that one,' Mother Mom hollered, and Grandma Pete said better than that. The woods offered up the many-legged creatures from deep within the bramblebush to catch everything Buck threw. Life crawled over other life, devoured it, opened itself up to whatever it had been given. The whole world squirmed with hunger and desire, in the thick and thin places, in the trees and in the clearings (Ausubel 126)." 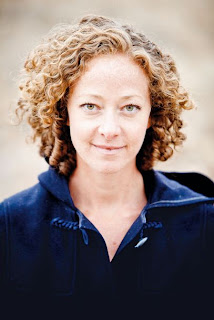 But even within these serious, complex issues, Ausubel does have a gift for humor, both obvious and sly. "Magniloquence," one of the final stories in the book, is a terrifically absurd, touching story about professors and students awaiting a guest lecturer. The guest never shows, various people take turns at the microphone, and the entire scene turns into a chaotic send-up of academia. The terrifically named Faustus Macelovich, a recently widowed English professor, is dealing with a lot of personal strife, issues that are carefully juxtaposed against the lunacy surrounding the lecture hall. It's a great combination of satire and emotional drama, evoking some of George Saunders's forays into humorous insanity.

"Faustus and the rest of the spin-the-bottlers lay down in a circle like toppled dominoes, each head finding rest on a foreign set of legs. Faustus's right ear was suctioned to the monochromatic woman's bare calf. The calf did not make noises the way a stomach might. It must have been busy in there, distributing blood to each sinew of muscle, but it did so in silence.

He could not see it, but in the dark around him, some players held hands, sweaty and excited. Faustus looked into the dark and tried to make a list of reasons for existing. Kissing was on there, and so were hollandaise sauce and racquetball (Ausubel 179)."

I've barely touched upon half the stories in this collection, but the wildly different samples are a good sneak into the kinds of worlds Ausubel creates. In addition to Saunders, these worlds are akin to Jamie Quatro and Karen Russell, alternating between our perceived world and how the actions in said world can be affixed to strange fantasies and surreal atmospheres. In a way, A Guide To Being Born can sometimes offer passages that are experimental. Ausubel is determined to give new insights into age-old themes and emotions, and she succeeds consistently. I simply don't know how I overlooked this when I first encountered her writing two years ago. However, I'm glad I've grown enough to appreciate her talents. These stories and characters are going to stay with me for quite some time, and I'm still adjusting to the variety of emotions she dares to stir up in her readers.