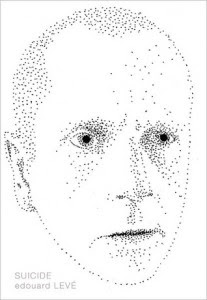 Looking back on a previous essay, I realized that it's been nearly a year since I read Edouard Levé's Autoportrait. I was very much enthralled with his semi-fictional/autobiographical sketches, a collection of seemingly random observations and reflections that managed to tell his whole story and say almost nothing about him at the same time. His most famous work, Suicide, has been on my list since then, stemming from a desire to complete these related texts. Suicide is famous for the details surrounding its publication. It's a fictional imagining of a friend's suicide and the details surrounding the act and notes from the friend's life and philosophy. Levé turned in the manuscript just days before his own suicide, therefore making it impossible to read or acknowledge the work without wondering if it was meant as a creative suicide note. Based on the few details I know about Levé as a writer and photographer, I didn't go into my reading with any sense of mystery or subconscious dread, but rather with burning curiosity. I expected my reading to be full of wonder as to how the passages related to him, in a way that truly blends the text and the end of the writer's life. However, I was much more aware of Levé's presence in Autoportrait than I was with Suicide. While this book has dashes of creepiness and morbidity, his writing strengths pull through and put the majority of the emphasis on the words, not the idea of "novel as goodbye."

The unnamed narrator addresses the now-dead friend, and there's no buildup or foreshadowing. The suicide is referenced immediately, as if to get the obvious details out of the way to spend more time on the past and the life that preceded the death. Suicide is a marvel of psychology and sometimes intangible details, but the opening is stark and pointed. The explanation and intensity is heightened through the unemotional, careful attention to detail.

"One Saturday in the month of August, you leave your home wearing your tennis gear, accompanied by your wife. In the middle of the garden you point out to her that you've forgotten your racket in the house. You go back to look for it, but instead of making your way toward the cupboard in the entryway where you normally keep it, you head down into the basement. Your wife doesn't notice this. She stays outside. The weather is fine. She's making the most of the sun. A few moments later she hears a gunshot. She rushes into the house, cries out your name, notices that the door to the stairway leading to the basement is open, goes down, and finds you there. You've put a bullet in your head with the rifle you had carefully prepared. On the table, you left a comic book open to a double-page spread. In the heat of the moment, your wife leans on the table; the book falls closed before she understands that this was your final message (Levé 1-2)."

Some of the aftermath of the friend's suicide is written, but then the text immediately goes into a biographical mode, full of observations about the friend's personality. Levé doesn't seem interested in how these traits explain the suicide, nor is the book an exact "celebration" of the friend's life. Much in the same way Autoportrait covered a wealth of small reflections, Suicide is an examination. At times, the actual suicide seems like an afterthought. It is referenced, yes, but it doesn't seem to be intended as a cast shadow. The friend is very complex, with some concerning psychological traits, but he's never uninteresting.

"Since you seldom spoke, you were rarely wrong. You seldom spoke because you seldom went out. If you did go out, you listened and watched. Now, since you no longer speak, you will always be right. In truth, you do still speak: through those, like me, who bring you back to life and interrogate you. We hear your responses and admire their wisdom. If the facts turn out to contradict your counsel, we blame ourselves for having misinterpreted you. Yours are the truths, ours are the errors (Levé 6)."

When the suicide is mentioned, it's done so in very original ways. Levé has astute examples of how society views suicide, and explores it in ways I haven't thought about, such as:

"When I hear of a suicide, I think of you again. Yet, when I hear that someone died of cancer, I don't think of my grandfather and grandmother, who died of it. They share cancer with millions of others. You, however, own suicide (Levé 9)." 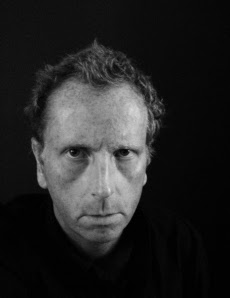 Given that the reader knows this friend only through these passages, the seemingly random assemblage actually creates a fully-formed character. There are some passages that brought me back to wondering how autobiographical the novel actually is, since they are so precisely detailed. This doesn't detract from the reading, but rather enhances it. The reader goes from the intense reality and confusion of suicide to the inner workings and complexities of a character to the idea that Levé could very well have been drawing from his own experiences.

"It was twelve thirty. Back at your hotel, you took notes on the last two days. You described what you had seen, done, and thought. While you believed that you had only passed through a zone of emptiness, the writing of this text kept you up until five in the morning. When you reread it the next day on the train that was carrying you back home, you added numerous notes in the margin. And when your wife asked you what you had done, you spent the entire night telling her, with innumerable details. You had felt idle in this city through which you had paced only to kill time. But the emptiness that you believed yourself to be confronted with was an illusion you had filled those moments with sensations all the more powerful in that nothing and no one had distracted you from them (Levé 57)."

My only critique of Suicide comes at the end. The last several pages are devoted to short poems supposedly written by the friend, found by his wife following the suicide. The stanzas are short, personal notes on how various ideas, objects, and emotions affect the friend, but they seem out of place following such a painstakingly detailed book on occurrences, interactions, and an ultimately tortured human being. It's not that the poems are bad, it's just that I found the forms to be such a jarring change of pace. But then, I found myself thinking of Levé the person and not the writer, and I wonder if these notes were his own. On a positive spin, these could be seen as an extension of Autoportrait, but with a somber atmosphere of the rapidly approaching end.

"Birth befalls me
Life occupies me
Death completes me

Homage obliges me
Oration touches me
Eulogy buries me

The flash blinds me
The beam dazzles me
The reflection intrigues me (Levé 113)."

In spite of the poetic ending, I was surprised at how Levé created a character, likely based on himself, but still wholly original. To have such a notorious final act (a submitted manuscript, an immediate suicide) and to make it more about the text than the writer's own ending is no small feat. Autoportrait was meant to be about Levé in all of his internal and external forms; Suicide is a novel at heart, even in the face of the surrounding timeline. The reader is drawn to the friend as an actual friend or a fictional character and not always as a stand-in for the author. This book went in a much different direction than I expected, and for that I am grateful. This isn't to downplay or dismiss Levé's actual suicide, but taking the text at face value, it's the work of a terrific, still relatively unknown artist. The randomness of the character's life feels like a combination of improvised events, carefully edited character sketches, and autobiographical honesty. Suicide is simple and complex at the same time, and stuns in its deviation from the obvious.