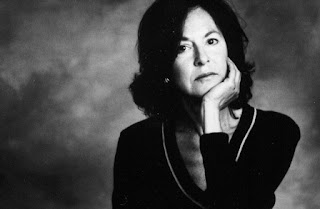 Louise Glück and Mary Oliver are two poets who have been on my reading list for quite some time. The works of Oliver are championed by many of my friends, so much that a copy of her collected poems was given as a gift during a birthday get-together I attended last year. The book was presented, explained, and passed around eagerly among the people there. I fully plan on reading some of her works in 2011, but Louise Glück was the poet who managed to break through first. Her bibliography and past appointment as the United States Poet Laureate were new to me until recently, yet her name has always managed to pop up in various readings, outside bibliographies, and the (admittedly, still) few poetic readings, both actual poetry and outside critiques, which I encounter. I finished reading Ararat several weeks ago, but found the collection to be a challenging one to approach. Had I read this collection years ago, I very well could have been hampered by my earlier struggles with poetic forms; that is, I could have mistaken it for a "typical" book of poems. However, I found Ararat to be a work that could challenge the usual poetic cliches. Glück focuses heavily on family strains, death, and unhappiness. Expected poetic themes? Yes, but they are composed in fashions almost shockingly exposed.

"My sister and I
never became allies,
never turned on our parents.
We had
other obsessions: for example,
we both felt there were
too many of us
to survive (Glück 48, excerpt from "Animals")"

One of my usual "hobby horses" in literary theory is the separation of an author from his or her text, the implicit understanding that, even with evidence to the contrary, a reader shouldn't assume that the words on the page are a true mirror of a writer's personal life. However, Ararat reads like a definite biographical sketch. Glück doesn't use proper names, but consistent references to her parents and her sisters abound. The beauty of the seemingly random citation above is in the fact that Glück manages to provide both intimate personal details ('never turned on our parents/We had other obsessions') that blend seamlessly with phrases that can be read as both personal as well as representations of larger issues. The amazing phrase ('we both felt there were/too many of us/to survive') can be viewed as a representation of the speaker's family life, or expanded to mirror the world at large.

"My mother's an expert in one thing:
sending people she loves into the other world.
The little ones, the babies--these
she rocks, whispering or singing quietly. I can't say
what she did for my father;
whatever it was, I'm sure it was right (Glück 28, excerpt from "Lullaby")"

Glück's poems are sometimes strictly familial, and almost always intentionally uncomfortable in their blunt evocations. "Lullaby" shares the recurring themes of a mother's unhappiness and loss (the loss of children, the unhappiness of a strained marriage), and while these issues may very well speak to people who have experienced the same, Glück renders it into a personal sketch. However, in my reading, her line breaks are crafted as to offer different takes on the given statements. The separation of "she rocks, whispering or singing quietly. I can't say" is broken off from the previous line about babies; these can be linked as a continuous line, but I couldn't help but view the stand-alone line as a wrenching image of the mother rocking, whispering, and singing by herself, a portrait of solitude and sadness. This reading may be off, but in any case, it immediately shifts to the mention of the father, and the idea of "what she did" is intentionally vague. Glück's ability to jump from one idea to the next, mixed with the possibility of a single line potentially meaning something altogether different is startling, in a good way. 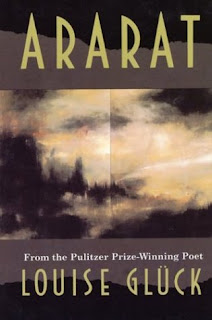 Given the themes which speak to human and family nature, I couldn't help but wonder if I wasn't the right reader for the works in Ararat. While not explicit, I found a strong tone of the feminine point of view, as if the collection is meant to speak primarily to the struggles of women and, more specifically, sisters, mothers, and wives. Even with this in mind, Glück does have excellent way of occasionally upending male stereotypes. The passage that jumped out at me the most in this regard (and, separately, the stanza that I found to be one of her best overall) is found in the poem "Cousins."

"It's not that my son's inept, that he doesn't do things well.
I've watched him race: he's natural, effortless--
right from the first, he takes the lead.
And then he stops. It's as though he was born rejecting
the solitude of the victor (Glück 53)."

While these citations and interpretations are merely a few of many, this first reading of Louise Glück proved to be valuable. Granted, there are dozens of equally skilled poets whose works I'm still behind on, but the reading of Ararat began as a way to familiarize myself with an established poet, and ended with me being challenged, occasionally unnerved, and continually finding various interpretations of what appear to be straightforward lines and stanzas. The notion of "challenging poetic cliches" mentioned in the opening might seem misleading. I wouldn't classify Glück as an experimental poet, despite her occasional deceptive line break or double meanings. The true sign of her talent is in the poems themselves, in her ability to take the obvious and make it both personal and universal. Family strife and death have been themes of poetry and fiction since the beginning, yet ways of expressing them are continually changed and explored. In the future, I might have to be in the right mindset to resume further readings of Glück's work, and I'm curious to see how her other collections handle different potential themes.