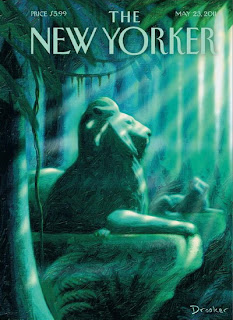 The New Yorker has always been a consistent source of essay topics for me, partly because, in between other books and readings, my subscription provides a weekly collection of fiction and current events, and more often than not, even just skimming a given issue is good for one or two brainstorms. I've also been introduced to a good handful of writers I otherwise wouldn't have been familiar with, thanks to the magazine's penchant for publishing fiction from voices both new and established. However, after nearly three years of reading their weekly stories, I've noticed a trend in the styles and themes. Sometimes, the stories are excerpts from upcoming novels, and the slices impressively stand alone as their own works. However, a much more irksome constant is the publication of stories that are obvious attempts to provoke or touch upon "controversial" issues. Of course, the notion of the uncomfortable has been a goal of fiction since the beginning; but in the weekly format, it's occasionally tiresome to read the same ideas. In The New Yorker's May 23rd issue, the story is "The Trusty," a piece by Ron Rash, an established novel and story writer based at Western Carolina University, where he works as a professor of Appalachian Cultural Studies. I don't like critiques that aren't constructive, nor do I like reading or writing pieces that are supremely negative. However, I was simply perplexed by my reading of "The Trusty," to the point that I cannot help but wonder whether I missed an important metaphor, or if Rash was simply having fun by creating a work that was so unabashedly old-fashioned.

A Depression-era chain gang prisoner named Sinkler is deemed by the guards to be a "trusty," a prisoner who is able to be freed to visit neighboring farms to request buckets of well water without attempting to escape. He travels to a farm owned by a middle aged farmer named Chet, with the house attended to by a wife named Lucy, who is half her husband's age. Sinkler takes an immediate liking to Lucy, at first sexual, but then with ideas of the both of them escaping their predicaments; Sinkler leaving his chain gang position, and Lucy leaving her loveless, sexless marriage. With each recurring visit, the two profess their mutual attraction and make a simple plain for their escape. As the story progresses, it becomes possible that the two have different motives, motives which may or may not prevent their journey away from the area.

The above synopsis is intentionally as simple as it can be, but does provide the bulk of the story without spoiling the ending. However, even basically, the summary evokes no fewer than two classic film plots, ranging from Cool Hand Luke to Double Indemnity, not to mention dozens of other cinematic and literary tropes. Rash balances old-fashioned dialogue that reads like a screenplay along detail sketches that manage to be sly and obvious at the same time.

"'What you want,' the woman said, not so much a question as a demand.
'Water,' Sinkler answered. 'We've got a chain gang working on the road.'
'I'd have reckoned you to bring water with you.'
'Not enough for ten men all day.'
The woman looked out at the field again. Her husband watched but did not unloop the rein from around his neck. The woman stepped onto the six nailed-together planks that looked more like a raft than a porch. Firewood was stacked on one side, and closer to the door an axe leaned between a shovel and a hoe. She let her eyes settle on the axe long enough to make sure he noticed it (Rash 69)."

The story makes mentions of Raleigh and Asheville, North Carolina, and Rash's use of his hometown areas, even in a historical setting, reminded me of Daniel Woodrell's use of the Ozarks as a fictional setting, as told to Jeff Ignatius of Culture Snob in a 2010 interview. Without making the mistake of mixing up two different authors and two different locales, I tried to re-read "The Trusty" with Ignatius' notes on Woodrell in my mind:

"And when you start reading, you might be struck that it’s been carved incredibly lean. While relatively plainspoken, the sentences are dense, with a mix of dialect from the Ozarks and artfully turned idioms that feel instantly right. One has to sip Woodrell’s language." 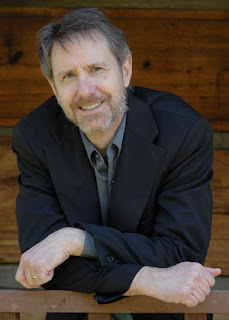 Sadly, I couldn't do it. "The Trusty" isn't a terrible story by any stretch, but I simply couldn't help but think that I was reading a romanticized version of a Depression-era piece of fiction. Again, Rash has a knack for detail, but even these details cannot save what turns out to be a fairly standard tale, albeit with an ending that manages to add a sense of postmodern ambiguity in a strictly "classic" story form. However, he does provide the occasional passage that packs humor, precise detail, and a desire in the reader to keep going, even if, for the most part, there's a general understanding of where the story will end up.

"Sinkler headed back down the road, thinking things out. By the time he set the sloshing buckets beside the prison truck, he'd figured a way to get Lucy Sorrels's' dress raised with more than just sweet talk. He'd tell her there was an extra set of truck keys in a guard's front desk and that he'd steal them, bring them with him, and wait until the guards were distracted to jump in and drive away. She'd know beforehand and be in the woods down the road. They'd go to Asheville and get the first train. It was a damn good story, one Sinkler himself might have believed if he didn't know that all the extra truck keys were locked inside a thousand-pound Mosler safe (Rash 71)."

Overall, I hesitate to immediately criticize a writer based on a lone story, especially since there's the off chance that I might be missing a key moral or metaphor. However, short stories by new writers (in the sense of being new to me) do offer a possible hint of what might be in store in other works. Does "The Trusty" make me want to research more of Rash's work? Possibly, but I cannot get past the simplicity of the overall tone. Is the deliberately old-fashioned story intentional? Does he write in the same consistent style? If I knew the story was meant to be a homage to older stories, it might work on a stronger level for me. Returning to my previous notion of New Yorker stories having a tendency to revel in attempted controversial plots, "The Trusty" is unusually tame by comparison. However, and this can be taken as a compliment or critique: it's one of the simplest pieces of storytelling that I've encountered in the magazine in quite some time. Maybe I'm just slightly jarred by its narrative, but like any piece of art or creativity, there might be a simpler explanation: not everything speaks to everyone. However, in contemporary fiction, attempts to infuse stories with older sentiments is a hit-or-miss act. "The Trusty" feels like a miss to me, but I am curious to see if Rash has any fiction set in the contemporary Carolinas. As a regional writer, I'm sure that his attention to detail would work well in a modern story as opposed to an older one. I don't like writing or reading reviews that are critical without any constructive reasons why, so I hope that this critique reflects not a shake of the finger towards Rash, but merely my not being completely captivated by his attempt to go back in time.