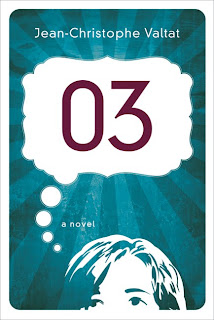 For some reason, when it comes to reading other blogs, I tend to focus on film-based, rather than book-based, writings. My outside literature information tends to come from magazines, websites, and word-of-mouth, and I'm also fortunate to have been introduced, so to speak, to an excellent circle of film bloggers. Since most writers who run blogs do so for nothing other than the passion he or she feels for the given subjects, maintaining a well-written site, juggled with a career and family, is really no small feat. For this post, I'm taking a page from Bob Turnbull, a Toronto film critic and the creator of one of my favorite film blogs, Eternal Sunshine Of the Logical Mind. Turnbull occasionally does a feature in which he selects a film at random to review, a film in which he knows next to nothing about any of the actors, the writer, or the director. It's fascinating to see how someone reads a film with virtually no outside comparisons to make, or at least think about. I've long wanted to do the same thing for a book, and recently did so, opting to read the English-language debut translations of 03, a novella by French novelist and screenwriter Jean-Christophe Valtat. The only outside factors that went into the choice were 1.) my need to catch up on international literature outside of the mainstream (I rarely compliment myself, but I feel that the last time I did this, it worked out quite well, resulting in one of my better pieces), and 2.) the fact that the novella was published by Farrar, Straus & Giroux, arguably my favorite publisher (see Jonathan Franzen and Roberto Bolano).

03 is a very brisk, 84-page story told from the point of view of a nameless French teenager (or, perhaps, a recalled memory from said teenager's adult self), and the sometimes philosophical, sometimes rambling feelings and explanations for his attraction to a mentally challenged girl whom he sees across the street while waiting for the bus. The style and tone makes the novella feel as if it's being mentally narrated in real time, but only towards the end does the hint of it being a past memory come into play. The teenager's voice is, at least superficially, wise beyond his years, but not in a precocious way; his occasional foray into sentimentality saves him from being utterly cold and even nihilistic. Virtually every novel with a teenage protagonist offers hints to a hatred of school (or at least a certain part of school), but Valtat's teenager manages to phrase in very stark metaphors:

"I couldn't possibly cross the street in the dawn light and speak to her directly: first because I felt held as though on a leash by my bus stop and wouldn't dream of missing the public transport meant to hand me over to school; more to the point, because her mother (whose face, strangely, held so little interest for me that I couldn't have recognized her from one sighting to the next) rarely let go of her hand...(Valtat 5-6)"

His attraction to the mentally challenged girl is based on a myriad of reasons. Some of these are admirable (an acute sense of mutual loneliness and isolation), and some of them are inappropriate (there's a hint of the teenager's sexual desire). However, in any case, his thoughts tend to grow from basic acknowledgments to scattered, free-form transitions that are basically easy to follow, but a possible hint to a troubled mind coupled with obvious intelligence. It's difficult to tell whether or not Valtat is obviously striving for this balance, or if he's trying to pack so many thoughts into the story that it ends up veering into verbal chaos.

"There were two ways to think of this obvious lack of recognition, and both suited me, for different reasons. The first, in keeping with my low opinions of romantic love, and perfectly appropriate for my age, was that my love, if ever I could make it halfway visible in the too often cold and clammy air that lay between us, would be doomed to a disappointment that matched the intensity of my feelings, in which case my sincerity, underwritten by the pain I'd have to feel, would no longer be in doubt, however unlikely the source of it might be (Valtat 17-18)." 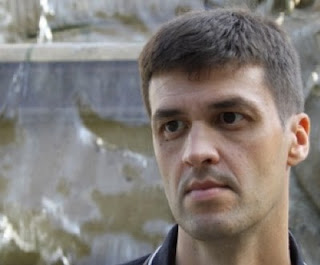 However, Valtat's writing does have the occasional well-crafted exploration of an idea that goes into a run-on, but in a positive way. The reader doesn't necessarily have to agree with a lot of the narrator's opinions, but has to admire how well-written they can be at times:

"Maybe it was from reading too much, or seeing too many forbidden movies, or from the gloomy music in which I steeped my aching hormones--[The Cure's album] Pornography was the cruelest example--I'd prematurely hit on the ragged idea, stitched together as best I could, that sex was deeply connected to corruption, of both body and spirit, and that it violently held all the truth that should ever matter to any human being worthy of the name (Valtat 31)."

The tempting thing to do would be to call 03 a coming-of-age novel, but that's not the case. The narrator, even if explaining these moments as an act of remembrance, is obviously not losing his innocence, since there's really no hint that he ever looked at his life through rose-colored glasses before. In retrospect, despite the book's occasional flaws, this is refreshing. Instead of a teenage narrator gliding between innocent and worldliness, it's interesting to see a rigid slice of a time period, with a narrator who doesn't claim to know everything, yet seems to have a handful of hypotheses for every possible question that 03 brings up. As I've mentioned before, in regard to both literature and film, the "coming-of-age" tag is applied far too often when a young protagonist is present. Also, it would be wrong to view the narrator through an American filter. While the dissatisfaction of youth is universal, I couldn't help but wonder if some of the narrator's problems, as written by Valtat, were unique to the troubles of contemporary French youths. But then again, there's nothing "political" about the work.

I hesitate to criticize 03, but at the same time, I didn't love it, either. Valtat's use of the novella format is refreshing, since it's still an artistically viable medium, and for a story that goes onto so many different sociological paths, it would have been a problematic full-length novel. A commendable note is that Valtat rarely goes for the obvious metaphors or thoughts, and 03 has moments of being genuinely thought-provoking. He doesn't shy away from uncomfortable subject matters, yet manages to render them in realistic internal monologues. My outside research has shown that this was well-received upon publication, as evidenced in this brief interview with Valtat in The Paris Review. Perhaps it would benefit from another reading or two, but while I admire Valtat's style and ambition, 03 ends up as an odd paradox: it leads to the occasional dead-end even in the midst of an intentionally free-flowing story.

Thanks for the mention James! You are far too kind good sir...Especially since I haven't done one of those "Goin' In Blind" posts in quite a long time. The last film I did that for was a French film called "With A Friend Like Harry", but I will likely just include that in a wrap up of recently viewed stuff (I liked the film quite a bit actually, but couldn't quite seem to muster up the energy to write a fuller post about it).

Thanks for the inspiration though...I should get back to doing those posts again - as well as simply writing a bit more.

"03" seems intriguing to a certain extent...My laundry list of books to get to is enormous at the moment though. Woe is me...B-)

"Goin' In Blind." THAT'S it! I knew you had a specific name for those posts, and I was frantically searching your blog to jog my memory as I was writing my post.

As far as woe goes, I'm way behind on French cinema. The last French film I watched was Last Year At Marienbad,, and I enjoyed it so much that afterward, I was determined to do a mini-French marathon. Soon...