"While 'tradition' versus 'modernity' is commonly used to refer to changes that began to take place as China responded to the significant impact of the West, how they should actually be defined within the Chinese context is far from clear."--Yi-Tsi Mei Feuerwerker

Last month, a New York publishing house called Better Link Press released a series of stories and novellas by various authors, all published under the banner of "Stories By Contemporary Writers From Shanghai." These slim volumes, written by a variety of artists virtually unknown outside of The People's Republic, proved impossible for me to resist, even with very little knowledge of modern Chinese writers, either in name or in output. As I've mentioned before, international literature keeps growing stronger and more renowned, especially in the last decade. However, when one thinks of Asian writers, it's hard to name too many not based in Japan, a region that has produced numerous writers, led by Haruki Murakami, with strong readership bases in the United States. I selected one of the translations by Better Link Press almost at random, opting for Zhao Changtian's novella collection entitled Goodbye, Xu Hu! By the mercy of almost creepy timing, I neared the end of my reading when The New Yorker published "Servant Of the State" by Jianying Zha, a long profile on Chinese writer Wang Meng. The combination of these readings has piqued my interest in China from a literary perspective, but has also raised many questions. However, Jianying's essay highlights the fact that China's literary consciousness is beset by more questions than answers. 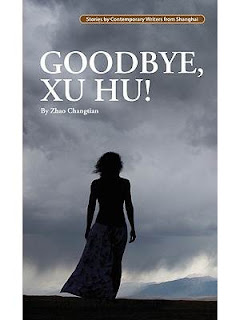 Goodbye, Xu Hu! is composed of two novellas, the title piece, as well as one entitled "No Explanation Is Necessary." The opening story recaps the meeting of Zhou Shuting, a young soldier in the People's Liberation Army, and Xu Hu, a bright, outgoing young woman. Their romance begins innocently, but ends prematurely, possibly due to the influence of her high-ranking father, and they meet again twenty years later. The chapters alternate between the past and the present, between youthful innocence under heavy government watch and older, wiser people in a modern China that's vastly different from the era of their youth: light descriptions of magnolias intertwine with a world of business, cell phones, and pagers. This premise is intriguing in hindsight, even if, from a Western standpoint, it's a version of an age old story: boy meets girl, boy loses girl, boy meets girl again. However, after a few pages, I nearly bailed out. Zhao's writing was, at least initially, so simplistic that I didn't know whether it was a case of bad writing or bad translating. Ideas are repeated and rephrased in obvious manners, leading to several passages that are tedious at best.

"I studied this woman. She was dressed elegantly and with care; her makeup was done with fine taste and was very becoming. Everything about this woman bespoke social status and wealth. As I watched her, she became more and more like a stranger to me, and farther from the Xu Hu in my memory. But I couldn't take my eyes off her. The sight of her rekindled a longing for Xu Hu. What had become of Xu Hu? I wondered (Zhao 15)."

With the exception of some VERY basic French, I only read and speak English; therefore, I was hesitant to blame bad translating. Deep in my literary subconscious, I didn't want to have to write negative views of the translator (one Yawtsong Lee), especially given the fact that I don't read Chinese, and even if I did, I didn't have an original version of the text at my disposal. Call it bleeding-heart guilt if you must. However, strictly as an English text, "Goodbye Xu Hu!" is not very engaging. There are hints to literary devotion, but for the most part, even with scenes describing the narrator's time in the People's Liberation Army, politics or government are almost nowhere to be found. Of course, this isn't necessary. "American literature" doesn't denote American government, but rather the American experience, as vague as that phrase can be. However, the story of "Goodbye, Xu Hu!", despite ending on a pleasantly, intentionally open-ended note, doesn't do anything. Is this really the best of Shanghai's literary population? Perhaps, or perhaps not. While it makes no explicit mention of Shanghai, Jianying's "Servant Of the State" explains that a lot of Chinese commentators are not thrilled with the majority of Chinese fiction. Wang Meng, a prolific, respected/hated Chinese writer, is quoted as saying that Chinese literature is "at its best of times." However:

This is a harsh assessment, but I have to apply it to "Goodbye, Xu Hu!" However, the novella "No Explanation Is Necessary" is much more satisfying, telling the story of a Chinese hospital janitor, his (again) lost love, but with more compelling mysteries beneath the surface. A Chinese journalist is intrigued by the affable, well-read janitor at the hospital where her father is being treated. She discovers that the janitor's story is one of wealth, loss, family issues, and relationships. His re-telling provides some excellent bursts of real emotion, ones that were glaringly missing in "Goodbye, Xu Hu!" These emotions also have international appeal, given our current economic woes.

"After putting down the phone, I sat alone for two hours in the room until Xiao Qiong came back. In those two hours my head seemed at once crowded with thoughts and yet empty. In fact no amount of thinking was helpful under the circumstances; I had been wiped out. In the wake of my divorce proceedings, I had left the house to my ex-wife and had moved into my office. When I had a woman with me for some length of time, as with Xiao Qiong this time, I would stay in a company house. After bankruptcy and liquidation, everything, including real estate and the car, would have to go to the bank. I wouldn't even have a place to stay (Zhao 166)." 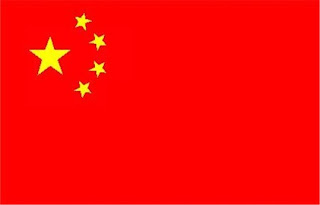 Perhaps my previous notion that Chinese literature shouldn't evoke Chinese government is impossible. Since the Chinese ruling party is so heavily influential, and so quick to strike down dissenters (Jianying also profiles Liu Xiaobo, an imprisoned Nobel Prize winner and a frequent critic of China's government), it might be difficult to separate Chinese creativity from the shadow of intense government control. In Jianying's profile, Wang is criticized for his compromises and his lifelong siding with China's right and left. One of the comments on Liu struck me as relevant to Zhao's stories, especially given how I was torn between the notion of bad translating and bad writing.

"[Liu] claimed that there was 'nothing good' to say about mainland Chinese authors, not 'because they were not allowed to write but because they cannot write.' For an iconoclast like Liu, cultural critique and political reform were part of the same struggle (Zianying 64)."

I found my opening quotation from the opening pages of Ideology, Power, Text: Self-Representation and the Peasant "Other" in Modern Chinese Literature. I've done very basic research, but Feuerwerker makes the compelling case (at least in application to my readings of Zhao) that contemporary Chinese literature is a balance between respecting the views/origins of the Chinese peasant and the modern, affluent business-minded persona. The janitor in "No Explanation Is Necessary" is a literal interpretation of this hypothesis. He's open and unashamed of his forays between wealth and poverty; whether or not Zhao meant this as an interpretation of the peasant "other" can only be explained by the author. For now, I only have the text and some criticism to go by. Exhaustive web searches for Better Link Press and Zhao Changtian have proved to be fruitless; Better Link Press has no official website, but only a Hotmail e-mail address listed on the copyright page. Jianying's essay is enormously helpful, but in reality, it only scratches the surface. Is Zhao an iconoclast like Liu? Is he an obedient "court poet," a term used by Wang's critics? Perhaps the publication of Goodbye, Xu Hu! will be Zhao's only English translation. Perhaps more research into contemporary Chinese literature will yield more answers. For now, Jianying's essay provides a succinct look into a dynamic (for better or for worse) literary niche. Zhao's writings left a lot to be desired, but was it truly his fault? Or was it due to poor translation and/or government oversight? The phrase "the mysterious East" has been used for decades, often in slyly racist terms. In this case, there's a lot of mystery, and in all reality, time will tell if Chinese writers are victims of fear or a general lack of layers.