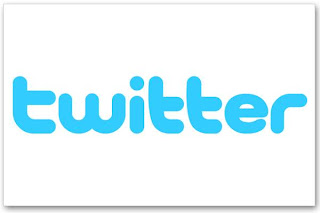 If you glance to your right, you'll see a widget for my Twitter account. Twitter is a new website that enables...okay, okay, you already know what it is, and saying that I'm "late to the game" is an understatement; to expand that metaphor, I'm checking into the game with thirty-seven seconds left on the clock in a lopsided blowout. I've avoided Twitter for years now, but some of my fellow bloggers have been using it, and I figured that it couldn't hurt to give it a go.

I began this blog over three years ago, and wasn't sure what it would become. It took me awhile to get my voice down and to sculpt my posts into consistent book reviews and essays. While Twitter is a drastically smaller format, I'm still not sure what direction I will end up taking it in--but for now, I'm hoping to update it along with my blog, follow various writers and publishers, and maybe it'll end up being a nice compliment to my modest goals. With the occasional lapse, I'm hoping to keep it limited to posts that are book, music, or film based. If you want to know how my lunch tasted, or how terrible my commute was on a given morning, you'll just have to ask me outright.