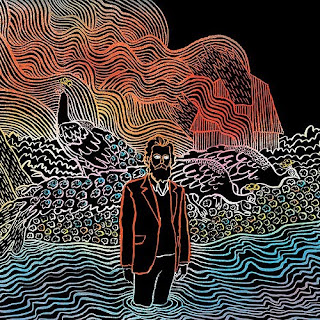 There have been more than a few times when, either due to honest mistakes or a lack of proper fact-checking, I've had to put my foot in my mouth with a given opinion or phrase in my writing. I usually clear this up via the comment tab or a grim acknowledgment in a future review or essay, and I move along. This doesn't happen too often, but when it does, I'm usually chagrined enough to do the proper research or allow enough time to make sure that little mistakes don't happen. I mention all of this because, after listening to the latest Iron & Wine album Kiss Each Other Clean, I kept thinking about a small passage from my review of the latest Decemberists release. I had written: "As much as I adore Sufjan Stevens and Sam Beam, for example, some artists, despite their brilliance, tend to focus on the same lyrical and musical styles." Beam, who records as Iron & Wine, has gone in a completely new direction this time, to the point that my assertion that he follows a consistent style has been rendered completely false. If one wants to make a connection between newness and cleanliness, then Kiss Each Other Clean is probably the most apt album title of the new year.

I've long considered myself an Iron & Wine fan, but my appreciation for his music doesn't border on the obsession that I normally deserve for other musicians or bands (see: The Decemberists). I genuinely enjoy the beautiful lyrics, hushed tones, and stark guitar accompaniment, a minimalist combination that makes for stunning music. His sounds have consistently been marked by a sort of crossover appeal, in that his songs and albums have been enjoyed equally by Pitchfork readers and heard by fans of the Twilight films. Like any medium, music has a tendency to be divided up by labels, with various cliques coveting and dismissing certain artists, and a unifying voice like Sam Beam is all too rare. My enjoyment of his music is based heavily on two of his EPs--Woman King and The Sea And the Rhythm are short samples, but contain some of the best work he's done, and the EP formats of those albums are openly defied by their scope. Kiss Each Other Clean begins with "Walking Far From Home," a track that hints to a typical Iron & Wine album, and in the best of ways. It takes a poetic repetition of the idea of random visualizations, and the constant stream of images keeps building and growing more evocative: 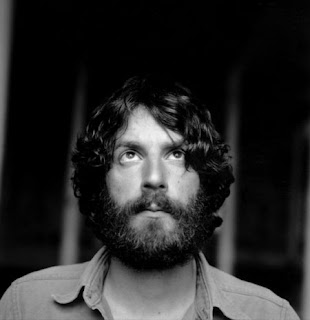 However, even though it follows Beam's expected lyrical path, the music accompaniment is more layered than usual, and his voice takes on immediate confidence, and while his delivery is usually quiet and whisper-like, his new vocal command hints that the new album is going in a different direction. Once the listener gets used to this, it veers into even more unexpected patterns. By the time "Monkeys Uptown" kicks in, the sounds become more pop-like, and weave together lyrics that are both stark and humorous, creating a song that's immediately infectious yet asking for close listening:

Towards the end, listeners are thrown for yet ANOTHER loop, as songs like "Big Burned Hand" open with funk-style jazz horns, as if a song from a completely different artist has found its way onto an Iron & Wine release. I had to listen to some of the songs multiple times, and as I enjoyed them, I realized that I'd never guess they were by Beam had I listened to them randomly. Kiss Each Other Clean is more than an example of an artist breaking out of his or her comfort zone; it's a brazenly new sound that encompasses varying styles and expansion from someone normally noted for scaling things back. One can almost imagine Beam creating this album as a challenge, to show that his musical acumen can be applied to varying genres, including (but not limited to) folk, jazz, funk, and classic rock. However, none of the songs feel out of place, and they all retain his penchant for strong lyrics. For anyone expecting his usual style, Kiss Each Other Clean could be called shocking, and in a positive way.

Returning to my previous statement about the broad appeal of Iron & Wine, it has to be noted that this is his first album for Warner Bros. after releasing his previous albums and EPs on Sub Pop. While this notion may turn my positive assessments into seemingly negative ones, I cannot help but wonder if the album has been produced to be more, well, mainstream, despite the fact that plenty of his work has been featured in and around various pop culture mediums. A lot of critical mileage has been accumulated over the notion of independent artists who venture into more "radio-friendly" releases. As I write this, I can't help but assume that some of his more ardent fans may be turned off of these new styles. However, he's not taking any steps back by venturing out so drastically. Perhaps this is a sign of more complicated works to come, or maybe he'll return to his quiet folk-song roots. However, it's hard not to tip ones cap to such a major musical change, especially since his lyric writing is just as evocative as ever. If this is a totally new Sam Beam, he's definitely talented enough to explore these other sounds, and while I can envision the occasional hiccup if he continues this way, Kiss Each Other Clean is a strong record even if it takes a few listens to warm up to the difference.
at January 31, 2011