Turning On the Lights: "Sex At Dawn"

As a freshman in college, I took an introductory psychology course that came with a fairly standard textbook and a fairly eccentric professor, both of which combined to make the course strictly introductory and not instilling an immediate desire to take more psychology electives, at least from what I took away from the class. However, one of the professor's offhand remarks on the textbook was very true: the chapters on human sexuality, while well-written for the most part, and intended for college students, had a dose of humor infused with the lesson plans. The only particularly "humorous" passage that I recall explained how women can achieve multiple orgasms until little things like a persistent telephone take their mind off the task at hand; the effect was one of a nervous parent attempting to ease the discomfort of talking with a child about sex. Of course, most books about human sexuality tend to take tones of either consistent humor or consistent seriousness. Thankfully, as I read Sex At Dawn: The Prehistoric Origins of Modern Sexuality, I found that the writing styles of authors Christopher Ryan and Caclida Jetha to be humorous when needed, yet treating the subject with complete scientific curiosity and journalistic research. To put it another way, the book treats sex as what it is: a part of the human condition, and no more in need of diffused tension than a look at modern eating habits or fashion styles.

Surprisingly, Sex At Dawn experienced little to no immediate backlash when published last summer, which is surprising since its central themes show that even the most innovative early sex researchers were hampered by societal constraints (not very shocking), and that evolution and current studies of ape behavior (and of cultures not exposed to Western ideals) show that monogamy is not ingrained in our genetic makeup (a hypothesis sure to shock and provoke many people). Ryan and Jetha make it clear that they are not dismissing monogamy; rather, history has shown, from sex scandals to mating behaviors, that the idea of life-long partners struggles against our deep-seated desires. The early sex researchers, most notably Charles Darwin, had little true knowledge about sex, and the combination of inhibitions and general unease of the subject has had drastic consequences throughout history. A majority of what Ryan and Jetha discuss might seem like common sense, but in world history, misinformation has often reigned supreme.

"If women were as libidinous as men, we're told, society itself would collapse. Lord Acton was only repeating what everyone knew in 1875 when he declared, 'The majority of women, happily for them and for society, are not very much troubled with sexual feeling of any kind.'
And yet, despite repeated assurances that women aren't particularly sexual creatures, in cultures around the world men have gone to extraordinary lengths to control female libido: female genital mutilation, head-to-toe chadors, medieval witch burnings, chastity belts, suffocating corsets, muttered insults about 'insatiable whores,' pathologizing, paternalistic medical diagnoses of nymphomania or hysteria, the debilitating scorn heaped on any female who chooses to be generous with her sexuality...all parts of a worldwide campaign to keep the supposedly low-key female libido under control (39)."

Anxiety about sex can be attributed to religion, society, and to an extent, politics, but the book only points fingers and criticizes people's beliefs on sex only when it leads to problems (which, sadly, it almost always does). One of the many tribes and societies documented in Sex At Dawn is the Mosuo tribe, people in a Chinese region in which sex is simply part of their culture, with no shame or stigmas associated with male and female sex drives. However:

"When even these heavy-handed tactics failed to convince the Mosuo to abandon their system, [Chinese] government officials insisted on bringing (if not demonstrating) 'decency' to the Mosuo. They cut off essential deliveries of seed grain and children's clothing. Finally, literally starved into submission, many Mosuo agreed to participate in government-sponsored marriage ceremonies, where each was given a 'cup of tea, a cigarette, pieces of candy, and a paper certificate.' But the arm-twisting had little lasting effect. Travel writer Cynthia Barnes visited Lugu Lake in 2006 and found the Mosuo system still intact (130)." 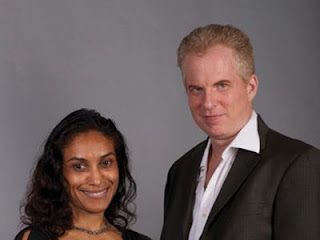 While sobering practices and statistics are unavoidable, it's balanced with utterly fascinating looks at ape behaviors that offer insights into our own sexual impulses (as the authors state: we're not descended from apes, we are apes). Chimpanzees have often been the standard model for studies on human behavior, especially with such a close DNA match, but the bonobo offers a much stronger case to being a link to our ancestral sexual and interactive behaviors. Without "dumbing down" the source material, Ryan and Jetha cite excellent case studies, highlighting genetic similarities that are often overlooked or dismissed.

"It seems that [anthropologist Helen] Fisher, who shares our doubts about other aspects of the standard narrative, is about the reconfigure her arguments concerning the advent of long-term pair bonding and other aspects of human prehistory to better reflect these behaviors shared by bonobos and humans. Given the prominent role of chimpanzee behavior in supporting the standard narrative, how can we not include the equally relevant bonobo data in our conjectures concerning human prehistory? Remember, we are genetically equidistant from chimps and bonobos. And as Fisher notes, human sexual behavior has more in common with bonobos' than that of any other creature on Earth (73)."

There are scores of other passages and examples of both primate and human case studies regarding sexuality, but no amount of scientific data or proofs can overcome the contemporary hesitation to discuss sexuality in an open, thoughtful environment. Yes, major strides have been made, but the notion of living in heavily sexualized society still has a lot to overcome, and Sex At Dawn does its best to prove that our "urges" are not something to be repressed or confused about, but simply part of our physical and psychological lives. However, this is easier said than done. The more solemn historical data presented in the book shows that even in modern times, areas of sexuality are still misunderstood or deemed too "taboo" to seriously discuss.

Not for scintillating reasons, Sex At Dawn is an excellent work in a book world dominated by obvious sexual inquiries. Ryan and Jetha aren't exactly advocating graphic sexual discussions at every dinner table and coffee shop in the world; however, these ideas need to be explored and understood. There is simply a lot of fear, and people have a lot of questions (for example, as a child, my grandmother told me a story about nearly being hit by her own mother for simply reading a newspaper as a young girl and asking what the word 'rape' meant). Ryan and Jetha strike a fine balance between the scientific and the sociological, and for a subject that almost inevitable brings up a select group of emotions, their writings and hypotheses are truly grounded in their own fascination with sex's science and history, and it's difficult to not be equally impressed by the work that anthropologists and psychologists are doing to facilitate knowledge and open dialogues. Their style is witty and engaging, but without sacrificing journalistic explorations and immediate attention to the specific issues.

Thanks for your very thoughtful review. We appreciate it.

I'm equally, if not more, appreciative of your taking the time to read it. Since I enjoyed the book so much, I'm very much looking forward to keeping up with your future endeavors and writings.