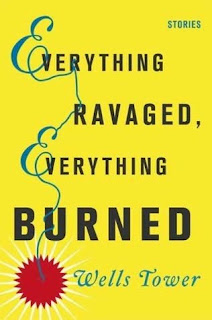 Many decades have passed, many arguments have ensued, and many pieces have been written about what constitutes an American style or literary genre. Of course, there are thousands of American writers, some who write about the national landscape or social issues, and the combination of hypotheses, sequences, and definitions are/could be staggering in scope. Even an idea as wonderfully vague as the "Great American Novel" has been posed and dismissed just as often. Of course, the widespread popularity of international literature and foreign-born American writers adds yet another dimension to this idea, not that I've posed a specific idea anyway. To offer a simple idea, great writing is great writing, no matter what place a given writer calls home. However, as I read Wells Tower's short story collection Everything Ravaged, Everything Burned, I couldn't help but mentally classify him as an American writer. His stories span various settings, most of which are unspecified, whether urban or rural (with the exception of the title story, which takes place in a European Viking setting). There are no politics at play, but his characters and emotions, while universal, seem to fit perfectly into American sociology, for better or for worse.

I scribbled down Wells Tower's name in my notebook after reading a brief but unequivocally applauding review of his stories in Esquire magazine. He's been published numerous times before in some of the world's best literary magazines, but Everything Ravaged, Everything Burned has truly put him in the mainstream spotlight. During my reading, he was named by The New Yorker as one of the best writers under the age of 40. Such hype, especially lumped together in this paragraph, can seem excessive, but as a follower and lover of the short story genre, I'm pleased to note that his accolades are well-deserved. This collection is a careful combination of stunning descriptions and, depending on your personal disposition, some of the most sympathetic or reviled characters that I've come across in some time.

The prototypical protagonist in a Tower story (based on this book) is a male in crisis or at some sort of personal crossroad, sometimes both. Yes, literature is dominated by plays on masculinity, but Tower is careful to make them less obvious, and often with surprising habits. In "The Brown Coast," Bob resorts to filling an old aquarium with various forms of sea creatures as a way to cope with his infidelity and collapsing marriage. It's the sort of act that could go in one of two directions: it could become an obsessive way of coping, or a possible redemptive activity.

"The fish swam in contented circles and did not seem to mind the tiny white crabs that had come in with the seawater. The seams were sweating a little, and Bob patched them as best he could with caulk he found under the sink. Then he hiked over to the grocery store and bought two kinds of fish food. He carried it back, and sprinkled a little pinch of each food into the tank to see which one the fish preferred (Tower 14)."

Tower does create strong female characters, even if they're regulated to supporting roles. "Wild America" tells the story of two female teenage cousins, one beautiful, one not as much. This very scenario, with a less talented writer, could have easily become a mess of stereotyping and cliche, but here, it's handled with realistic depictions. Teenage bickering and togetherness coexist quite well throughout the course of the story, along with a consistent balance of humor.

"On the walk up Smithfield Road, Maya did not talk of Nureyev, or modeling, or of her own greatness. Instead, she boasted of Jacey's triumphs, her singing voice, and her speed in the fifty-yard dash (Jacey had the surprising fleet-footedness you sometimes find in the plump); how at the girls' camp of their childhood, Jacey had outfoxed a group of Methodists who'd beaten the cousins to the signup sheet for canoes by reminding them that at Judgment the last would be first, and that the meek would inherit the earth (Tower 167)." 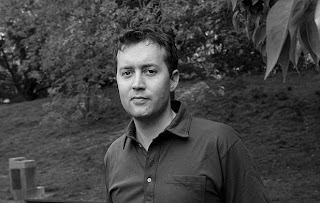 The beauty of Tower's stories is that the plots, while intriguing, are often left open-ended or blatantly unresolved, resulting in atmospheres that somewhat evoke a more humorous Raymond Carver. At times, I found myself immersed in the intricacies of his eye for detail, and the applications of the classic writing rule of showing, not telling.

"Your mother's fingers graze your sternum, and this makes you uncomfortable. A spray of large and painful pimples has recently sprouted there. They throb with humiliated awareness when your mother touches them. This area of your body is a source of worry, in part because, years ago, a babysitter told you that in their teenage years all boys develop a soft spot in their chests, like a baby's fontanel, and that you could kill somebody by punching him in that place (Tower 115)."

These details make even the weaker stories contain some worth. "The Door In Your Eye" appears to be a sort of homage to Alfred Hitchcock's Rear Window, but dissolves into an unsatisfying climax that seems to be grasping for obvious symbolism. But as I mentioned, even the shaky plot of the story is lifted by the nuances of the characters, and the unique descriptions that make even the mundane feel heightened. The title story, "Everything Ravaged, Everything Burned," could be the most polarizing piece in the entire book. It's an old-fashioned Viking tale, but laced with modern dialogue for a story that feels both historical and relevant, with the dialogue working as bitingly funny in the face of intense violence (imagine what could be meant by the phrase 'blood eagle,' and see if the actual definition matches what you mentally created). When discussing various forms of art and creativity with friends, I often use the phrase "I love this, but I could see how others could hate it." "Everything Ravaged, Everything Burned" is a great example, since I can imagine that a comedy based on murderous Vikings wouldn't appeal to everyone.

"'Uh-huh, said Djarf. 'Can't tell us anything about a hailstorm, or locusts and shit, or a bunch of damn dragons coming around and scaring the piss out of everybody's wife. You don't know nothing about any of that.'
Naddod held his palms up and smiled piteously. 'No, I'm very sorry, I don't. We did send a monkey pox down to the Spanish garrison at Much Wenlock, but honestly, nothing your way.'
Djarf's tone changed, and his voice got loud and amiable. 'Huh. Well, that's something.' He turned to us and held up his hands. 'Hey, boys, hate to break it to you, but it sounds like somebody fucked something up here (Tower 227).'"

There are quite a few other stories that I haven't mentioned, but the examples above, while taken out of a lot of context, stand well as previews of Tower's writing style. The sociological aspects that I mentioned above are mainly in the sense that the characters are all seeking happiness in some capacity, but as in real life, it doesn't come as expected, doesn't come at all, or comes in profoundly disturbing ways. Tower's descriptive gifts alone are worth the attention, and combined with the wealth of emotions that the stories contain, the collection is one of the better books that I've read so far this year. Everything Ravaged, Everything Burned is an example of classic storytelling with unique twists, told by a writer who is rightfully on his way to the attention that he deserves.

For more on Wells Tower and his creative process, read this interview from Bookslut. Some of this conversation is standard, but Tower does highlight some excellent companion ideas to his stories and creations.
at June 24, 2010