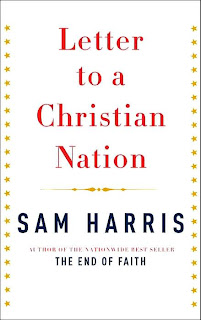 I'm crafting this post as a letter in order to keep up with the format of the two pieces I'll be discussing and citing. While this does function as one of my standard review/response pieces, I'll be sharing some of my personal beliefs, ranging from the religious to the political. I do my best to keep Chicago Ex-Patriate away from strictly opinionated tones, but the nature of this piece requires some personal statements. In the past month, a lot of media attention was devoted to the Texas Board of Education's revisions to textbook content, with a majority vote calling for a more Christian and conservative point of view of history. If my recent readings are still correct, the final approval will be ratified in May. Dr. Don McLeroy, the conservative leader of the Texas school board, was the face of this controversy, and his re-appointment was recently voted down by the Texas State Senate. However, the uproar over the curriculum dominated the news, in both liberal and conservative mediums. The separation of church and state (Dr. McLeroy is a Creationist Christian) seems to be continually undermined, and led to my reading of the 2006 work Letter To a Christian Nation, by Sam Harris.

Harris poses his work in the literal sense, crafting a slim letter aimed at Christians in the United States (and, by extension, any religious fundamentalists). Personally, I'm an atheist, and having recently finished Harris' work, I've completed the "big three" of atheist bestsellers, including Richard Dawkins' The God Delusion and Christopher Hitchens' God Is Not Great. I've never been ashamed of my beliefs, but I've also never been one to trumpet them avidly; a self-righteous non-believer can be just as insufferable as a self-righteous religious person. Letter To a Christian Nation reads like an edited version of The God Delusion, both in size and vitriol. Harris doesn't sugarcoat any of his assertions, but compared to Hitchens, he's a lot more tactful. For the purposes of this essay, I'm focusing on select passages, ones that reiterate the intermingling between church and state.

"The Ten Commandments are also worthy of some reflection in this context, as most Americans seem to think them both morally and legally indispensable. While the U.S. Constitution does not contain a single mention of God, and was widely decried at the time of its composition as an irreligious document, many Christians believe that our nation was founded on 'Judeo-Christian principles.' Strangely, the Ten Commandments are often cited as incontestable proof of this fact (Harris 19)."

Christians are a majority in this country, and President Obama's mention of "non-believers" in his Inaugural Address would have been unthinkable even ten years ago. I have no problem with people using religion personally, for personal guidance or stability. But when it becomes a supplement for public policy, medicine, and science, then it becomes problematic. The Bible was a text written by men, and has had amazing influence on the history of literature. This has been said thousands of times in much more expanded manners than this, but it's not an infallable text. Morality, goodness, and respect are inborn traits, just like hatred, evil, and disrespect.

"While we do not have anything like a final, scientific understanding of human morality, it seems safe to say that raping and killing our neighbors is not one of its primary constituents. Everything about human experience suggests that love is more conducive to happiness than hate is. This is an objective claim about the human mind, about the dynamics of social relations, and about the moral order of our world. It is clearly possible to say that someone like Hitler was wrong in moral terms without reference to scripture (Harris 24)."

Letter To a Christian Nation is timely in regards to the Texas debacle, but a recent article, from an unlikely source and author, works as a terrific companion to Harris' work. In the May 2010 issue of GQ, editor-in-chief Jim Nelson devotes his monthly letter to Dr. McLeroy and the Texas school board. Before I continue, I want to stress that I'm not assuming that Harris and Nelson share the same beliefs down the line. Nelson heavily advocates the separation of church and state and critiques McLeroy's creationist views. However, in his letter, he makes no assertions that he's an atheist. I'm linking the two writers on the basis of subject, not on the basis of personal beliefs. 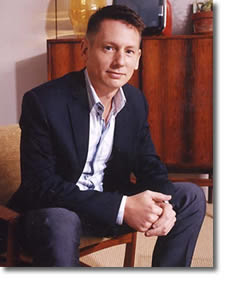 "Last year, [McLeroy] tried to get his creationist theories put into science books, based on his firm belief that God created the earth in six days, not that long ago--somewhere between 6,000 and 10,000 B.R. (Before Reagan). You can argue with this guy if you want, but you will be on the wrong side of history. He'll make sure of that.
So what's American history gonna look like? Whatever Dr. McLeroy and his devout following think it should look like. Which is to say, very Christian. In an interview with the Times, McLeroy summed up his view of history this way: 'There are two basic facts about man. He was created in the image of God, and he's fallen.'
Any questions (Nelson)?"

The difference between Harris and Nelson is obviously the tone--Nelson gets his points across directly and eloquently, but dashed with humor. These are serious issues--the Christian right believes that ancient doctrines are facts--, but like a lot of somber events in this country, sometimes it helps to sit back and laugh at the incredulous happens, even if the Texas school board's rulings will branch out to textbooks across the country (the state, being the largest buyer of schoolbooks, has the strongest say in what (and how) information is presented).

"And poor Jefferson? The school board doesn't much like him. He loved his country, but apparently he didn't love God enough. Old Commie Jefferson got written out of study of the great Enlightenment philosophers, because, well, he argued for the separation of church and state, and according to the new dental view of history, that wasn't very American of him (Nelson)."

Another angle is that the debate is an insult to intelligence as well as secularism. Scienctific discoveries are still being questioned in the face of religious dogma. Throughout history, science has had its share of missteps (phrenology, scientists associated with Big Tobacco), but to disclaim evolution and world history, and by extension using the same principles as the foundation for education, is as big a travesty. During the 2008 Presidential race, John McCain was criticized for stating that the United States is a Christian nation. Sadly, he was right. Religion and science aside, it's still shocking that intellectualism is often viewed as a problem instead of a solution. I'll close with Nelson's closing statement, which sums up an opinion that should be the norm in the United States, but will probably never be in some areas.

"No thanks. I'll stick with the eggheads and Enlighteners of the world. In fact, I wish they'd get more riled up--that the smarty-pants and Darwinian geeks and wise separators of church and state would rise up in Texas and take control of history. Jam it down their throats!"