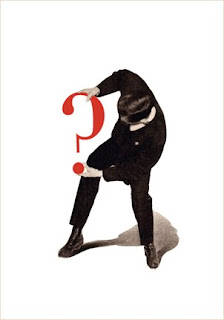 I first read a review of Padgett Powell's The Interrogative Mood a few months ago, and, while said review was very favorable, my initial reaction to the idea of the novel was skeptical. No essay, analysis, or standard review can begin without acknowledging the format--it's a novel composed entirely of questions, whether compact or of a run-on variety. I would guess that part of my wariness (and admitting this shows that the true fault lies with me, not the author) was my unfamiliarity with Powell as an author. Had one of my favorite, more familiar writers attempted such a piece, I might have been more immediately drawn to the notion. One of literature's greatest feats, dating back centuries, is the attempt to break free from standard molds. This can take many forms, from surrealism (William S. Burrough's Naked Lunch) to complete reworkings of language (Anthony Burgess' A Clockwork Orange). Other attempts, while exceedingly difficult, can sometimes come across as gimmicks as opposed to literature at its core. Lipograms are more rare examples. As a child, I clearly remember one of my fact books including a passage on Gadsby, a work written entirely without the letter 'e.' Other examples are plentiful, but I've found that some of the most radical changes in format can be surprisingly fluid, and can house stunning writing. Italo Calvino's If On a Winter's Night a Traveler is one of my favorite examples; and now, The Interrogative Mood has placed itself in that company.

"Can you cook? Can you fight? Can you lie? Can you do anything well? Have you acquired a sufficient stock of clothes from a mail-order seller that you can, if you want to, flip through the catalog to decide what to wear that day? Do you know a peony from a petunia? What exactly does 'Standard & Poor' mean to you? Can you hang ten? Do you dance? Do you view extreme sports as legitimate enterprises or are they just imprudent fucking around until you get hurt (Powell 108-109)?"

This is a random selection of the text, and is a great introduction to the mood and evocations of the writing style. The idea of randomness is, at first glance, the second major theme after the formatting. Powell's questions span almost every area of interrogation imaginable: curious musings, moral tests, private sexual wonderment, theological pondering, everyday "whys?", and sometimes hilarious "what ifs?" It's a very quick read, but a lot of the passages prove difficult in that it's hard to not stop and actually question yourself on some of the heavier queries. The full title of the book is The Interrogative Mood: A Novel?, which works as an excellent double definition. One, it acknowledges the style immediately, but also hints at the potential criticisms that it's not a "novel" in the strictest sense, if a reader must abide by the standard elements of plot, characters, and climaxes. With this idea in mind, Powell carefully repeats some of the questions in random sections of the novel, and occasionally acknowledges this literally:

"If everybody is back now, may I ask if your predilection to order chocolate or vanilla over time has changed or have you remained more or less constant? Would you rather be in the hospital or in jail? Why do Americans use the article before hospital and not before jail? Would you rather be in hospital or in the jail? What is the best meal you have ever had (and forgive me if I have asked this before; if I have, do not feel compelled to give me the same answer) (75-76)?"

But in a few of the passages, themes are repeated without explicit reminders, thus adding a novelistic feel to a work that a lot of people might classify as just a philosophical experiment. Powell asks a few questions regarding firearms, creating hints of violence, and therefore an object that, in a "standard" novel, would have plentiful meanings. The old theatrical/cinematic notion of "if you show a gun in the first act, it must be fired by the third" comes to mind, even if the weapon isn't mentioned in a usual sense. As varied as the text is, Powell chooses his words very carefully, so there are meanings in even the most casual questions.

"Is your appreciation of a good material thing--let us say that pearl-handed revolver there--influenced by having worked hard to get it, or are you as likely to value a good thing having come by it easily (5)?"

There is also a constant mention of blue jays, creatures that, if they appeared more than once in another text, would be begging for further analysis. Powell is making the reader think in terms of standard literary criticism, even in the face of a non-standard text. This is an almost scientific proof that The Interrogative Mood is truly a novel in the classic sense, a juxtaposition of two warring styles blending seamlessly together. In the below passage, the blue jay is mentioned before jumping into an entirely different set of questions.

"Do you know that since I last asked you about the disappearance of the blue jay--I meant to, if I did not--that I have found one blue jay feather under my house? Would a complete familiarization with the military campaigns of Napoleon provide the modern-day general with much of value, or little of value, or a medium quantity of value in terms of what is called the necessary skill set for a general today (110)?"

I'm sure that, with more readings of the text, I could find some critiques to make of the novel, but going on my single reading, it's hard to find fault in a work that does exactly what it sets out to do--Powell asks questions, hundreds of them, each one resulting in at least a moment of reflection. In my introduction above, I use the word radical, and that may be a slight stretch in describing The Interrogative Mood. Once one gets over the quiet understanding of the format, the text moves fluidly from one idea to the next, and upon later reflection, it stands as a great example of what Calvino championed during his life: the idea that a novel can evolve and still adhere to literary principles. Powell works in vastly differing subjects, but creates a volume that challenges, reflects, educates, and moves, and uses language in carefully constructed ways. Simply put, those are elements of consistently successful fiction.