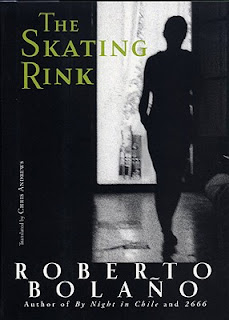 This doesn't happen with too many writers, but whenever I read a book by Roberto Bolaño, I feel a keen sense of excitement and anticipation, feelings that take me back to what I experienced when I first discovered The Savage Detectives. Since his death in 2003 and the rise in his international acclaim, the English translations of his works have been welcome, but I've long given up on trying to stay abreast with them, chronologically speaking. In the last few years, I've purchased more than a few of the original English hardcovers, some of which are still on my shelf waiting to be read, while I've realized I need to devote time to other writers, as much as I'd enjoy a Bolaño marathon. My last reading of his work (not including magazine/journal publications) was nearly two years ago, so I figured it was time to dust off one of the books I've had in my possession. In that time, a few issues have been raised regarding the sheer number of posthumous publications, which seem to appear at least once per year, but sometimes with two or three popping up every six months or so. He was stunning prolific, but does the weight of his output diminish his talent, since the publications include some of his "lesser" works? And, as I've touched upon before, did the rapid, near-universal praise that his work received lead to a sort of diminished appreciation? These thoughts can be valid as well as pointless. Even with his less-acclaimed work, there's at least a small literary value; he didn't write fluff or throwaway works, and the only "problem" I've personally encountered is trying to keep in mind the biographies of the characters who appear in various forms throughout his books. The idea of "smallness" works quite well in the Bolaño canon, especially when his themes are equally displayed in more compact works, just as they are in his longer ones. This holds true with The Skating Rink.

The novel is told by three male narrators in the seaside town of Z, outside Barcelona: Remo Morán, a business owner; Enric Rosquelles, an overweight civil servant; and Gaspar Heredia, a nightwatchman at a local campground. All three men are connected, both intimately and socially, with Nuria, a beautiful figure skater who has been dropped from the Olympic team. Other small but essential characters appear within the narrations: Carmen, an aging, eccentric opera singer; Caridad, a younger woman who constantly carries a knife, which is mentioned so often as to render obvious the clue in the ensuing mystery; and the Rookie, a seemingly dangerous man who hangs out in a small bar. Two major plot points are revealed right away, and the reader has to make sense of the ensuing "detective" story: Rosquelles, infatuated with Nuria, builds her a skating rink in an abandoned mansion, a scandal because the rink is believed to have been built with laundered public funds. This rink becomes a murder scene, and the three interlocking narrations become explorations of potential evidence. The three men have strong opinions of each other, and the challenge lies in determining who is telling the honest side of the story. The details alternate between blatant and subtle. For example, Moran makes two early mentions of Heredia, nearly identical save for one major detail:

"We were adolescents, all of us, but seasoned already, and poets, so we laughed. The stranger's name was Gaspar Heredia, Gasparin to his casual friends and enemies (Bolaño 1)."

"It's true: in May I found a job for Gaspar Heredia, Gasparin to his friends, a Mexican, a poet, and flat broke at the time (Bolaño 7)."

While the murder mystery is the focal point, the surrounding details are as fascinating in their own right. Originally published in 1993, The Skating Rink was one of Bolaño's first published novels, and for an early effort, it still manages to preview the styles and themes for which he'd become renowned: the eerie, sometimes detached account of murders, sociological and civic corruption and disorder, and creative characters devoted to living their lives as they personally see fit. In various stretches of the narrative, the reader can sometimes forget about the mystery aspect and get lost in the beautiful details, some of which become essential to the resolution.

"The music was the 'Fire Dance,' by Manuel de Falla, and I could see the skater's torso moving in time with it as she lifted her arms, doing a clumsy yet somehow affecting imitation of a devotee offering a gift to a tiny invisible deity. The rest--the ice, the girl's legs, her silver skates--were mainly hidden by piles of packing cases left there to block the way and make the place look like an amphitheater when viewed from the rink, although as I made my way around them, they seemed to form something more like a miniature labyrinth. For a start all I could see was the girl's back, her arms curved in an ethereal embrace and the spotlights shining onto the ice, which reminded me of the lights around a boxing ring in Tijuana (Bolaño 61)."

Some of the passages exploring the down on their luck characters are striking, insofar as they create an aura of small-town life that reveals the universality of the downtrodden. I don't know how much of this is from Bolaño's original writing or Chris Andrew's translation, but it adds an atmosphere that would be right at home in an American mystery novel or film:

"I'm a rookie in this hell-hole of a town, said the Rookie when I asked him how he got his name. A rookie, a newbie at the age of forty-eight, a hick who doesn't know his way around the traps, and has no friends to help him out. He earned a bit of money salvaging stuff from dumpsters, and spent the rest of the day hanging around bars away from the beach, on the edges of Z, where the tourists don't go, or clinging like a limpet to the ever-unpredictable Carmen (Bolaño 89)."

The political scandal also has distinct airs that would be right at home in film noir:

"And if they ignore you, what will you do? If who ignores me, cutie? The people at City Hall, the mayor's man, everyone...Carmen burst out laughing, her teeth were chipped and uneven, and most of her molars were gone, but her jaw, by contrast, was strong and well-formed, the sort that holds firm when things are falling apart. You don't know what I have on them, she said, you don't know what a fuss I'm prepared to kick up. You and Caridad? Me and Caridad, said the singer, two heads are better than one...(Bolaño 94)." 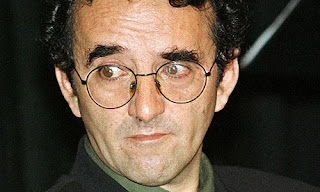 Given my previous mention of the similarities that surround Bolaño's works, it's too easy to make connections between this early work and his later ones. However, for anyone even partly familiar with his writing, it's impossible not to think ahead to his later, more detailed works. For example, one of the chapter openings feels as if it was directly lifted from 2666:

"The days that preceded the discovery of the body were undeniably strange: freshly painted inside and out, and silent, as if we could somehow all sense the imminence of a calamity. I remember during my second year in Z, the body of a teenage girl, almost a child, was found in a vacant lot; she'd been killed and raped. The killer was never found. Around that time there was a series of murders, all fitting the same pattern: they began in Tarragona and moved up the coast, leaving a trail of bodies (girls killed and raped, in that order) all the way to Port Bou, as if the killer was a tourist on the way home, but a very leisurely tourist, because a whole summer season elapsed between the first and the last of the crimes (Bolaño 99)."

Again, these details are more or less related to the plot, and the revelation of the killer almost becomes an afterthought toward the novel's end; it's the attention to those details, both big and small, that makes The Skating Rink such a satisfying work. Sympathy for the characters come and go, along with the realization that, as a reader, you're trying to determine the motives and potential lies of the narrators. Therefore, the book is a murder mystery in name only. There's so much more beneath the surface, and getting lost in the asides is not a distraction. Returning to my introductory note about reading the works of Roberto Bolaño in chronological order: it would have been fascinating to read this work before The Savage Detectives and 2666. The hallmarks--poets, murders, and conflicting narrations--are there, and while The Skating Rink is not at all an introduction, it's a fascinating look at the ways Bolaño handled encompassing themes in a tidy format before moving on to more complex works. Yes, this is a murder mystery, but the build-up offers more satisfaction than the resolution. I've read and enjoyed his shorter works before, but since I finished it, this novel has stayed with me more.

Work Cited:
Bolaño, Roberto. The Skating Rink. Copyright 1993 by The Heirs Of Roberto Bolaño. Translation copyright 2009 by Chris Andrews.
at May 18, 2012