Perplexing Visits: Jennifer Egan's "A Visit From the Goon Squad" 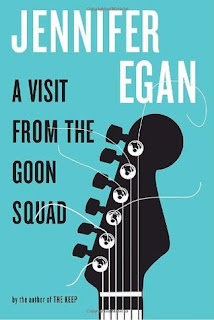 This month, I'm in the rare position of having a backlog of books to review for this site. I recently went through a more-voracious-than-normal reading binge, therefore having a handful of completed works awaiting essay reviews. While this is a good thing, I've been struggling with and partly avoiding this particular write-up. This struggle is personal, since, as I'm sure I've mentioned more than once, I'm a champion of constructive criticism, and I want to elevate discourse. In other words, the world of Internet writing and criticism is so fraught with ridicule, that the need to offer such disclaimers becomes necessary. My best friend writes the website Anthropogamer, and I recently tweeted this sample from one of his essays, since it sums up my thoughts quite well: "It has become so easy for a person to become publicly vocal that what is often said is completely and utterly pointless." At this point, I'm obviously circling around the issue. In the past, I've read shorter excerpts of Jennifer Egan's novels, and found a sample from The Keep to be extremely well-written and compelling, working as its own short fiction as well as an intriguing hint to what her novels could contain. I ended up reading A Visit From the Goon Squad, published in 2010, and had the opposite reaction, which was only magnified by the lavish praise given to the work. I know I'm in the minority here, but I feel it's one of the more overrated novels to appear in quite some time.

A Visit From the Goon Squad is a layered, ambitious work, spanning multiple characters, places, and time periods, going from one to the other from chapter to chapter. The characters include Bennie, a record executive and former punk rocker; his assistant Sasha, a woman with a troubled childhood and an addiction to kleptomania; Lou, a pedophile music producer; Jules, Bennie's brother-in-law, a journalist "famous" for his attempted rape of a movie star; La Doll, a publicist attempting to soften the image of a tyrannical, genocidal dictator; a washed-up musician named Bosco, a man with a crazy, unique idea for a final comeback tour; and various minor and major family members and friends of Bennie and Sasha, some who make key appearances, and some who emerge and end up fading into the background. The narrative structure alternates between standard chapters and inventive ones, including one of the final chapters told in a series of PowerPoint slides from the points of view of Sasha's daughter and autistic son, and the closing of the book set in a future New York City, a technological world that doesn't seem so terribly far away. Looking at this recap of the characters, it's all the more shocking to see that, with such a promising foundation, I found the book to be as perplexing as I did. Part of the problem is that the themes are sometimes too blatant, and while one could fill a big shelf with contemporary novels that attempt to make sense of our digital, sometimes too socially connected world, Egan makes sure this idea is rendered literally. For example, here's a passage narrated by Scotty, one of Bennie's former bandmates:

"Here was the bottom line: if we human beings are information processing machines, reading X's and O's and translating that information into what people oh so breathlessly call 'experience,' and if I had access to all that same information via cable TV and any number of magazines that I browsed through at Hudson News for four- and five-hour stretches on my free days (my record was eight hours, including the half hour I spent manning the register during the lunch break of one of the younger employees, who thought I worked there)--if I had not only the information but the artistry to shape that information using the computer inside my brain (real computers scared me; if you can find Them, then They can find you, and I didn't want to be found), then, technically speaking, was I not having all the same experiences those other people were having (Egan 73)?"

A lot was made about the David Foster Wallace-inspired character in Jeffrey Eugenides's The Marriage Plot (I've only read parts of that work), and Egan goes further with Jules, writing his journalistic account of the interview and attempted rape of movie star Kitty Jackson. I couldn't tell if it was meant to be a satire or a homage, but again, what had the potential to be a successful attempt turned out to be too literal, constantly reminding the reader of the late Wallace not subconsciously, but so obviously that it becomes tired after just a few pages. Of course, this could be a way to highlight critiques of Wallace's style, but it becomes monotonous very quickly. At the very least, it shows how Wallace would have written had he been pompous and contemptuous of his audience, rather than just so supremely intelligent that his writing sometimes couldn't contain his inner monologues:

"But my Pavlovian efforts to suppress the PR component of our lunch have succeeded, and Kitty falls silent. No sooner have I congratulated myself on this triumph, however, than I catch Kitty glancing, sidelong, at her watch (Hermès). How does this gesture affect me? Well, I feel slopping within me a volatile stew of anger, fear, and lust: anger because this naif has, for reasons that are patently unjustifiable, far more power in the world than I will ever have, and once my forty minutes are up, nothing short of criminal stalking could force the intersection of my subterranean path with her lofty one; fear because, having glanced at my own watch (Timex), I've discovered that thirty of those forty minutes have elapse (Egan 132)."

Egan writes very good dialogue, making everyday conversations feel realistic, even in the most everyday situations, but there's the occasional piece of dialogue that feels so contrived and out of place as to be distracting, especially coming from someone as established as herself:

"Sasha turned and stared at him. She looked angry. 'Who am I talking to?' she asked. 'You're Bennie Salazar! This is the music business. 'Five years is five hundred years'--your words (Egan 26).'"

I've jumped around with these examples without really getting into the plot, but the recap I presented above gives a generally concise overview. Returning to the narrative structure, most reviews of the book at least casually mention how it can be viewed as a novel or a collection of short stories, connected by the characters. Examples and arguments can be made for both, as well as arguments as to who could be the main character. Sasha and Bennie are linked, not romantically, but by their association and the web of interconnected family and friends. However, I found myself not caring about any of them. This isn't to say that a character in a novel has to be sympathetic or achieve some sort of redemption. However, A Visit From the Goon Squad is full of people who are only casually constructed, or created in a fashion that gives him or her a lot of characteristics, but not any real reason to care. For such a character-heavy work, the emphasis is really on the social and cultural themes, but overall, I find it hard to pinpoint what Egan is ultimately trying to say. There are a lot of personal struggles and the occasional excellent chapter (my favorite being an account of Lou's trip to Africa with his children and girlfriend), and ideas on how personal problems are aided and magnified by a frenetic world, but overall, it feels like a stumbling attempt to fictionalize themes that are continually explored in other, better fashions. 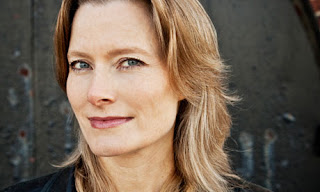 And that's part of my struggle to write such a critique. Egan is a talented writer, but I feel that A Visit From the Goon Squad would have been immensely better with stylistic changes. The novel tries to balance between classic, straightforward storytelling and experimental flourishes, and while this isn't structurally distracting, I have a nagging feeling that Egan was trying to do too much. A writer should never be faulted for being too ambitious or attempting to do too much, as long as the message is clear. However, this work would have benefited from more focus on select characters, or an adherence to a standard narrative or even an adherence to a fully experimental form. I went into this reading with such high hopes and left it confused and wanting much more. With so much fluff in the world of fiction today, Egan should be commended for attempting to explore some very intangible ideas, and I'm still looking forward to catching up on her previous works. However, I just don't see how the praise for A Visit From the Goon Squad was warranted. Again, I know I'm in the minority, but it didn't connect with me the way it has for the majority.

If Goon Squad didn't put you off too much, check out Look at Me. A lot of similar characters and themes, written more straightforwardly and (I think, maybe) excellently.

I'll definitely put that one on my list. I haven't read this post in awhile, so I don't remember if I was needlessly harsh on Egan. I love her work in short doses, and her "Twitter story" in The New Yorker awhile back could have been gimmicky, but worked amazingly well.