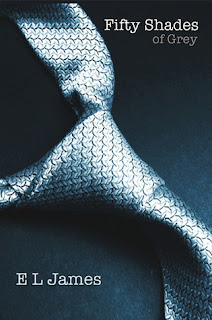 As a bookseller, I've spent the last few months fielding multiple requests for copies of E.L. James's romance novel Fifty Shades of Grey. The numbers of inquiries started modestly, and have grown with the book's recent media attention; had I documented this, I would be able to illustrate it with a pretty straightforward graph chart. I knew the title before I knew its contents, and certain genre titles (in this case, romance) get extra notice before fading away. However, Fifty Shades of Grey has shown no signs of slowing down. It began as a "print-on-demand" title, frequently being unavailable, and has been picked up by Random House for another release in April. At first, I merely shrugged when I kept getting asked about it. Then, as details of its plot became more understood in the mainstream, I found myself grumbling a little, but treating it no differently than any other erotic thriller that my store keeps in stock. I then crossed two thresholds of anger and despair that led me to devote an essay to this "phenomenon," since I very rarely write pieces for the sake of complete criticism. I caught a Today show segment on the book, in which a book club participant boasts about having not read a book in nine years until picking up Fifty Shades of Grey. Then last night, I read the first chapter of the book on a whim, and was completely taken aback by the terrible writing, to the point of sending out this tweet: "I did it: I read chapter 1 of 'Fifty Shades Of Grey.' What utter, unequivocal shit on paper. Please let this be a joke. Please." This garnered the most retweets I've ever gotten (okay, four people retweeted it, but it's still my highest total), mainly from people whose profiles indicate that they write erotic fiction, as well as from Andrew Shaffer, a writer who has had success with his own Fifty Shades parody.

My tweet was meant for laughs, but I was serious. My reading of the first chapter left me in a state of complete exasperation and disbelief. Fifty Shades of Grey began as Twilight fan fiction before morphing into the BSDM tale of Ana Steele and Christian Grey. The shudder-inducing phrase that has been thrown about is "mommy porn," but I didn't even get into the sexual aspects of the book. The opening chapter is rife with ridiculous passages, banal character descriptions, and a ridiculous emphasis on Ana's clumsiness and Christian's wealth and power. A co-worker of mine was taken aback at how shocked I was at the writing. I knew the work would be fluff, but James's writing style is that of a teenager, and the fact that people supported it and read it so much to the point of major publication is astounding. Am I being too harsh? Yes, because this is clearly the work of someone who is new to fiction writing. Fifty Shades of Grey is exactly the type of writing that happens when a.) someone decides on a whim to start experimenting with fiction, and b.) is given too much praise and not enough constructive criticism. I'm sure fans of the book will roll their eyes at me, being just another "book snob" who is being too mean and is not content to let people enjoy what they want to enjoy. I've thought about this to the point of coming up with genuine retorts to the kinds of criticism that would be given to people who simply want to promote good writing instead of the juvenile works of writers like E.L. James. 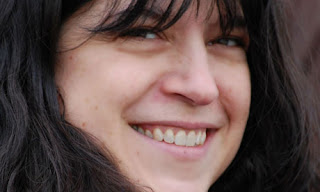 1.) You're not the book's target audience. Yes, that's true. Genre fiction is marketed (and sometimes written) with specific niche audiences in mind, but I've always been a champion of works that speak to a wider group. For example, I'd be the first person to admit that I've read very little science fiction in my life, yet I know enough to appreciate the writers who manage to have crossover appeal. Romance novelists have their devoted fans and followings, but very few of them garner the mainstream attention inexplicably given to E.L. James. Writers are free to create what they see fit, and there are plenty of titles and subject matters that don't appeal to me, but appeal to millions of others. My entire gripe is not the book's genre or subject matter, but the fact that the writing itself is so bad. It's not a case of me "missing the point" or sticking my nose where I have no business doing so. Good and bad writing abounds in every style, fiction or non-fiction. I feel that I have the background to make my opinions known.

2.) E.L. James is giving her fans what they want. What have YOU had published? Yes, that's true. And a few months ago, I lost a few Twitter followers after making fun of romance novel titles. Romance aficionados are a very devoted group, and who am I to critique an author who knows her audience and is garnering attention? And no, I'm not writing this because I'm jaded, nor am I approaching this with the mindset of "great, THIS is considered publishable fiction?" I'm 28 years old, and after years of writing my own fiction, I've yet to have anything published. This is because I wrote A LOT of terrible stories in my late teens and early twenties, and after awhile, I was able to discern what was good and what was bad. I have friends who are not afraid to tell me if I've written something that needs fixing or complete scrapping. I'm self-critical to a fault: I will absolutely love a piece of my own fiction one day and hate it the next before moving into another round of editing. I'm working on a few pieces that I hope to have ready for summertime submissions. This has taken years of trial and error, self-reflection, and energy, but I know I've evolved and grown both personally and academically. This never would have happened if I had had an audience of people who would not critique me and tell me if my writing was bad. I'm not begrudging James for having a work published that I dislike.

3.) People who otherwise wouldn't read are reading. What's wrong with that? The Fifty Shades of Grey phenomenon has gone against a truth that I used to passionately promote. I generally believe that all reading is good, even if a given work is weak, since the act of reading engages the brain in unique ways. But Fifty Shades isn't even pretending to be a piece of literature. People are reading it just to get to the erotic parts, as evidenced by the bland opening chapter that establishes the obvious personalities of the main characters. Therefore, I can't in good consciousness believe that this is good reading for people who don't read. At work, I'm continually stumped by people who ask for recommendations, followed by "but I really don't like to read." My heart goes out to romance novelists who actually attempt to create a plausible plot, or even put time and effort into supernatural or outlandish plots, rather than writing like a teenager. Again, these aren't my genres, but I know there are dozens, even hundreds of novelists who have put more effort into their works.

As for the subject matter: like any plot, sexual writing has its good and bad examples. At Instafiction, we've featured quite a few stories with explicitly sexual themes, proof that good writing can elevate anything. "Quiet Please" by Aimee Bender and "The Fence" by Lindsay Hunter are great examples of sexually charged fictions that don't hold back, yet are pieces of superior writing styles. These are female writers who are unafraid to push boundaries and explore unusual manifestations of sexuality, yet, with the exception of Bender, haven't received nearly the attention that E.L. James has enjoyed in recent months.

Much like political writings, I know this piece isn't going to sway anyone. People who love Fifty Shades of Grey won't blink and realize that the writing is bad, and readers who agree with my assessments already have the same views, and therefore won't find anything new in my words. I'm simply dismayed that the nationwide attention is being given to these books (it's a trilogy), when far superior writers can offer the same explorations in far better styles. I'm not being critical to be an asshole, and I'm not trying to be a book snob, turning his nose up at popular culture. I'm just amazed at how terrible the writing is, and that's my biggest complaint. Read and write anything that explores any kind of sexuality you want, but at the end of the day, emphasis on sound writing skills is essential. I just can't sit here and let these works be classified as literature. And for people who claim they don't read or don't like to read: please, just try. You'll find that any interest you have is backed up by excellent writings. You just need to be patient and look, instead of opting for the easy examples.
at March 22, 2012