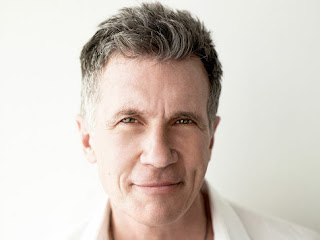 As is the case when I present one of my Chicago Flame, pieces, I'm currently a bit behind schedule on my other readings, especially with the holidays in full swing. After flipping through my copies, I came across this phone interview I conducted with author Michael Cunningham in conjunction with the film version of his novel The Hours. I've now seen the film about four times, and while I wouldn't immediately list it as one of my favorites, it seems to get better with every screening. While several years have passed, and since it was conducted via telephone, I clearly remember Mr. Cunningham to be very engaging and genuinely humbled by the response to his work. I'm ashamed to admit that I still have not read any of his novels, but I'm going to make sure that I include one or two of them on my 2012 reading list. For the most part, this is the full article, but I had to make some edits based on my then-faulty factchecking (A Beautiful Mind was NOT a novel as I originally stated). But otherwise, I present this in full, stylistic problems and all.

Cunningham Reflects On the Impact Of The Hours (Originally published in The Chicago Flame, February 18th, 2003)

A bulk of the best films in the last decade share a little-discussed bond. Forrest Gump, Fight Club, Jurassic Park, and scores of others have been based on novels. An author pens a tale that becomes modified into a screenplay, and hopefully it becomes a feature film. The original storyteller often becomes lost in the shuffle, and probably has every right to feel spited. However, Michael Cunningham is anything but bitter. His novel The Hours is the source of one of this season's best films, a movie set to take home several Academy Awards. Cunningham couldn't be happier for the movie's success and critical acclaim.

"It's life-affirming," he comments. "The movie is about life going on in the worst of situations. It's a beautiful film with its own life."

Authors are also known for disliking the films based on their stories. However, with better acting and filmmaking, this trend seems to be changing. Cunningham seems just as moved by the film as any regular moviegoer. He's especially touched by Nicole Kidman's amazing performance as Virginia Woolf. "I was surprised. She was magnificent, and we've been really underestimating Nicole as an actress. It's a respectful, compassionate portrait." 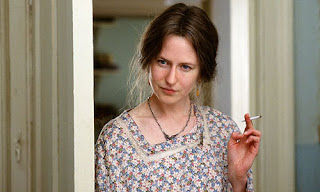 "The film shows what an actor can do. Meryl Streep breaks an egg in a way we've never imagined. Julianne [Moore]'s able to break down and cry, yet still be composed," he says, regarding the small yet power scenes in The Hours that not only define the emotional intensity, but also show the talent of the film's leading actresses. Cunningham loves the film, and feels satisfied by having written the novel and nothing else. "I wouldn't have wanted to write the screenplay. I got along with [The Hours screenwriter] David Hare. He's English, formal, and kind of standoffish, yet deeply involved. We had a long discussion, yet he wrote the screenplay alone. It needed a fresh eye."

He is not totally modest about his importance to The Hours' legacy, both as a novel and a film. "I feel that I'm part of the team, but I was instrumental. But not for a second did I think it [the novel] would be such a hit. It's shocking and daunting." As satisfied as Cunningham is, the adaptation doesn't come without setbacks, albeit mild ones. "The pattern and symmetry are better in the film," he says. "Things had to be cut out of the film, including characters. But, the characters are more rich onscreen."

The art of writing is a passion that is easily open to influence. Any author will be more than happy to discuss the writers who came before him or her, the idols that shape both styles and serve as motivation for originality. Cunningham best exemplifies this idea, being forever grateful and indebted to the life and work of Virginia Woolf, especially her visionary novel Mrs. Dalloway. What better way is there to honor a novelist than by writing a novel that intricately relates to her life? "Any great artist is fascinating," says Cunningham. "Especially people who beat the odds. Woolf's life was colorful, and she lived in a time when changes were taking place."

His response to Mrs. Dalloway is simple, yet profound: "How does one produce such a thing?...Woolf was the first great author that I read. I was forced to read Mrs. Dalloway [in school], and I saw the complexity. She did what Jimi Hendrix did to music. I hoped to do something 1/10th of that."

"She writes so beautifully about London. It tells more than a document or a photograph."

The Hours is a homage to Woolf in virtually every single aspect, including the title. Cunningham acknowledges that The Hours was Woolf's original working title for Mrs. Dalloway. "She thought it was the simple story of a hostess who eventually kills herself. Then she realized that it really was Mrs. Dalloway. I even tried some different endings for The Hours, just like Woolf. I just wanted a modern day Mrs. Dalloway."

Cunningham is happy to see Woolf's novel continuing to be a required reading in college classes, for he feels its influence will touch impressionable readers for years to come. "It's great to see anything living on. Virginia wrote about the joy of being alive. We're supposed to look at the big things in life because we're only here for a short time. There are no mundane things in life. The clock is always ticking."

"The Hours doesn't belong to any genre, it's a member of its own. There's no real target audience."

The film presents scenes that depict the three leading women displaying homosexual tendencies, which some critics claim supports a "gay agenda" in today's movie business. Cunningham downplays these comments with optimistic views of today's more accepting climate. "There's no gay agenda. Hollywood shows different lifestyles. None of the women in the film are gay or straight. We're all complicated. We don't fit political roles. Today even men can be feminists. The terms gay, straight, and bisexual don't say anything about the ambiguity of sexuality." The notion of a male writer exploring the female mindset doesn't faze Cunningham, as complicated as the subject can be.

"As a male author, I get the character or I don't. The gender doesn't matter. I don't know anything about women that nobody else doesn't know. We may or may not have knowledge of a woman's sexual ambiguity. I like to complicate sexuality." He brings up a crucial fact that applies to all writers. "If I didn't empathize with my characters, I wouldn't care about them." That is extremely important from a writer's point of view. As influenced and touched as Cunningham is by Virginia Woolf, his growth as a writer has yielded immense self-discovery and inner gratitude.

"I started off in writing workshops. I went in confused and young, but came out as a confused, young writer." Cunningham is an alum of Stanford University, where more exposure to creative writing changed his life. "Stanford creative writing taught me how to write," he puts it simply. "It turned a hobby into a passion. The line between talent is blurry. I'm interested by the notion that I could write about my surroundings."

The great writers have influenced him, both past and present. Flannery O'Connor, Gabriel Marquez, William Faulkner, and William Gibson are just a handful of the writers who have helped Cunningham. He's prepared to be a role model himself for any writer who needs someone to identify with. He offers this tried and true advice: "It took me ten years to get published. Don't give up." Fortunately for us, Mr. Cunningham never gave up. A devotion to a legendary author guided his goals, and now he'll forever be associated with the creation of a groundbreaking novel and a surefire film classic in The Hours.
at December 22, 2011