Instafiction has yet another major market appearance this week. Editor/founder Jeremy P. Bushnell wrote up synopses of our five favorite stories of 2011 on behalf of the excellent curatorial site Longreads (beware of this site; even if you're the most casual of readers, there's enough material linked to move one to tears). The folks at Longreads have been very kind to us, linking and retweeting our selections from the very beginning, and now offering Jeremy the chance to expand on some of the more vibrant pieces.

The original link is here. And this link is a compilation of multiple lists of 2011's best long form writings. Enjoy and support! 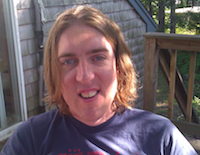 During his lifetime, David Foster Wallace made massive contributions to the worlds of fiction and nonfiction alike, and I still miss his presence in the world acutely. The Pale King was a towering book of my summer, and although it didn’t quite yield the pleasures that a truly finished work might have, many of its fragments and episodes had the power of great short stories. See, for instance, this chapter, published as a standalone piece in The New Yorker.

Whitehead’s Zone One is a great 2011 novel about government, bureaucracy, urban space, and human population. Oh yeah, it has zombies in it, too. Esquire gave us the first 20 pages—detailing a four-zombie attack on the book’s protagonist—right before Halloween, but it’s just as good a read now, at year’s end.

Women all over the globe begin spontaneously combusting. Men don’t. Feminist? Fabulist? All of the above? Either way, this one stuck with us. Thanks to New Delta Review for publishing it.

Lethem hasn’t put out a short story collection since 2006’s How We Got Insipid, but he’s still writing short fiction, and this year he placed a memorable tale of domestic collapse with the Paris Review. The setup: Upon moving his family into a sprawling farmhouse, a father makes a decision: one room will remain empty. “The empty room is like a living organ in our family’s house,” he claims, although in actuality it becomes the hollow core around which the family implodes.

This fall, in the Chicago Reader, our Associate Editor Jamie Yates praised this story (from PANK Magazine) as a story that straddles the line between “the realistic and the mythical” and derives strength from each. You could also say it does the same with the line between the human and the animal. All this line-crossing makes the story into a kind of tangled skein, humming with tension. Taut, terse, and eerie: the best of a certain kind of experimental work. **

I think I speak for Jeremy when I say we're excited to carry Instafiction into 2012. Thanks to our readers and the excellent literary community for the excellent work that we find and share.
at December 27, 2011