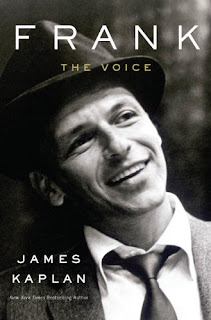 Whenever I read a book, I can never resist reading the author's afterword or acknowledgement page, even though, most of the time, it's merely a list thanking various people, family members, and editors, people whose names I'll forget forty-five seconds after putting the book away. However, James Kaplan's acknowledgement in his latest book Frank: The Voice offers a simple, yet necessary understanding. In it, he says: "To encourage a first-time biographer to take on [Frank] Sinatra--not only a gigantic subject but, perhaps, the most chronicled human in modern history--might have looked like sheer folly (720)." My own fascination and admiration of Frank Sinatra goes back to my childhood, and has been a constant even though my tastes and studies have grown to include a much wider film and music base. However, to be blunt, there are too damn many books about Sinatra, most of which, while offering the occasional new information, have to restate the obvious biographical facts and tidbits that even the most casual Sinatra fan knows inside and out. The Sinatra biography "industry" began most famously in 1986, with Kitty Kelley's His Way, a book that more or less made Sinatra out to be pure evil at worst, and a common criminal at best. The other end of the spectrum contains biographies written by Sinatra's daughters, Nancy and Tina, which are written with a glow and only a hint of the negativity that will inevitably surround such a famous public figure. However, a few other books provide a much better lens: Anthony Summers published Sinatra: The Life in 2005, an excellent biography that balanced the good with the bad. Tom Santopietro's Sinatra In Hollywood had a tendency to be overly deferential, but proved to be more detailed than most, since it focused exclusively on Sinatra's up and down film career. Last year's publication of Kaplan's book went even further, in a way that is deceptively simple, yet hasn't really been undertaken: it's the first volume of a two-part biography, and instead of cramming Sinatra's entire life into one tome, he explores Sinatra's early life, from his birth up to his Best Supporting Actor Academy Award win in 1954 for the film From Here To Eternity.

Biographers usually tend to go down one of two paths: one is that of straight reporting and detailing, offering facts and scenes with a purely journalistic eye. The other path seems to be gaining much more relevance in recent years, with the writer doing his or her best to "insert" themselves into the history, with alternations between the details and the opinions of the chronicler. In Frank: The Voice, Kaplan does both, and in doing so, manages to create more than a few solid arguments about Sinatra's development, both as a person and as a singer/actor. From the beginning, Kaplan explores Sinatra's relationship with his mother, Dolly, and shows that their love/hate relationship effected Sinatra more than most fans realize.

"Yet that doesn't quite tell the whole story. Yes, Frank Sinatra was born with a character (inevitably) similar to Dolly's, but nature is only half the equation. Frank Sinatra did what he needed to do for himself because he had learned from earliest childhood to trust no one--even the one in whom he should have been able to place the ultimate trust (Kaplan 10)."

In Kaplan's opinion, this early relationship would provide the foundation for more than a few of Sinatra's future relationships, both romantic and personal. Not only did his mother's dominating personality rub off on him, but his relationships with people--from bandleader Tommy Dorsey to his second wife Ava Gardner--tended to run hot and cold, especially when said people proved to have make-ups that included equal dominance. This is all open to interpretation, but Kaplan does make a convincing argument. Tommy Dorsey ran one of the tightest bands in the height of the swing era, and it was inevitable that the unquestioned leader would clash with the rising singer who, even from the beginning, was determined to eventually succeed on his own terms. Refreshingly, Kaplan manages to take a lot of famous Sinatra stories and anecdotes, even the ones that tend to border on apocryphal, and write about them with new vigor. For example, take Dorsey's final words to Sinatra after the singer finally breaks away from the band.

"As for the Sentimental Gentleman of Swing, Tommy Dorsey drank a good bit backstage at the Circle Theater the night of that final broadcast, and liquor always put a fine edge on his cold Irish anger. When Sinatra cried on his shoulder, Dorsey had seven words for him.
'I hope you fall on your ass,' the bandleader said (Kaplan 146)." 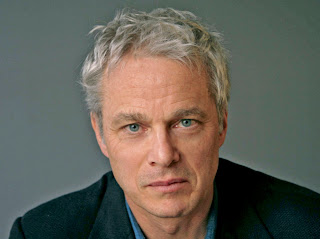 Once Ava Gardner entered Sinatra's life, she became a constant, even through their most strained times, and even until her death years after their divorce. Like most biographies, the picture of those two is one of intense lust and love, mixed with bitter fights, jealousy, suicide attempts (on Frank's part), and terminated pregnancies. Scouring Gardner's autobiography, as well as other well-researched and cited accounts, Kaplan gives a compelling new side to the Sinatra-Gardner relationship, even going to far as to highlight stories that might be exaggerated, all for the sake of giving the best account possible:

"Artie Shaw's story about Ava's sexual confession ('it's like being in bed with a woman) may be half-true; it certainly shows Shaw to best advantage, and Sinatra to worst. But it chimes oddly with the [faked suicide attempt by Sinatra] at the Hampshire House. Sinatra certainly had a hysterical side, and was nothing if not hypersensitive. And Ava was all things to him, siren and drinking buddy and mother surrogate, and great artists have polymorphous souls (Kaplan 418)."

The above passage leads to my only real complaints about Frank: The Voice. While the Sinatra-Gardner relationship is an essential part of any Sinatra account, Kaplan seems to bring it up often, even without the sake of transition. The reader is treated to excellent details, but the story is too often steered to yet another tale of the Sinatra-Gardner drama, which very well could be blamed on their relationship, and not the fault of the author. Their fights were so over-the-top and melodramatic that it makes the accounts tiring after awhile. And the last sentence of the above Kaplan citation includes a telling phrase--"great artists"--which is often difficult to ascribe to Sinatra. However, for a man who was never able to read music, his interpretation of classic songs, as well as the occasional great film performances, steer him towards the term "artist," but in all reality, Sinatra's artistic integrity was limited to his vocalizing. Kaplan seems nobly intent on creating a picture of Sinatra as an artist through and through, but in reality, the only times that Kaplan effectively captures this is in details of Sinatra's intuitive singing, his way of making his voice an instrument instead of just the carrier of a given song.

"The next night he recorded four more songs, and one of them, the first--a pretty Burke-Van Heusen tune called 'Like Someone In Love'--had been arranged by [Nelson] Riddle. [George] Siravo's charts were lovely, but this orchestration, with its Debussy/Ravel-esque flute passages (the flute would soon become a Riddle signature), was something special: a gift from one lover of impressionism to another, and a promise of more complex beauty to come (Kaplan 660)."

Overall, Kaplan's account is impressive, given his research into even the most documented aspects of one of the most documented lives in entertainment history. Frank: The Voice doesn't try to be a juicy tell-all, especially since all of the more gossipy parts of Sinatra's life have been detailed to almost no end. Kaplan's tone didn't fit at times; he occasionally attempts to add "tough guy" lingo to an otherwise journalistic approach, and some of the flourishes in the events are a bit too novelistic in what is a predominantly excellent work. However, the attention to detail, and the attempts to flush out smaller accounts instead of attempting to cram a varied life into one volume is one of the rare examples of a writer doing this for integrity, rather than dividing a work into multiple volumes for the sake of royalties (Kaplan will be writing an account of the second half of Sinatra's life). This book would make an excellent introduction to anybody unfamiliar with Sinatra's life; for even the most ardent Sinatra fans, it's an excellent work, and even the smallest new details are enough to satisfy the people who likely know everything about Sinatra's life and music.