Last June proved to be an rarity in Chicago sports: the Chicago Blackhawks won the Stanley Cup after being the sexy (and logical) favorite for the championship. At the same time, I proved to be a rarity myself, being a Chicagoan who refused to hop on the Blackhawks bandwagon. I've never been a hockey fan, and I didn't feel the need to become a temporary one when the entire city was caught up in the excitement. That's not to say that I wasn't appreciative; the only hockey game I saw all year was the Stanley Cup championship game, when I happened to be at a local bar with my brother. When the game ended, the entire bar erupted. A possibly homeless woman took the time to high-five everyone in the establishment. I applauded, felt a tinge of euphoria, and just as quickly, it subsided. While I'm all about civic pride, I was annoyed by the scores of people who took it upon themselves to don Patrick Kane jerseys because it was the chic thing to do. This year, the same thing might be happening. For the first time since 1998, the Chicago Bulls are a possible favorite to win the NBA championship, and many people, people who stopped following the Bulls after Michael Jordan, Scottie Pippen, and Phil Jackson left the team, will be dropping cash for Derrick Rose and Joakim Noah jerseys.

I'm a major fan of the Bulls and the Chicago Cubs, but I've always been diligent about distancing myself from the normal ebbs and tides of Chicago sports. I find it ridiculous that people still cling to the 1985 Bears, and when I attend a Cubs game, I actually watch the game instead of going to enjoy the scene and to get drunk (however, it is possible to consume more than the recommended amounts of Old Style while actually watching a baseball game). The civic pride will be terrific if the Bulls advance deep this year, but a part of me will be falling into the stereotype of a fan. I want people to be excited about this team. I love being able to exchange excited Facebook messages with a handful of my fellow Bulls fanatics. However, part of me wants to talk to everyone who hops on the bandwagon or dusts off the Bulls fanaticism that was tucked away in 1998. I've never stopped being a Bulls fan, and part of me will want to ask a few questions. Where were you? Where were you during the terrible years? Were you drumming your fingers watching Keith Booth and Rusty LaRue? Deep down, were you never buying the drafts of Eddie Curry and Tyson Chandler? Were you hopeful when the Bulls signed Ben Wallace, only to watch it fade rather quickly? 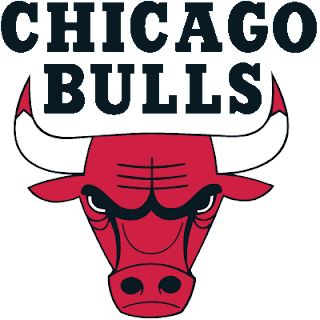 It's easy to get caught up in the potential of the 2011 Chicago Bulls. When Derrick Rose was drafted in 2008, he came with a ton of potential and skill, but nobody was able to foresee his leadership and the development of said potential. He challenges himself and his team every night, and while national commentators love to harp on his "shortcomings," nobody can deny the beauty of his layups and fast-breaks. Joakim Noah came into the league branded as a headcase, but his development is even greater than that of Rose. He matured, toughened up on defense, and made himself into one of the greatest assets on the team. Early in the season, he was rumored to be part of a potential deal with the Denver Nuggets in exchange for Carmelo Anthony. If this had happened, I would have been devastated. Even if 'Melo had dropped 35 points a game as a Bull, he never would have matched Noah's intensity and drive. Last year, the Bulls lost in the opening round to LeBron James and the Cleveland Cavaliers. Even though they lost, their determination was never in question. ESPN columnist Bill Simmons stated that the mentality of Rose and Noah was a sort of love letter to last year's free-agent class: "We're wired the right way. We want to win." Instead of signing LeBron James, the Bulls signed forward Carlos Boozer; instead of landing Dwyane Wade, they signed Kyle Korver to strengthen the bench. While the consensus is that the Bulls "lost out" on the major free agents, the players that they did sign ended up contributing enormously, helping lead the team to the best record (62-20) in the league.

Nationally, the Bulls are sexy again. They have the best point guard (Rose) in the league, and they are a favorite for nit-picky sportswriters who assume that they don't have the talent to compete with the likes of the Lakers, Spurs, Celtics, or Heat. Among the Bulls' supporters, a lot has been made about the team's history. This year marks the twentieth anniversary of Chicago's first NBA championship, which was won against the Los Angeles Lakers. Along with the Lakers' penchant for being a terribly difficult playoff opponent, a lot of writers and commentators are gushing over a re-match twenty years in the making: The Bulls vs. The Lakers in the NBA Finals. Add a dash of Lakers head coach Phil Jackson (who led Chicago to their six previous titles) claiming that he's retiring after the season, and the supposed pieces are in place for the NBA's final playoff match.

While I would not complain about this if it did happen, the realist in me wants to take things slowly. In today's age of instant analysis and instant gratification, if the Bulls lose in the Eastern Conference semi-finals or conference finals, the onslaught of critiques and opinions will be overwhelming. Of course, living in Chicago adds yet another twist. As sports fans, Chicagoans are obsessed with the past and with history. The aforementioned 1985 Bears will remain the local favorite until a new Bears team finally wins the Super Bowl; the 2008 Chicago Cubs won the most games in the National League during the anniversary of their last World Series title in 1908, and while they didn't succumb to history, they succumbed to reality: a hot Dodgers team (more Los Angeles references) with great pitching and timely hitting. Simply put, Chicago needs to separate the current teams from the glory teams of years passed.

Derrick Rose is not Michael Jordan; he's Derrick Rose. Joakim Noah is not Scottie Pippen; he's Joakim Noah. Even if Rose and Noah had playing styles similar to Jordan and Pippen, it would be ridiculous to keep making the comparisons. While contemporary athletes are constantly compared to their previous counterparts, this year's Bulls team should be respected and loved for their difference. They play the best defense in the league, and with Rose, they have a player who can take over nearly at will. Their bench players can go hot and cold, but in a playoff atmosphere, I'd err on the side of hot. If Chicago fans want to make a comparison to the past, it would be wise to go with this one: Derrick Rose is in his third year as a professional basketball player. It took Michael Jordan seven years to win his first championship. While I'm aching for the Bulls to go all the way, I'm hoping that, if they don't, the fans and media personalities think back to the build-up of the previous championship teams. After years of being close to winning a title, the first one in 1991 was a perfect culmination.

Chicago: get excited when the Bulls tip off tomorrow against the Indiana Pacers. However, don't get caught up in the potential ending, since it could be disappointing or spectacular. Enjoy the ride, and know that if it doesn't happen this year, the foundation is set. In 1991, there were no such things as Facebook and Twitter calling for instant happiness. The current team, much like its predecessors, will get by with practice and sweat. Some things never change with the times.
at April 15, 2011