The (Should Be) Hall Of Famer

In any circumstance, December is the harshest month in which to discuss or write about baseball. Even though the 2010 World Series ended less than two months ago, it already feels like a truly distant memory. The winter meetings are under way, and the trades and free-agent signings are being reported quietly (Adam Dunn to the White Sox) and loudly (Jayson Werth's stunning signing with the Washington Nationals). Locally, with the exception of a page or two in the local papers on said winter meetings, baseball in Chicago is a literal afterthought, especially with the Bears leading their division and the Bulls trying to capitalize with their young, talented core. In a perverse paradox, I pass by Wrigley Field during my commute to work, and especially given Chicago's brutal cold snap in the last week, baseball seems so far away, yet so close (pitchers and catchers report in just over two months, much closer, at least subconsciously, than the two months prior since the end of the World Series). The recent death of former Cubs third baseman/announcer Ron Santo makes this off-season middle ground much more poignant. The only real activity around the ballpark comes from people snapping photographs of the candles, Old Style bottles, and signs that have formed outside in remembrance of Santo. I hate to obviously sentimentalize someone's death, but it seemed cruel that he passed just days before the Veteran's Committee elected former GM Pat Gillick to the Hall Of Fame. Santo was never ashamed to lobby the Veteran's Committee on his Hall Of Fame Credentials, especially given the fact that a.) he put up great numbers with the historically mediocre Cubs; if Santo had played with the Yankees or Dodgers, he probably would have been in the Hall years ago, and b.) he played with diabetes throughout his career, eventually having both legs amputated. He was also the greatest, most unabashed homer in broadcasting. When the Cubs were fighting for the playoffs in 1998, Santo's call of a late inning error by outfielder Brant Brown was an eloquent, journalistic "NO! NO! NO! NO!," one that will always be remembered in Cubs history.

I wanted to get that out of the way, since I've been thinking about this essay since before Santo's death. Given the above introduction, the title of this piece, and my status as a Cubs fan, one would assume that this would be a look at Ron Santo; instead, it's a look at a player who was not elected by the Veteran's Committee, and someone who in the last fifteen or so years has not been elected by the Baseball Writers Association of America (the BWAA). Admittedly, it's about a player whom I never saw pitch, either live or on television, and whose stats are very good, but just shy of being stellar. However, despite my lack of personal knowledge, I was shocked that Tommy John wasn't elected by Veteran's Committee, along with Gillick. 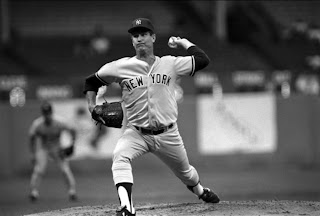 Despite all of the evidence and commentary that hints to baseball lagging in popularity behind football and basketball, the Baseball Hall Of Fame seems to have the most respect of all the major professional sports, whether this is due to baseball being a game so old that it never pulls itself away from history, or if it's a case of the Baseball Hall Of Fame marketing itself in a much better fashion. The annual announcements, whether by the Veteran's Committee or the BWAA, have all of the hype and excitement of the Academy Awards: who will be named? And just as, if not more importantly, who will be snubbed? Much like the hype or build-up to any award, the anticipation can be just as great as the announcement. For the 2011 inductions, a lot of attention was given to the late Yankees owner George Steinbrenner, and following the lack of votes, just as much attention has been given to his not being selected. Up until a few days ago, I simply assumed that Tommy John would be elected. When that didn't happen, I decided to look at his numbers and status, aided by a website that I've used and loved frequently in the last few years, Baseball-Reference.com. By going with numbers alone, and given baseball's history-long obsession with statistics, it's wonderful to see how John's numbers both frantically point to and sternly deny his status as a potential Hall Of Fame inductee. He pitched in 760 games over twenty-six seasons (good for 56th all-time, ahead of Hall Of Famer Warren Spahn, but below Hall Of Famer Don Sutton); he won 288 games, just twelve shy of the magic 300 mark (ahead of Bob Gibson, below Lefty Grove); his career ERA was a decent 3.34, but makes for a distant 319th place all-time, ahead of Robin Roberts and just ten spots shy of assumed future Hall Of Famer Roy Halladay). Yes, I'm just throwing numbers out there without any true analysis or concrete thoughts (I'm pretty much doing the same thing that Jayson Stark does every week). Again, numbers are subjective. Anyone can pick a baseball player at random and be shocked at how his numbers in a given category compare, for better or for worse, to players in baseball history. However, my firm belief in John's worthiness of the Hall Of Fame has nothing to do with his statistics, but in reality, everything to do with his statistics. Tommy John belongs in the Hall Of Fame for his longevity, and the fact that not as many people know ulnar collateral ligament reconstruction by its official name; it's much better known as Tommy John surgery.

Some people might (perhaps rightfully) take a step back and say "You think he's deserving of the Hall Of Fame just because his name is synonymous with a surgical procedure?" I say yes, and before I began this essay, a random Google search of just headlines shows that a lot of other people feel the same way. In the truest, non-cliched sense of the phrase, John was a trailblazer. He was the first professional athlete to have the procedure done, and the fact that his name is now attached to what is (at least in baseball circles) a procedure in which the major hassle is just the recovery time, really adds a legacy that is worthy Hall Of Fame, and makes his numbers that much more amazing. Three years after having the surgery, he won twenty games, finished second in Cy Young voting, and helped lead the Los Angeles Dodgers to the National League Pennant. This isn't the same as Lou Gehrig having his name attached to amyotrophic lateral sclerosis after his death. Not to downplay Gehrig's condition (which may have been something else entirely), but John proved that success after ulnar collateral ligament reconstruction was possible, in a time when there was almost no hope of recovery from major elbow ligament damage. To use the often-tired phrase, some legitimate future Hall Of Famers have undergone the surgery: John Smoltz, John Franco, and Billy Wagner.

The "proper" close would be to make some obvious comparisons throughout baseball history, given that it's a game that's heavy on "firsts," "after 'x' happened, this happened,' and so on. And it's certain that if Tommy John had not been the first baseball player to undergo the surgery, then someone else would have, and thereby received unofficial naming honor. But even by numbers alone, 288 wins, even if it's just an average of just over eleven wins a year, is proof of John's skill and the fact that dozens of other ballplayers, both famous and under the radar, undergo ulnar collateral ligament reconstruction and end up having healthy, productive careers. Perhaps the Veteran's Committee will end up electing him, perhaps not. But if I, as a quiet writer/baseball fan, can come up with some pretty strong arguments for John's credentials, then surely actual baseball veterans could do the same. As much as baseball is determined by what happens on the field, the happenings off the field can be equally important. For example, Dr. James Andrews, a surgeon who perform the majority of Major League Tommy John surgeries, has been touted as a possible Hall Of Fame inductee, dating back for at least the last three years. When one mentions baseball and technology, there can be wonderful examples of the advances made in the field, advances not named steroids or human growth hormone. If a logical case can be made for a doctor's contributions to the sport, why not the man whose name will forever be linked to the benefits and safety of a career-saving procedure? Imagine a position player having a total of 342 home runs, 1,331 RBIs, and 2,254 hits in a career interrupted by Tommy John surgery.

Actually, that's what Ron Santo did in his entire career with diabetes. Just thought I'd throw that out there.
at December 07, 2010