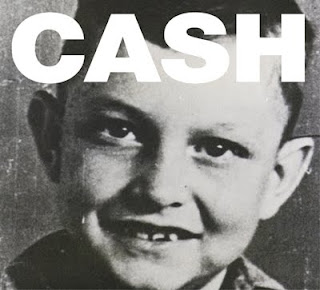 Part of any review or look at the latest Johnny Cash album will likely include a plea, so it's probably best to get it out of the way early. At first glance, a lot of potential listeners (with the exception of the biggest fans) may assume that it's just a quickly released disc, culled together to squeeze some dollars based on the name of a deceased artist. However, this isn't the case with American IV: Ain't No Grave. Even if it were, the music would be enough to warrant a listen. But this is a carefully selected, brief collection of tracks that form a stunning chapter in the Rick Rubin-produced American series. When American V: A Hundred Highways was released, it felt like a fitting conclusion, but with this latest version, there's even more to appreciate. I'm not one for bombastic praise right off the bat, but it's important to establish that this album isn't another in a long line of releases done with the idea of "legacy" trumpeted, but with no heart put into it.

Given that Johnny Cash has been dead since 2003, there also may be the possible tendency of reviewers to resort to tired metaphors. I'm sure that somewhere this week, if it hasn't happened already, someone has written that "Johnny is speaking to us beyond the grave." However, the album shouldn't be viewed as some ghostly communication. The opening title track, "Ain't No Grave," begins with Cash's weakened but strong voice claiming that "there ain't no grave can hold my body down." However, with some minimalist musical accompaniment from the Avett Brothers, it quickly morphs into a gleeful defiance of death, a theme that, even if unintentional in the original sessions, has loomed over the last six Johnny Cash releases. He uses this traditional song to explore other common themes--being reunited with family, being called by God--but there's no vocal evocation of being passive about moving on.

The following two tracks are excellent covers, from an unexpected source (Sheryl Crow's "Redemption Day") and a veteran country songwriter (Kris Kristofferson's "For the Good Times"). One early review of Ain't No Grave that I've read explains that Crow wrote her track as a criticism of Operation Iraqi Freedom. Cash doesn't add much to it except a stern voice, and naturally that adds wonders. He lets the emotions of the lyrics tell the story, and combined with his somber touch, the effect works amazingly well. One might wonder or assume that, because of Cash's age at the time, that his voice has its limitations. This is evident on some of the American songs, but there's an unmistaken realization that he knew when to increase the dramatics or take them down a few pegs.

This idea is evident towards the end of the album on the track "Cool Water." One of the most famous versions of this was recorded by country singer Marty Robbins. In Robbins' version, the song is sung at a slighter faster tempo, giving an air of urgency to a story about two men hallucinating about water in a barren desert. The Johnny Cash version here is slower, opening it up to a less literal interpretation, highlighting the metaphorical qualities. The song could be about the search for anything elusive.

"I Corithians 15:55" is the only song that was written by Cash, and it goes against what I mentioned above. It's another song that highlights Cash's religious beliefs, but also seems to the lone exception to the idea of the man resisting death. On this track, he is almost passive, but welcoming of what's in store. But one part of the lyric adds another idea: "Oh death, where is thy sting?" For a song about the inevitable, for an artist with full religious convictions, it's almost shocking that he refers to death as a sting. To me, it shows a more realistic side, that no matter what one believes in, the idea of death has to be scary in some capacity. I'm not religious at all, and I have personal critiques of organized religion and Christianity. I don't mention this to make it more personal, but to highlight that, even despite my beliefs, I've always appreciated Cash's take on spiritual hymns. At the very least, there's no way one can doubt his personal convictions.

As darkly somber as the album is as a whole, it's strikingly beautiful. The tracks have a feel of minimalism, as opposed to the previous five albums, with light accompaniment almost taking a backseat to Cash's voice. With the mix of songs, from the traditional to the contemporary, to the little fanfare that's been given to this release, there's really nothing to critique at all. It's unlikely that any of these songs will immediately become listed as part of his greatest hits, but these are essential "new" recordings. Perhaps I'm biased as a Johnny Cash fan, but it's hard to find fault in an old master doing what he did best.
at February 24, 2010