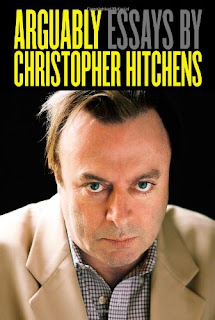 Like some people in my generation (and mindset), I first discovered Christopher Hitchens via his book God Is Not Great: How Religion Poisons Everything. I loved his arguments and style, but what captured me the most was his fierce passion for the subject. Arguments, style, passion: generic terms, yes, but it's difficult to refute their application to his words. Last September saw the publication of Arguably, easily the biggest, most diverse collection of his essays, collected from a variety of publications and spanning all of his major subject matters: literature, politics, words, and religion. Sadly, the book's release seemed to be clouded by his imminent death; indeed, he passed from cancer two months ago. However, upon tackling the enormous volume, I never got the feeling that it was published to capitalize on his expected passing, and I would have felt the same had it debuted after his death. The essays are fascinating, sometimes dense, and never on the fence, so to speak. No matter what opinions one had about his opinions, nobody can deny his convictions.

My introduction above might seem to be a hyperbolic personal eulogy, which wasn't my intention, and while I was tempted to read Arguably right after his passing, I decided to wait until the news releases, links, and thoughts had quieted down. Having finished it, I realize how little I knew about the diversity of his writings. It opens with many of his book reviews, and his literary criticisms are varied and professional. Few journalists have the face and name recognition that Hitchens enjoyed, but as a book reviewer, his persona is hidden, and the emphasis is on the subject matter. His literary acumen was stunning, and some of his best passages are both entertaining and intellectually stimulating. A good example is the opening to his review of Upton Sinclair's The Jungle. He combines opinions, backgrounds, and a segue into the heart of the topic.

"Probably no two words in our language are now more calculated to shrivel the sensitive nostril than 'socialist realism.' Taken together, they evoke the tractor opera, the granite-jawed proletarian sculpture, the cultural and literary standards of Commissar Zhandov, and the bone-deep weariness that is paradoxically produced by ceaseless uplift and exhortation. Yet these words used to have an authentic meaning, which was also directly related to 'social' realism. And the most fully realized instance of the genre, more telling and more moving than even the works of Dickens and Zola, were composed in these United States (Hitchens 47)."

I'm not ashamed to admit that I have not read a lot of the authors he discusses in his reviews, but, a sign of sound writing, I found the essays to be thought-provoking, and more than once I made a mental note to investigate a given writer. Hitchens had the ability to bridge the gap between readers familiar with a topic and those (like myself) who are new to the subject. While he keeps himself "hidden" for the most part, his personal literary essays feel just as objective. In discussing his falling out with Gore Vidal, it's commendable to note how Hitchens engages in genuine analysis, not stooping to the level of nitpicking. His words are fierce and unabashed, but still maintain dignity and wit. Even at his most vitriolic, he was never argumentative for its own sake, but rather because it was necessary.

"For some years now, the old boy's stock-in-trade has been that of the last Roman: the stoic eminence who with unclouded eyes foresees the coming end of the noble republic. Such an act doesn't require a toga, but it does demand a bit of dignity. Vidal's phrasings sometimes used to have a certain rotundity and extravagance, but now he has descended straight to the cheap and even to the counterfeit. What business does this patrician have in the gutter markets, where paranoids jabber and the coinage is debased by every sort of vulgarity (Hitchens 92)?" 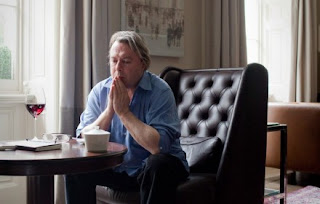 While I've been consistent with my praise, a notable aspect of Hitchens's work is that even his biggest fans do not agree with him on everything, and even within some of these disagreements, there are two sides to the arguments. Hitchens supported the U.S. invasion of Iraq, not on the grounds of the Bush administration's rhetoric, but on the basis of removing a despotic leader. He lambasted the Islamic insistence on burkas and veils as representations of controlling and demeaning women, and today, it's still a very controversial subject, overlapping authoritarianism and the women who wear them out of personal freedom in certain countries. I fantastically disagreed with his essay "Why Women Aren't Funny," a piece that acknowledges the controversial claim and attempts to back up the argument with scientific claims (men are funnier because of evolutionary genetics; it's a way to attract women). While it's an insult to women, Hitchens was not misogynistic, as further essays decry the lack of freedom women have in certain Middle Eastern countries.

The political essays are pretty evenly mixed between historical analyses and personal voyages, of which the latter proved to be the most fascinating. Hitchens made several trips to the Middle East, and his accounts are a blend of travel narratives and cultural observations that sometimes read like fiction, in the best of ways. Take this account of encountering a swastika at a market in Beirut. There are other, more solemn words, but this passage was so gripping, so gleeful, and such an excellent representation of his views.


"Well, call me old-fashioned if you will, but I have always taken the view that swastika symbols exist for one purpose only--to be defaced. Telling my two companions to hold on for a second, I flourish my trusty felt-tip and begin to write some offending words on the offending poster. I say 'begin' because I have barely gotten to the letter k in a well-known transitive verb when I am grabbed by my shirt collar by a venomous little thug, his face glittering with hysterical malice (Hitchens 514)."

In all reality, an essay collection of this scope is generally beyond the realm of being "reviewed." There is simply too much material, of such varying topics, that a true, complete analysis would be much longer than the actual book. Therefore, highlighting some of the more representational passages is the best way to go. Amazingly, his atheistic writings, for which he received the most attention, compose the smallest selection in the book. Perhaps the implication is that readers know where to go to review these pieces, and as a fitting, final tribute, Arguably is meant to showcase the diversity of Hitchens's intellect. His fights for secularism were among the most sound arguments against religious hypocrisy and abuse, but at the same time, that wasn't his only love. He was a true man of letters, as this volume showcases, and it's a fitting representation of one of the best international journalists of the last century. This might not be my most "journalistic" post, nor is this a standard review, but I'm grateful to have read his many sides and arguments, and it's rare to finish an essay collection and realize there was so much more about a given writer than I previously knew. I really wish I could have had the chance to meet Mr. Hitchens, and while this might seem like a trite cliche, it's comforting to have access to his writings. For such a public figure who mastered many forms of discourse and media, his best power, and his legacy, is the written word.