Once again, I find myself slightly behind schedule on my readings, so I figured I'd fill in some gaps with another archival piece from my college newspaper tenure. After digging though my copies, I came across this interview I conducted with actor Derek Luke, in conjunction with his starring role in Denzel Washington's directorial debut, Antwone Fisher (2002). While Luke has definitely made a name for himself, it seems as if he hasn't really captured the genuine excitement that came with this performance. He's worked with some acclaimed filmmakers (namely Spike Lee and Robert Redford), and recently starred in Captain America: The First Avenger, but his debut performance garnered serious award nomination talk, and I remember him being genuinely excited about the film's potential. At the time of this interview, Derek and I had a brief talk about America's race relations, and sadly, I never got the conversation going further, so none of that piece of the interview found its way to the page. I was nineteen when I met with Derek Luke, and while this piece does contain the occasional youthful embellishment, shoddy transition, and weak sentence, I feel that it represented my gradual development as an interviewer. 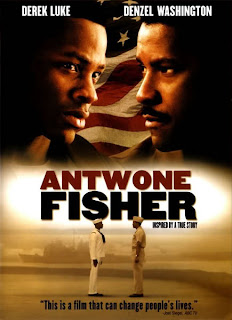 Film debuts are about as common as the commercials and posters that hype these new talents. "A new film by so-and-so", "introducing so-and-so," or "an electrifying debut by so-and-so are the common blurbs in film advertising. For every Edward Norton there are a hundred David Carusos whose screen presence and potential will never materialize. The scenario is similar to big league baseball. Sure, you might get called up, but there's no guarantee that you'll be talented enough to stay. Last month, Derek Luke made his film debut playing the title role of Antwone Fisher. In addition to a strong performance which is creating Oscar buzz in Hollywood, Luke was teamed up with the biggest of big shots in Denzel Washington.

Derek Luke is no shady newcomer, nor is he a potential "so-and-so." Luke is a lit fuse, primed and ready to shake the foundations of American cinema. On top of that, Luke has one of the living legends vouching for his talents.

"Woo-hoo!" is Luke's only response to the emotional magnitude of being able to work with Washington, or as Luke constantly refers to him, Mr. Washington. Not once does the name "Denzel" leave his lips. After starring in a film focused on respect, it is only appropriate that Luke shows that for Washington. "I was allowed to break off of him," says Luke. "But, I did pursue him [from an acting standpoint]. He wasn't a credit to my account."

Antwone Fisher focuses on a sailor haunted by his memories of child abuse. Luke's character is prone to violent outbursts that threaten to lead to his dishonorable discharge. "We're all angry," says Luke. "We all get pushed to the snapping point, whether due to bullies, disrespect, or getting made fun of."

Fisher is sent to see Naval psychiatrist Jerome Davenport (Washington originally just wished to direct the film, but decided to play Davenport for the film's financial backing). The two are only scheduled for three sessions, but Davenport's influence stretches outside the office to help Fisher overcome his problems. 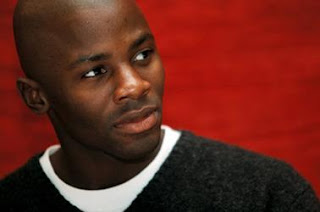 Antwone Fisher is Luke's film debut, but he also has two other films slated for release in 2003. Pieces of April will be screened this month at Robert Redford's Sundance Film Festival. Luke has started off mainly with dramatic roles, but he hopes that the future will bring more variations. "I like everything, I'm open," he says with a sly smile. Luke is a true actor, proven by his body language. His hands constantly move, and his face shifts from one sort of smile to the next. At one point, he even chooses to jump on his hotel windowsill to emphasize a point. "I've made three films with three new directors," he says. "I'd love to try new comedy, new drama. Comedy, suspense...as long as it works."

As far as specific roles are concerned, Luke doesn't have a steadfast preference. "But it is much easier to play a real-life character," he says in reference to Antwone Fisher. The film also has not-so-subtle undertones of racial conflicts. It is obvious that Antwone Fisher goes to certain lengths to show a young black man feeling racially at odds with some of his fellow white sailors. In a film era affected by the lack of black contribution to American cinema, Antwone Fisher is noticeable for black influence--the new star, the director, and the screenwriter are all African-American. Derek Luke is optimistic that the future will be more integrated with little to no focus on skin color. "The world becomes different as it grows," he says. "With time rising and some fine tuning, it won't be about race."

Fame has not gone to his head at all. With the onslaught of accolades and publicity, he simply has to turn towards his family for calmness and reassurance. "It's a new world with my nieces and nephews," he says with glowing pride. " They range in age from five to seventeen. When they touch my face and call out 'Uncle D,' 'Uncle D,' that's all that matters." That statement is almost eerie with its relation to the film. Luke plays a young man striving to attain a family that he never knew. In real life, he has a family that makes him visibly happy.

Being so new on the Hollywood circuit, it is impossible to predict what fortunes that Derek Luke will receive. Oscar speculation for his role in Antwone Fisher is growing steadily. Whether he's nominated or not doesn't matter. Whether he becomes a legend in American cinema doesn't matter, either. Derek Luke has already succeeded. He knows what truly matters in life. Peace of mind will not be a problem for this man. He only needs to look toward his nieces and nephews, his biggest fans. However, don't be surprised if Derek Luke becomes a very hot commodity in the future. He's already halfway there.
at November 09, 2011