A Plea to Literary Magazines and Journals 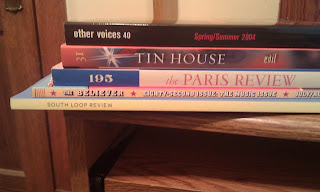 Since beginning my work with Instafiction, an obvious realization has been affirmed: the world of literary journals, both domestic and international, is its own version of Jorge Luis Borges' Library Of Babel (it was no accident that Jeremy selected this story as the introductory piece for the website). When we began the project, I quickly found some excellent stories featured online, and my already great enthusiasm multiplied. Just as quickly, I ran into several walls. Publications, both esteemed and obscure, tend to feature 'archive' tabs, yet many of those links take the reader to a list of the previous issues, with no previews or true archives. Jeremy and I have exchanged dozens and dozens of e-mails as we've continued with Instafiction, and some of the most passionate exchanges of ideas centered on the lack of online availability. Jeremy toyed with the idea of writing a "rant/manifesto," and I also felt strongly enough to make my own opinions heard, and that's what this essay is about. In my research of the past few years, most critiques of literary magazines come in the form of dissatisfied writers who are tired of rejection letters. At worst, these are just snippy arguments, but at best, said anger has led people to create their own journals or websites. I love the world of short stories and publications; the last thing I want readers to think is that I'm raving. I also don't want to shoot myself in the foot: the openness of a lot of publications is one of the reasons Instafiction exists in the first place. Therefore, I want this to be a plea, with the critiques coming in the form of tough love.

Economically, if an organization maintains both a website and an actual print publication, the editors and publishers need subscriptions to survive, not to mention the noble goal of trying to provide writers with rewards for their efforts, rewards above "publication and a free year of issues." The question is: outside of immediate friends, families, and supporters, how do these publications get subscriptions? With the demise of bookstores, the viable market of impulse buyers is dwindling. As a bookseller, I was one of those customers: my bookshelves have more than a few literary magazines purchased on a whim. Granted, it's not financially feasible for most people to subscribe to multiple journals. However, having issues available for public browsing has certainly led to a select percentage of purchases. In today's world, publications have done their best to strike a balance between physical and digital copies. If more and more of these reputable outlets are going to be strictly digital, or see the majority of their work consumed online, it is seemingly obvious that making a portion of the work available for free would help expand readership.

Yes, there's still a problem of media consumers wanting everything for free, which doesn't help in an economic sense. This isn't a new problem. In the 1930s, baseball teams didn't want to air radio broadcasts, fearing that making their product available for free would mean that fans would stop coming to the actual games. It took time for owners to realize that expanded exposure would lead to greater audiences. Some critics feel that all information and creativity should be free, since it has the potential to be re-worked and manipulated for even more examples of creative outputs. My plea is not to have all publications revert to complete, free archives....however, I have come across several that have done so, and most of us wouldn't complain if this was the case across the board. Personally, I'm all about the happy medium, and I feel that most niche publications would benefit from at least some free material. Of course, it all depends on the quality of the stories, poems, and essays. The majority of the websites I've browsed have at least some redeeming quality. More availability would lead to more website hits, and potentially more income than relying on a small circle of subscribers.

I wish I could take credit for the following argument, but this is Jeremy's idea: with a lot of literary magazines offering the sale of back issues without archival samples, some are making logical mistakes. With rare exceptions, who is going to buy an old back issues sight unseen? Good, revered publications have their share of collectors and completists. For the random web browsers who stumble upon a given site, wouldn't the odds of a purchase increase with more comprehensive samples? Again, it's up to a given organization to make that decision. But returning to the baseball example, offering more can do more good than offering nothing. The New Yorker, for example, can get away with limited free material. For a fledgling literary magazine, virtual closed doors can be harmful. 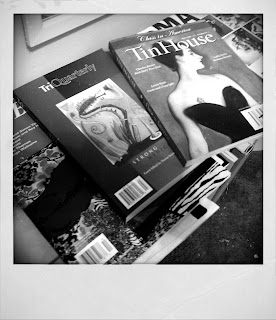 Am I being selfish? Yes, actually. With Instafiction, I've seen too many promising literary magazines with no archives, and therefore no way for us to promote what could be an area worthy of more attention. Jeremy and I have had decent success in reaching out to publishers and writers, accommodating folks who are more than willing to help by creating web pages or navigation tools to make a story available in a web-friendly format. Our "selfishness" is actually a desire to promote. We're behind the scenes, and our goal is to feature terrific fiction, as well as give exposure to writers beyond the usual Facebook pages or Twitter feeds. While asking for requests for available material has been fruitful, sometimes time is limited. If stories were available and worthy, they'd be featured. But with no way to know, sometimes it makes more sense to simply move on to other sources.

At the risk of sounding sappy, I very nearly titled this piece "A (Tough) Love Letter to Literary Magazines and Journals." But really, this is true. From publishers down to readers, the majority of these small writing markets are not created and consumed for money, but for the passionate base of readers and writers who want to see quality work out in the world. Our work with Instafiction aside, it's a joy to be able to stumble upon a particularly creative website or piece of fiction, especially not knowing it existed ten minutes before finding it. Even if audiences remain small but dedicated, the potential to reach out to more people should be one of the guiding forces behind literary magazines. Again, the desire to produce income based on the sales of current and back issues is understandable. However, stories and poems aren't sold like groceries or lawn equipment. So I humbly urge these publications to open their doors, give their writers the exposure they deserve, and in time, hopefully create an open atmosphere of creativity and reading for everyone involved. I've also seen too many story websites that haven't been updated in years, probably due to folding and not being able to continue as a source of writing. I sincerely hope that the smallest of markets continue to succeed, and exposure/availability can only help, not hurt.

(NOTE: The photos I've taken and used in this piece are strictly for illustrative purposes. I'm in no way directing any of my above opinions toward the publications featured in the photographs.)
at August 24, 2011