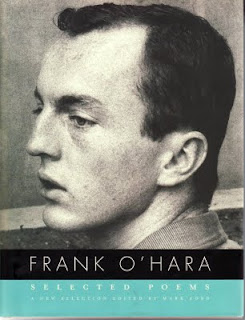 Several weeks ago, a friend of mine shared a link to an article published by the website This Recording. The aim of the article was simple, even if the content was not--to present a list of the one hundred greatest writers of all-time. I immediately skimmed the list, made mental notes of the big names, and sent it to others. Another friend was quick to share his disapproval of the concept, the idea of quantifying creativity and the grouping of vastly different artists. The more I think about it, the more I agree with this critique. I went back and read the piece with more care, and I was dismayed by the fact that the writers were actually ranked from 1-100 instead of randomly compiled. Picking a list of the one hundred best [anything] will never be either complete or strictly unbiased. This month, as we get closer to a new decade, more contemporary lists will be written in a mad dash attempt to celebrate the Aughts, but in actuality, everyone should realize that these lists are opinionated, and it's impossible to assign tangible rankings to intangible works and people.

However, the list on This Recording did have its sharing of redeeming qualities, providing an excellent list of writers who I want to return to or discover more about as I take this blog into 2010 and beyond. I decided to do some studying of the poetry and history of Frank O'Hara (to prove the absurdity of the listings, he was apparently the 83rd greatest writer ever. That, of course, says absolutely nothing). Primarily in the 1950s, he wrote hundreds of poems and inadvertently created works that fit into categories and molds that he passionately resisted. For a better understanding, read the famous opening to his "Personism: A Manifesto," a brief writing that has been defined as a spoof and a spin on somber artist statements.

"Everything is in the poems, but at the risk of sounding like the poor wealthy man's Allen Ginsberg I will write to you because I just heard that one of my fellow poets thinks that a poem of mine that can't be got at one reading is because I was confused too. Now, come on. I don't believe in god, so I don't have to make elaborately sounded structures. I hate Vachel Lindsay, always have; I don't even like rhythm, assonance, all that stuff. You just go on your nerve. If someone's chasing you down the street with a knife you just run, you don't turn around and shout 'Give it up! I was a track star for Mineola Prep' (O'Hara 247)."

His works have a definite individual rhythm, and his dismissal of "expected" poetry norms is, to me, a revelation of a more pure definition of poetics: the use of words and language for emotional effects and a sort of brief storytelling. In some of the overviews of his works that I've read online, some of his earlier poems are described as surreal. While he was a friend of painters and an astute student of art, I don't think the definition of "surreal" applies to his early works. It's more about creative positioning of the words. Some of his early 1950s works can also be viewed as definitions of the poetic form. An excellent example of this is his 1950 poem "Today," which could very well be mistaken as Surrealism in writing. To me, it's more of a sketch, an idea that a poem can be shaped out of any ideas or objects.

still makes a poem a surprise!
These things are with us every day
even on beachheads and biers. They
do have meaning. They're strong as rocks (6)."

As naturally gifted as O'Hara was (virtually all biographies of him have anecdotes about his penchant for writing poems instantly in the span of just a few minutes of time), there's no doubt of his dedication and studies of the form. As David Lehman writes about O'Hara's "Why I Am Not a Painter:" "What looks spontaneous may really be the product of a calculation, a fabrication...Like a crime, true innovation in art requires premeditation, means, motive, and opportunity."

Granted, this is just an overview of O'Hara. He was just as prolific in writing poetic sketches of New York, friends/lovers/acquaintances, somber reflections, bombastic excitement, and moving elegies and odes. His refusal to adhere to any set style manifests itself in both the ability to categorize his poetry into multiple forms as well as the chance for readers to scope multiple meanings out of his most abstract works. Poetry has so many intentions and definitions, and it's almost unintentionally insulting and simplistic to say that O'Hara's works were celebrations of life and languages. This obviously doesn't tell the complete story, nor is it any kind of substantial insight.

I'll close with one of my favorite poems, "Anxiety," written in 1957. As I mentioned above, some works lend themselves to multiple interpretations. With this one, the anxiety presented can also be a look at struggles with the creative process.

"I'm having a real day of it.
There was
something I had to do. But what?
There are no alternatives, just
the one something.
I have a drink,
it doesn't help--far from it!
I
feel worse. I can't remember how
I felt, so perhaps I feel better.
No. Just a little darker.
If I could
get really dark, richly dark, like
being drunk, that's the best that's
open as a field. Not the best,

but the best except for the impossible
pure light, to be as if above a vast
prairie, rushing and pausing over
the tiny golden heads in deep grass (119)."

NOTE: The text of "Anxiety" is not presented in its original book format due to spacing.
at December 03, 2009