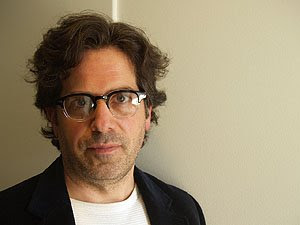 My views and interactions with the writings of Jonathan Lethem are beset by contradictions. I've read only two of his novels, yet I consider him one of my generation's best novelists. So far, I've read only one of his essays, yet "The Ecstasy Of Influence" (a look at plagiarism) is, to me, a perfect example of the complexities and forms of the modern essay. Lethem's written talents are undeniable, and I say this with full knowledge that I'm behind on his canon. So, it's only fitting that when I was about to read "Ava's Apartment," his latest short story (originally published in the May 25th issue of The New Yorker), I was fully expecting a near-perfect piece of fiction, despite (surprise!) that I haven't read any of his previously published stories.

As of this writing, I've read "Ava's Apartment" three times, and there are still contradictions going through my head. I wouldn't consider it one of the better stories I've ever read, but given my admiration for Lethem, I find myself going down every analytical path, trying to give it the benefit of the doubt, and therefore elevate it above my initial reactions. Just as the Vietnam War has been exhausted in film, New York City could very well (in the future--this hasn't happened yet) be exhausted in fiction. However, Lethem is one of the best describers of the city, especially in his 2003 novel The Fortress of Solitude. "Ava's Apartment" is no different, with intricate physical details coupled with the long-expressed notion that one can be very much alone in a city of millions.

"Perkus's shoes were, of course, inadequate for the depth of freshly fallen snow. He'd have walked the eight blocks home in any event--the migraine nausea would have made a cab ride unbearable--but there wasn't any choice. The streets were free of cabs and any other traffic. Some of the larger, better-managed buildings had their sidewalks laboriously cleared and salted, the snow pushed into mounds covering hydrants and newspaper boxes, but elsewhere Perkus had to climb through drifts that had barely been traversed, fitting his shoes into boot prints that had been punched knee-deep. His pants were quickly soaked, and his sleeves as well, since between semi-blindness and poor footing he stumbled to his hands and knees several times before he even got to Second Avenue. Under other circumstances, he'd have been pitied, perhaps offered aid, or possibly arrested for public drunkenness, but on streets the January blizzard had remade there was no one to observe him, apart from a cross-country skier who stared mercilessly from behind solar goggles (Lethem 65)."

Perkus Tooth. It amazes me that there are books available devoted to giving tips on naming fictional characters. Lethem pretty much has the monopoly on intricate names for his characters (Sadie Zapping, a character who appears later in the story, is another fine example). His names work along the same lines as Guy Ritchie's film characters: descriptive, bordering on ludicrous, yet absolutely essential all at the same time.

After being snowed out of his apartment, Perkus takes up residence in an abandoned building being used as a dog shelter. He bonds with Ava, a happy, three-legged pitbull whose personality and devotion aid him as he attempts to create a new identity, one separated from his unhappy existence as a rock critic. In a sense, Lethem flips the usual ideals of the "person meets dog" story. Bookstores are packed with tales of people bonding with animals to overcome physical and emotional setbacks. With Perkus Tooth, the intention is skewed; he uses his connection with Ava to distance himself from his normal human interactions. Yes, he's overcoming an emotional setback, but his ultimate goal is solitude with a very social creature.

The story's ending is rife with intentional ambiguity, with Perkus hinting at a return to his "human" life. Perhaps the story does end abruptly, but going back through the major plot happenings in the previous pages, the ending comes at a logical point, given Perkus's ennui with everything except Ava. His quick actions (leaving an acquaintance's house early in the morning, being denied access to his own apartment, going to the rundown animal shelter) could lead a possible theme being "What really constitutes home?" However, I think Lethem is too talented to have that be the only true question raised by "Ava's Apartment." Personally, my main thought was one that goes against the meanings of a given short story. I could not help but wonder how the story would work as a novel. Lethem moves the actions along strictly, with barely any room to expand or look on the reasons why a given action took place. The characters and elements are in place to be given longer, more precise treatment. There's no reason to question why Lethem doesn't give more personal details on the characters, but given his normally wonderful writing, I was left wanting more. In a sense, this is a compliment rather than a criticism. I wanted more details, because I know that in a Lethem-esque novel, they would become so much more.

(NOTE: I'm going to leave the end of this essay alone, but as I searched for the link to the story, I learned that "Ava's Apartment" is indeed an excerpt from Lethem's next novel.)