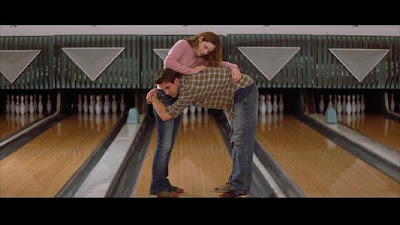 Several months ago, I planned on re-screening and writing about David Gordon Green's 2003 film All the Real Girls. This is arguably one of my all-time favorite films, and while it's taken me awhile to get to this post, it worked out in a wonderful way, analytically. While the definitions of a "great film" are eclectic, I firmly believe that one of the factors is the potential to discover different aspects of a given film on multiple viewings. This is definitely the case with this film. I think my college newspaper review of the film went on and on about the beauty of All the Real Girls as a realistic relationship movie. This is still true, but at that time, I didn't have the sharpest eye for some of the smaller details, not to mention the stunning production design.

The main character, Paul (Paul Schneider) lives at home with his single mother, works odd jobs, and bums around with his friends: Tip, Bust-Ass, and Bo. One of the early shots in the film captures them as children who happen to be adults. They wander around their small town, sharing a single bicycle, and engage in playful banter: 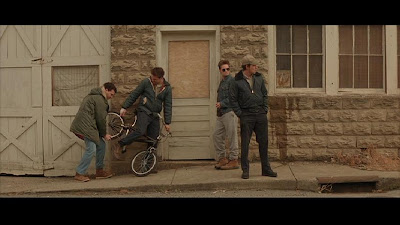 Their friendship gets tricky with the arrival of Tip's younger sister, Noel, who has returned from boarding school grown up. There are immediate sparks between her and Paul, which Tip immediately disapproves of, for two reasons. One, there's always an unspoken rule in male friendships that a sister is off-limits. Two, Paul has a history of sleeping with women in the town and intentionally ending relationships before they start. Noel is played perfectly by Zooey Deschanel: 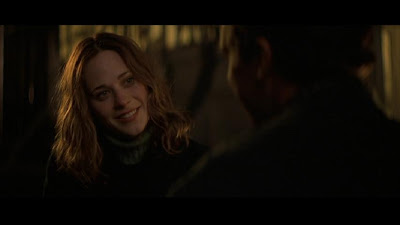 She captures intelligence and innocence, and her physical beauty is not exaggerated, unlike some of the other women in the town whom Paul has bedded. He sees more in Noel than he's accustomed to, and fears Tip's wrath. Quite a few times, he looks over his shoulder before engaging in a simple kiss or conversation with her: 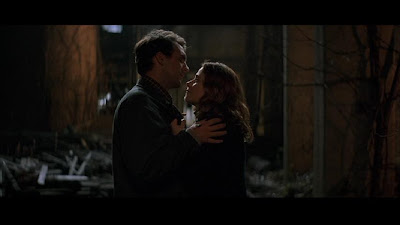 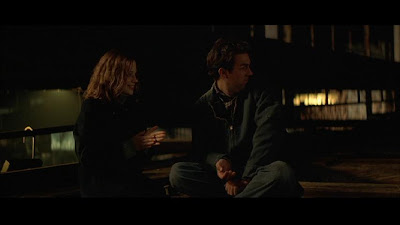 However, his greatest fear is himself and his history. At one point, when Noel reveals her virginity and says that she trusts him, Paul cannot bear to even lie next to her or consistently look her in the eye. Ultimately, as he falls in love with her, human instincts take over, but not in the expected ways. One of the major ideas that I missed in earlier viewings is that the film is not so much about Paul and Noel's relationship, but primarily about Paul finding himself, learning how to be happy, and accepting his mistakes with women.

My recent screening showed a definite hierarchy in the friendships. As similar as Paul and Tip are, Tip has the (for lack of a better term) upper hand, simply based on being Noel's brother and his tendency to lose his temper at a moment's notice. The film later shows that he has a lot more inside than he normally shows: 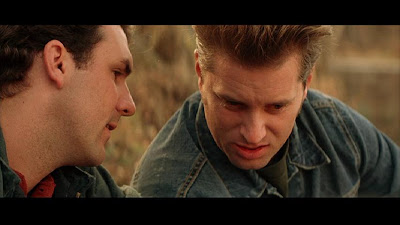 Paul is in the middle by default, because as immature as he is, he's no match for Bust-Ass (Danny McBride): 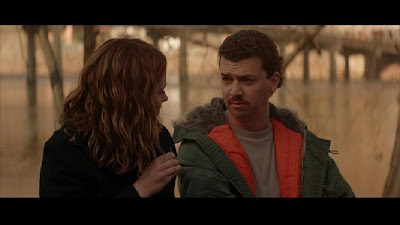 Bust-Ass has his own feelings for Noel, and while he can be chauvinistic, there are hints that he has a sensitive side.

Finally, All the Real Girls has some of the most breathtaking imagery, courtesy of production designer Richard Wright. Jeremy at Too Many Projects Film Club has some excellent writings here regarding Wright's production design on Green's 2000 effort, George Washington. I'll let these images speak for themselves to close this post. Note the stark differences of the landscapes, which all represent the same area. The contrasts between rural nature and rural small town desolation are staggering. 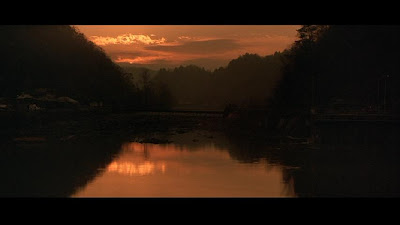 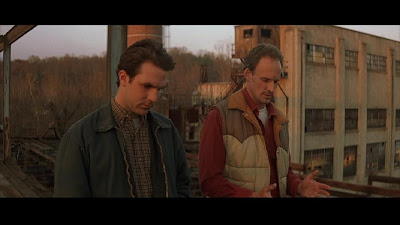 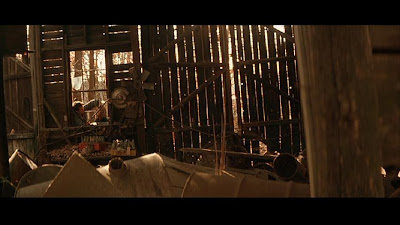 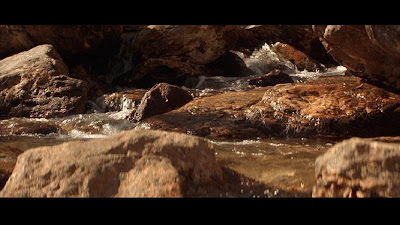 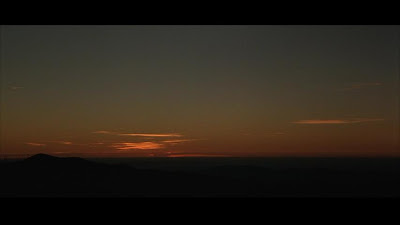 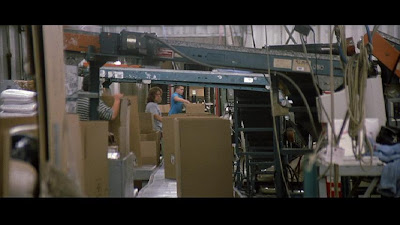 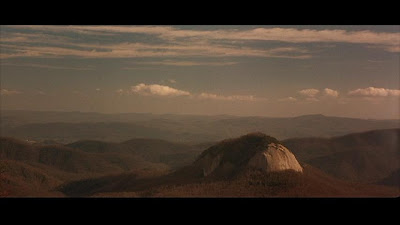 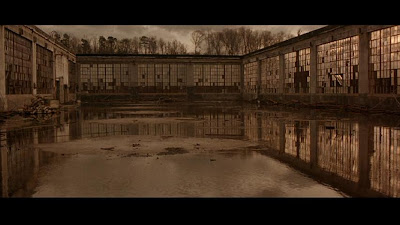 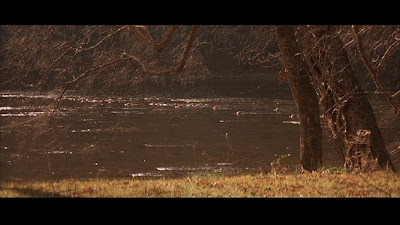 I love this movie, too. Not much more to say than that.