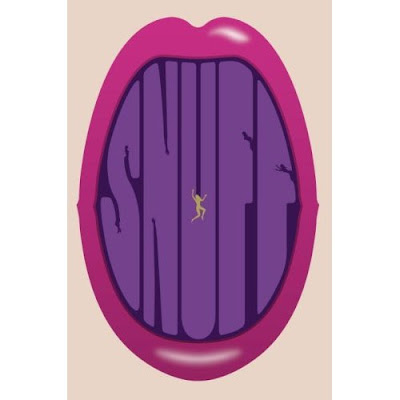 Whenever Chuck Palahniuk comes out with a new book, I always get excited, sometimes against my better judgement. While I believe that a select few of his novels (Fight Club, Invisible Monsters, Survivor, and Choke) are great works, his fiction has rapidly declined in quality since then. His later works run dangerously close to being mere schlock disguised in literary clothing. As of late, it seems as if Palahniuk is sacrificing his talents in order to shock readers. And then shock them some more. While this trait is evident in his earlier fiction, it worked with the story instead of now, when he seems to think of the most subversive acts and tries to weave a novel around them. Despite these criticisms, he will always hold a special place in my love of literature and books. He very graciously provided me with my first interview as a college journalist, which alone fills me with excitement before the release of a new title.

I recently finished his latest book, Snuff, and I'm pleased to report that he seems to be going in a better direction, albeit with some flaws. While not a great book by any means, the "shock values" are toned down, based in what most of us would assume is the seedy, business-like workings of the pornography industry. Snuff tells the story of Cassie Wright, a veteran porn star attempting to set a world record by fornicating with six hundred men on film. It's told mainly by three of the "actors" waiting for their turns, as well as Cassie's assistant. They all have their separate agendas, and Palahniuk deals with these agendas quite well by hinting at them early on instead of relying on a quick, jumbled ending (as he's been wont to do lately). This might seem like an awfully basic plot description, but any further details would require giving quite a bit away.

Palahniuk has always been categorized as a minimalist, and Snuff is quite heavy on that (oxymoron?). The physical descriptions and scenes are done quite well, giving the reader a well-done atmosphere, but moving on quickly. Most of the paragraphs are just a sentence or two long enough to avoid being stylized a la James Frey--stark and minimalist in a very annoying fashion. Overall, especially given its late May release, Snuff feels like a beach novel trying to masquerade as subversive fiction.

Despite my harsh criticisms, the novel does have some genuinely funny moments, and the "porn names" of several major films (A Separate Piece) are creative. Plus, Palahniuk devotes more time to describing factual, historical events that weave in greatly with the story. To borrow the name of his non-fiction collection, it's truly stranger than fiction. It's his way of showing that no matter how depraved some of his fiction ideas are, they're not that different from what happens on a daily basis. Based on his early quartet of excellent novels, I'm fully convinced that Palahniuk still has the talent to blend literature with the bizarre. Snuff isn't close, but much more enjoyable than anything he's published in the last five years.
at June 16, 2008