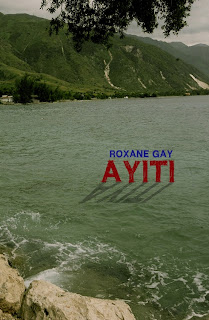 Sadly, I was like many people in 2010: when the earthquake devastated Haiti, I found myself giving more thoughts than I ever had before to the country and the people. Of course Haiti existed long before it was hit by a natural disaster, which made its plight that much more visible. In the wake of news coverage, calls for donations, and the newly placed attention on its citizens, good things came to my attention. My friend Ben was beyond horrified at the devastation and wanted to do more than most people. Instead of being satisfied by a ten dollar donation, he volunteered with an organization called All Hands, spending several months helping rebuild sections of Leogane, west of Port-au-Prince. The earthquake also led to renewed attention on Haitian art and culture, with the 2011 publication of Haiti Noir being one of the more referenced and reviewed examples. Last year, Artistically Declined Press published Ayiti, a collection of stories and sketches by Roxane Gay. I've been familiar with Gay's work for quite some time, as she's one of the more vibrant, talented short story artists working today. Her pieces (both inside and outside of Ayiti) are unique looks at people from their odd (and oddly sexual) standpoints. This book wasn't what I expected, but as I found out upon completion, my expectations of standard, fictional looks at Haitian culture, people, and philosophies were all wrong. By exploring these themes in quick, sometimes minimalist chapters, Gay manages to do what most the most successful "place" fiction should accomplish--it uses fictional characters to create a better understanding of an area's mindset.

Gay is undoubtedly familiar with stereotypes, and these are debunked right away in hilarious fashion:

"When my college roommate learns I am Haitian, she is convinced I practice voodoo, thanks to the Internet in the hands of the feeble-minded. I do nothing to dissuade her fears even though I was raised Catholic and have gained my inadequate understanding of the religion from the Lisa Bonet movie that made Bill Cosby mad at her.

In the middle of the night, I chant mysteriously, light candles. By day, I wear read and white, paint my face, dance possessed. I leave a doll on my desk. It looks just like my roommate. The doll is covered with placed strategically pins. I like fucking with her. She gives me the bigger room with the better dresser. She offers to take my tray to the dish room in the dining hall (Gay 21)."

"[Things Americans do not know about zombis:]

They are not dead. They are near death. There's a difference.
They are not imaginary.
They do not eat human flesh.
They cannot eat salt.
They do not walk around with their arms and legs locked stiffly.
They can be saved.

[How you pronounce zombi:]

Zaahhhhnnnnnn-Beee. You have to feel it in the roof of your mouth, let it vibrate. Say it fast (Gay 25)."

It's tempting to call Ayiti a short story collection; I've even tagged it as such in this post. However, while the pieces are seemingly unconnected (at least by characters), the book as a whole works as a look at everyday lives of people in (or associated with) the country--their actions, beliefs, hopes, and dreams are common, yet tinted with the way life is lived in that area. Gay's looks at people emigrating to America is a touching look at "the American Dream," and shows how illegal immigrants are not limited to Mexico, and do so with the shared hope of creating a better life in the face of serious obstacles.

"When Lucien arrives in the United States by way of a trip to Canada, an illegal border crossing, and hitching rides down to Miami, his cousin Christophe, who made his own way to Miami years earlier hands him a 50 dollar bill and tells Lucien to eat Hot Pockets until he gets a job because they are cheap, filling and taste good. Lucien sleeps on the floor in an apartment he shares with five other men like him, all of them pretending this is better than what which came before. There is a small kitchen with an electric stove that has two burners and a microwave that is rarely cleaned. Christophe tells Lucien that Hot Pockets are easy to prepare.

Lucien is in the United States because he loves Miami Vice. He loves the shiny suits Tubbs and Crockett wear. He loves their swagger. He loves the idea of Miami as a perfect place where problems are always solved and there are beautiful women as far as a man can see (Gay 51)." 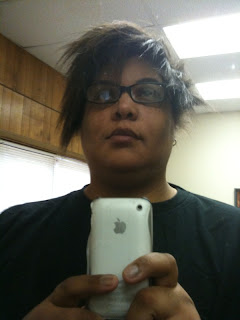 Gay also includes fictional details of Haiti's unsavory history. A character's grandmother survived the Parsley Massacre, a killing ordered by Dominican dictator Rafael Trujillo. The narration combines stunning details and factual details about the massacre, creating a small slice of historical fiction about a genocide that seems to be lesser known than some of history's other mass killings. For all of Gay's variety in styles throughout the book, she uses the narrative to create a detailed, saddening chapter (both in the book sense and the historical sense). Nothing is over-hyped or exaggerated; the account is presented honestly, with the memories of the massacre itself providing its own intense flourishes.

"It was General Rafael Trujillo who ordered all the Haitians out of his country, who had his soldiers interrogate anyone whose skin was too dark, who looked like they belonged on the other side of the border. It was the general who took a page from the Book of Judges to exact his genocide and bring German industry to his island.

Soldiers came to the plantation where my grandmother worked. They had guns. They were cruel, spoke in loud, angry voices, took liberties. One of the women with whom my grandmother shared her shanty betrayed my grandmother's hiding place. We never speak of what happened after that. The ugly details are trapped between the fragments of our family history. We are secrets ourselves.

My grandmother ended up in the river. She tried to hold her breath while she hid from the marauding soldiers on both of the muddy shores straddling the river. There was a moment when she laid on her back, and submerged herself until her entire body was covered by water, until her pores were suffused with it. She didn't come up for air until the ringing in her ears became unbearable. The moon was high and the night was cold. She smelled blood in the water (Gay 59-60)."

In much the same way as it's not entirely correct to call Ayiti a short story collection, it's not correct to attempt to pinpoint an exact meaning or theme from its pages. Of course, the Haitian experience is the linking force, but there's (not sound needlessly saccharine) an overall atmosphere of shared humanity. The lives, loves, and setbacks encountered by the Haitian people in Ayiti can be applied to scores of other people and nationalities. What makes the Haitian experience so unique is the aforementioned, renewed attention and the dominance of stereotypes. What Gay successfully communicates is the fact that Haitian people have a lot of problems, and Western views can cloud that with needless, false assumptions. This is conveyed by a look at the actions of American tourists in the land:

"The Americans, the men, they like us and want us. They think we too are for sale as part of the Hispaniola experience. They offer us their American dollars and expect us to be impressed by the likeness of Andrew Jackson. We prefer the countenance of Benjamin Franklin. The Americans grab our asses and whisper in our ears, leaving their hot, boozy breath on our skin. The less original among them say things like, 'Voulez vous couchez avec moi?' in heavy, awkward French, over enunciating each word. Some of us are indeed for sale or want to know what it would be like to be with a man with such pale skin or we are bored or we just don't care. We tell The Americans to follow us. We walk down the hot sandy beach slowly, shaking our hips and they ogle us and they say vulgar things we pretend not to hear (Gay 82-83)."

Roxane Gay has a wide following in the literary community, and this publication might not have the visibility or promotion to present her works to wider audiences. However, given her stature among other writers, Ayiti has been favorably reviewed and mentioned in the last few months. This isn't a work for anyone expecting a tidy, glossy celebration of Haiti, but rather it's a book that manages to illuminate an intangible sociology. The characters and the land are equally flawed and troubled, and Ayiti shows this without judgement, hypothesizing, or exaggeration. You'll know more about the country than you did going in, but not in the ways you anticipated; personally, I was grateful for this, and these stories are going to stay with me for quite some time.