The Past Is the Present: Wilco's "The Whole Love" 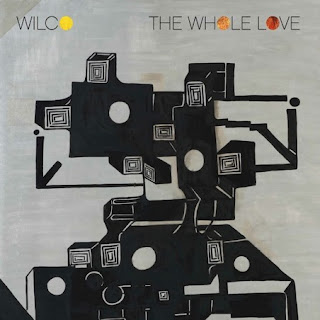 Ever since falling in love with Wilco's Yankee Hotel Foxtrot back in 2002, I've grown as a music listener, as far as branching out into the various bands and musicians I count among my favorites (before that landmark Wilco album, my tastes were limited, to put it mildly). In that time, I've also tried to develop my skill of music critiques, and, inadvertently, the band's subsequent releases have helped in that sense. From 2004's A Ghost Is Born until last week's release of The Whole Love, I've followed a pretty consistent pattern. I become extremely excited when one of their new albums is announced, and I acquire it the day it comes out; as with certain authors and books, there's a limited number of releases that I anxiously await. With Wilco's developing sounds, they haven't released anything in the last ten years that I've immediately embraced. A Ghost Is Born remains one of their most challenging albums, since it's such a painstaking mix of sounds, technical accompaniments, and was drastically different than Yankee Hotel Foxtrot. However, once I had listened to it a few times, it became one of my favorites. Today, 2009's Wilco (The Album) is their only release that I would say I dislike, only in comparison to their previous works. It's fine on its own, but given what they're capable of doing, I found it to be a step back, but it has grown on me more in recent months. Therefore, I was cautiously optimistic about last week's release of The Whole Love, Wilco's first self-released album on the dBpm label.

While not reaching the creative peak of their late 1990s-early 2000s work (which isn't mean to be a criticism, since that output would be nearly impossible to match by anyone), The Whole Love does prove to be an impressive mix and match of songs that highlight the band's styles and previous efforts, and the two opening tracks are the best examples of this. "Art of Almost" is a wonderfully audacious opening track, going all out immediately. It's a seven minute song that ends up going in several different directions, but without being distracting. It opens with a grainy techno beat before seamlessly moving into a steady rhythm, with Tweedy's voice blending with the myriad of sounds going on behind him. Lyrically, it's mildly poetic and doesn't insist on offering a lot to take in, but the focus is on the music, which stuns with its ups and downs and alternations between dance and drone. Normally, this would seem like too much, or like a band trying to show off, but instead, it works as a potential culmination of the styles for which the band is known. They're at home with softer, more introspective songs that feel like poetry set to music, but they can also veer into experimental use of noise. Only after this is the album's first single presented, and having heard "I Might" first, it's an excellent set-up.

When "I Might" was released, it felt like a throwback to 1999's Summerteeth, a catchy, hard-rock jam that allows the contributions of everyone in the band to be heard, a far cry from the arc and technical flourishes of "Art Of Almost." Going by "I Might" alone, one wouldn't have been faulted for assuming that Wilco would revisiting their early sounds. Taking the songs alone, this is true, but having the stunning lead-in only leads to more intrigue. After two drastically different openers, the listener becomes more curious as to what follows. Most importantly, The Whole Love doesn't start off feeling like a "best-of" collection, but rather a reminder of how their previous works have evolved. It's also a nice reinforcement of the concept of the album, rather than a "concept album;" the openers feel strategically placed for this purpose. Again, there's nothing particularly inventive about Jeff Tweedy's lyrics on these songs, which emphasizes everyone else's contributions. 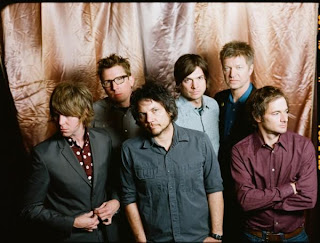 Afterward, the album maintains a continually strong effort. The lyrics end up coming into focus, especially on "Sunloathe" and "Born Alone," the latter containing pieces that rank right up with some of Tweedy's most evocative words, with many potential avenues of interpretation. Unlike the opening tracks, it becomes a better blend of music and lyrics, and also another example of The Whole Love's multiplicities. Sometimes, even the most somber lyrics are presented in the album's more up-tempo songs.

I am the driver at the wheel of the order, marching circles at the gate/
My eyes have seen the flurry, so flattered by fate

For all the mention of Tweedy, the album does feel like one of their better collaborative efforts. Nels Cline's guitar playing always works amazingly well in two ways, featured and as part of the combination, and Pat Sansone has a hand in the album's production. Even though Tweedy's troubles with the late Jay Bennett have been heavily documented, with each passing Wilco album, there's a definite feeling of mutual creativity. While Tweedy is still their face and primary songwriter, there seems to be much more cohesion and input from everyone.

There is only one real critique of The Whole Love: it seems to be the least "album-like" of any of their previous works. For all of the unity of both the band members and the variations on the sounds, it does feel like a collection of (very good) songs, rather than a piece that has any real connection as a whole. However, given their unsteady nature as of late, this can be easily overlooked and forgiven. This is easily their best album in the last seven years, and their independence seems to have made them flourish. I hope that the future brings even more experimental work with their sounds. It's rare to hear a work, or a band, that manages to slip between minimalism, all-out experimentation, and just plain classic rock songs. So in a sense, The Whole Love truly is a Wilco album: they haven't fallen, and there are still new areas of creativity to explore as their years go on. Their identity is the album's theme.
at October 05, 2011